Monastics and Medicines in the West

… I am interested in critically thinking about what the concept of ‘alms’ means in the west. I brought up the idea of monastics eating at soup kitchens, homeless shelters, and using government aid as a requisite. This brought up a thought in me. In the Vinaya how is medicine distribution understood in relation to monastics? I really don’t know the textual answer to this, but I would assume the concept of a requisite is similar for medicine as it is for food; as well as shelter and robs. Someone can please correct me if I am wrong.

My question is then this; how do monastics in the west currently deal with medicine and medical needs? I assume in the early Buddhist texts, or the Vinaya, medicine is distributed to monastics as a form of alms… Honestly, I guess I don’t know if this is true or not. I would think answering this question of medicine and medical aid as a requisite in the early Buddhist texts would help me understand the functional role of food alms in the west and what are its limitations. I hope someone sees my logic.

I moved this post to a thread of its own; as you realised medicine and alms food are different items.

There are two basic forms of medicine: internal and external. I don’t know of any special restrictions to externally applied medicines.

Any substance to be taken internally must first be handed to ordained Sangha by laity, other than water and tooth care. And anything else taken internally must fit into one of four categories: almsfood, juice, medicinal tonics, and medicines. Each category is described in detail in the Vinaya. And each category is distinguished by the time limits within which it may be ingested.

*ALMSFOOD is the broadest category, encompassing almost anything considered edible, with a short list of items forbidden for specific reasons (for example, horse flesh is forbidden b/c horses are held in admiration). Food has the most restricted timeframe: it must be offered between dawn & noon, and consumed or disposed of before noon on the same day. (Nor are monks allowed to keep leftovers for another day.)

*JUICE is pretty much what you’d expect, generally the squeezed juice of fruits. There are some details not worth getting into here. (Be aware that watermelon juice and coconut juice won’t be accepted by some observant monks yet will be by others, depending on interpretation of a Pali phrase.) Juice can be offered at any hour, but must be consumed or discarded before dawn of the same day.

Liquid from foods such as nuts, beans, grains, or cooked vegetables, are not juice. The juice must be thin, not pulpy, and not pureed. Western supporters often want to offer non-allowed healthy expensive juices that contain pureed fruit or banana (which is a food). I usually have to filter pulp out of any fresh juice that gets offered. Observant communities in the West vary in their approach to unopened shelf-stable juices, since there’s no concern about potential for fermentation.

*TONICS are a specific short list of foods deemed medicinal in Ayurvedic medicine that the Buddha approved to consume as medicine. (Mere fatigue is a good enough reason to use them.) This was a shrewd move by the Buddha to ease the no-food-after-noon rule for those who needed to consume something in later hours yet without opening the floodgates to gnoshing at all hours.

As applied today the tonics exception broadly allows any sugars & oils. The list includes an Indian cheese curds that opened the door for modern dairy products to be potentially allowed, depending on one’s community’s interpretation. (The tonics exception is why you may see an otherwise ascetic Western monk munch on cheese or a slab of dark chocolate at night.)

Tonics may be offered any time but must be consumed or disposed of within 6 nights. Whether they can be re-offered beyond that time, and by whom, are protocols that vary among communities.

The most common tonics-related mistake by Western supporters is bringing after noon chocolate bars containing milk -which remains technically a food, hence making the chocolate also a food not an allowed tonic. Followed closely by the error of bringing dark chocolate containing bits of non-allowed fruits or nuts.

*Now finally we get to MEDICINE. Medicine for internal consumption must belong to one of several lists of medicine found here & there in the Vinaya. It is a complex topic. Anything deemed a medicine is allowed to be kept and used indefinitely; I like to say that it’s good for the life of the product.

Western monks typically consider most pharmaceuticals to belong to the approved category of “salt-based medicines” hence are allowed. Non-nutritive roots are allowed, hence ginger is a medicine. Coffee and tea are medicines to most monks, but reportedly not in Myanmar (where tea leaves are eaten as food).

A point of tension between observant monks and helpful Western supporters is protein powders, which usually have non-allowed ingredients even though the powders do have a medicinal status in our culture.

So it looks like your intuition was correct that an explanation of medicines would help you understand almsfood rules, at least in a general sense.

Now, to answer more specifically how medicines are handled in monasteries, usually I’ve seen cupboards or shelves set aside for shared medicines for monastic residents, containing everything from tea to Tums to Advil.

In the same area they may store any shared 6-day tonics such as sugared ginger (yes ginger is a medicine but the sugar makes it a tonic) or dark chocolate bars. But I’ve also seen these be kind of locked away and only brought out in the evenings or for special late-night meditations.

If these tonics or medicines are offered to the whole Sangha, it’s usually considered correct to give all the monks access to them, perhaps after letting senior monks have their pick first. But if items are offered to an individual, he or she is under no obligation to share.

Pharmaceuticals in the USA can pose logistical challenges due to their high cost, particularly in states that lack medical support for the poor. Each Sangha must make their own protocols according to their ability and their conscience.

In my little (currently one-monastic) Vihara, the Vihara’s Board of Directors periodically gives me a CVS pharmacy gift card to be used only for obtaining medicine. (The Vinaya allows monastics to obtain items on credit, but that’s a pretty big loophole with today’s credit cards and gift cards, so each community of monks must decide what kind of credit, if any, they’ll accept.)

Oftentimes a lay supporter will pick up (and pay for) any needed medicine for me from CVS. These days, however, I mostly rely upon valuable Chinese herbs which my traditional Chinese medicine practitioner generously provides to me without charge.

In the EBTs, contentment with medicines meant being content with “fermented urine.” I wonder what the equivalent of that today is? I mean, medical treatment has drastically improved since then.

Charlotteannun, Wow, amazing response. I assume in Australia and in Europe, as in Sri Lanka most monastics go to the public hospital for care and treatment. Because Sri Lanka is predominantly Buddhist I think they even have special monastic rooms in the public hospitals for Venerables.

Sorry I overlooked your question so long.

It probably refers to a homemade vinegar. It’s specifically mentioned in terms of “contentment” not to suggest that other medicines are inappropriate for monks to use, but to point it out as something monks can obtain (even for internal use) on their own without the assistance of laity. Contentment with it means accepting the fact that one may not be able to get anything better.

My vague understanding is that other medicinal substances are allowed to be pickled in it.

Perhaps another monastic can assist my memory here - aren’t ashes/charcoal also allowed for internal medicinal use without having been offered? Anything else?

Thank you, Ven. @Charlotteannun, for the clarification! That does make the rule sound a lot less restrictive and more practical.

In Australia we have free public healthcare (GP, radiology etc.) for ‘low income’ members of the community. This also allows for heavily subsidised medicines. For example my asthma medicine is about $6, which is then purchased by the anagarikas out of monastery funds.

In Australia we have free public healthcare (GP, radiology etc.) for ‘low income’ members of the community.

Sadhu ayya. A minor correction it is free for everyone who makes use of ‘bulk billing’ practices, not only for the low income.

Dear Venerable @Akaliko, would you please explain to the users why you closed this thread? Thank you,

I promise it wasn’t that the power had gone to my head! 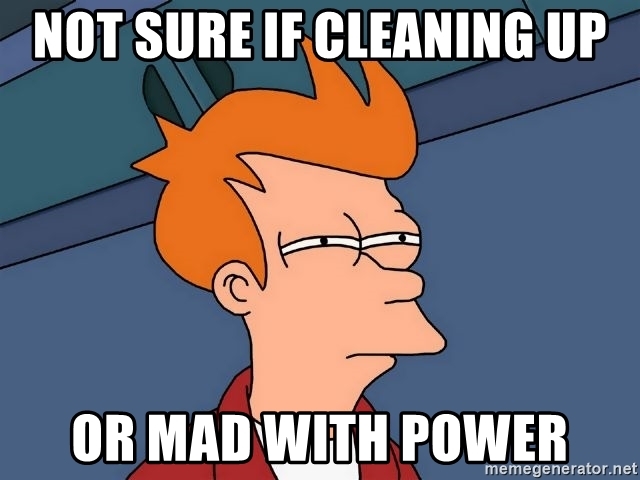 Now I’ll see if I can unlock it on purpose! Sorry everyone!

I promise it wasn’t that the power had gone to my head!

& With such an amazing apology, I don’t think we have any choice but to forgive you immediately.

Well done with the unlocking

and please promise not to tell anyone how it’s done.