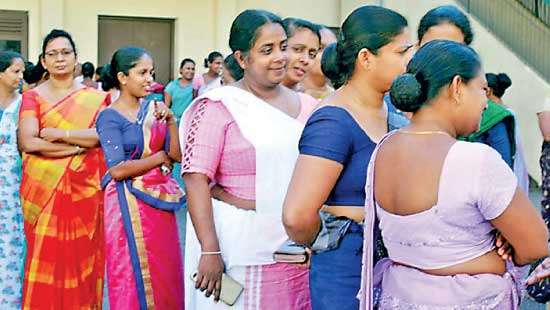 Recently, a rather unusual and indeed needless debate hobbled the country’s schools after a group of teachers ditched their sarees, the standard attire for female teachers in public schools, in favour of more comforting clothing of the ..

On Sunday morning, I was walking through an airport terminal and noticed a large HSBC billboard advertisement comprised of various persons of different racial make-ups. Superficially, one would conclude this corporate advertisement was a promotion of racial diversity & inclusiveness; however it was difficult to not notice how the persons in the advertisement were all dressed in a certain manner of ‘sensual’ Western attire. In other words, instead of promoting cultural diversity, the HSBC advertisement seemed to be about a single homogenous corporate culture. We see this on TV (when I see it) all the time; advertisements with people of race but all conforming to the same Western dress standards that happen to be promoted by Western multinational corporations.

Personally, I stopped reading the article once I read the word “regime”.

Did the writer of the article actually confirm there was no well-funded NGO campaign behind the move?

I have watched many videos tracing the work of Western NGOs in Thailand and Myanmar back to Washington. The fact about Western NGOs and larger entities such as the Washington-based National Endowment for Democracy is their website are often quite transparent about the kamma they are doing and which NGOs they are funding.

Well, the male teachers ditched their Dhoti/ kurta attire a century ago, didn’t they?..

A group of indigenous activists can be supported by international groups without being a front.