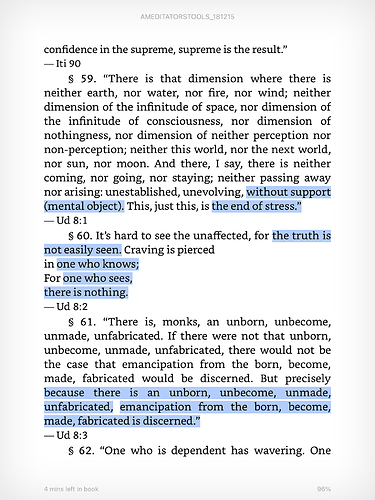 What is the difference between Spiritual and material consciousness? Maybe the Buddha’s Dhamma is only referring to one of these when He says that consciousness ends, then comes Nibbana. In simple terms can Nibbana be described as a Spiritual Consciousness?

That the progressive cessation of suffering (unbinding) is blissful explained:

“Furthermore, there is the case where a monk, with the complete transcending of the dimension of neither perception nor non-perception, enters & remains in the cessation of perception & feeling. And, having seen [that] with discernment, his mental fermentations are completely ended. So by this line of reasoning it may be known how Unbinding is pleasant.”—Anguttara Nikaya 9.34

There is a sutta which describes that, after the death of an arahant, there is a ‘pleasure’ though it is not a ‘pleasant feeling.’

Iti 44 refers to two types of Nibbana, which are:

The word dukkha (suffering) has various connotations. In ordinary speech it is opposed to sukha (pleasure). From that perspective something that is felt as pleasant is not dukkha. But in a higher sense of the word even pleasant feelings are dukkha.

It’s the same with sukha. In the highest sense of the word the absence of feelings is “pleasant”. Parinibbana, which includes the cessation of consciousness, is not something you experience as pleasure. But it is pleasant in the sense that it is the absence of dukkha. So Ven. Sujato translates sukha as ‘bliss’ in the sutta you were referring:

When he said this, Venerable Udāyī said to him, “But Reverend Sāriputta, what’s blissful about it, since nothing is felt?”

“The fact that nothing is felt is precisely what’s blissful about it. (AN9.34)

Consciousness and feelings are intrinsically connected. So if you don’t feel anything, you aren’t conscious either.

Feeling, perception, and consciousness—these things are mixed, not separate. And you can never completely dissect them so as to describe the difference between them. For you perceive what you feel, and you cognize what you perceive. (MN43)

I.e. consciousness without an object is impossible. That’s not what “without support” refers to either.