For our users: we upgraded Discourse yesterday, and there seems to be some problems. If you experience any glitches, just be patient, it should be resolved soon.

If you get a 500 error when posting (like I did just now) just try again.

the font of the Discourse became kind of ugly

Hopefully it should all be fixed now, please let us know if anyone experiences further problems.

is there a chance of reverting to the previously used Discourse font? it still to good effect is used in the message composition window preview

You’re talking about the “preview” font that appears in the right-hand pane when writing, is that correct? Discourse must have changed their coding for that. Let me know if this is fixed for you now.

of the right-hand pane preview font i talked as of a preferable one and which had been retained from the previous version in contrast to the global font of the Discourse, which had changed

but today i see that the preview font has also been replaced and so now my question covers the entire Discourse, that is any typed out text, is this possible?

Sorry, I’m not understanding you. Can you be more specific? I don’t think we have made any changes to the fonts on Discourse.

First try refreshing your browser cache. If the problem is still there, use the browser inspector to determine exactly what font is displaying (under “computed styles -> rendered fonts”), or share a screen shot.

i’m not stating that you did, the change occurred as a part of the global update i suspect, but you must have noticed it, haven’t you?

unfortunately i’m not sure i can provide a snapshot of a previous state for comparison, it’s not been saved anywhere

i’m attaching the screenshot of a current state, is this the font visible to yourself as well? 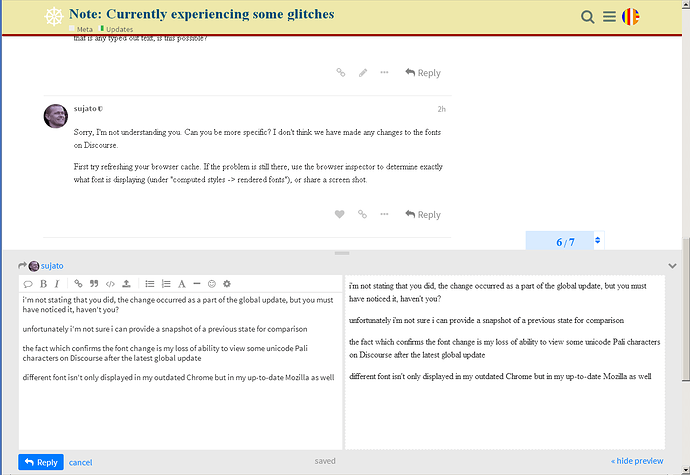 Okay, thanks. Yes, this is incorrect, and no, I don’t see this, for me it’s just the same as it always has been. You’re in Russia, right? I wonder if there’s some local blocking of resources. @blake, can you look into this?

in Ukraine to be exact, which is in the same direction

this is what i get in the Chrome inspector, some fonts don’t load 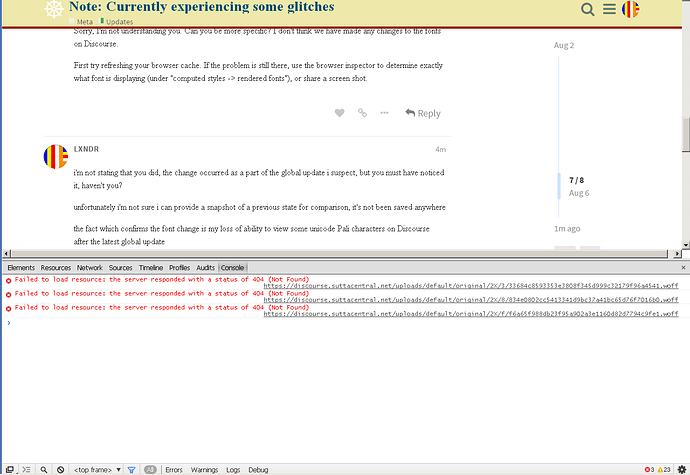 Okay, yes thanks. And I just discovered that I have the same problem here, so it’s not locality based, it’s that the font delivery is broken. I have the same fonts installed on my system, which is why I didn’t notice. @blake, have at it!

Thanks for the inspector screenshot. This issue should be fixed now, it looks like the font files got “garbage-collected” in the update, I’ve re-uploaded them.

is there any possibility of manual tweaks? 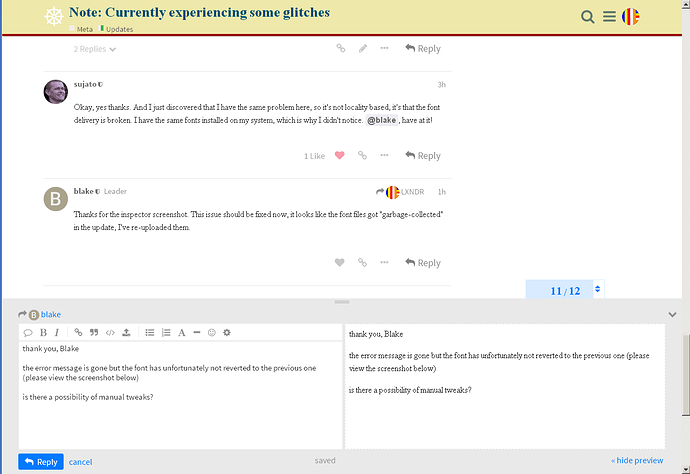 Thanks @blake. The fonts have been fixed for me. @LXNDR, can you share us another screen shot with the inspector? Also, try a hard refresh again, sometimes these things have a certain stickiness!

i attach the inspector data screenshot and Mozilla’s screenshot

there’s now difference between the fonts displayed for me in Chrome and Mozilla but the one in Mozilla is still not the one used before the update, which was sans-serif if i’m not mistaken 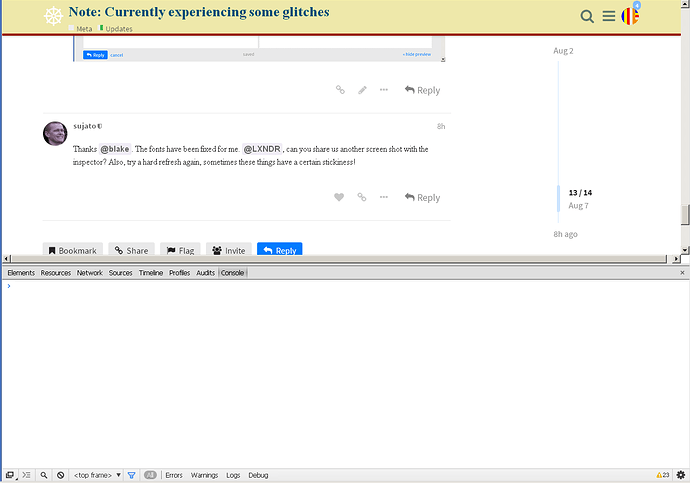 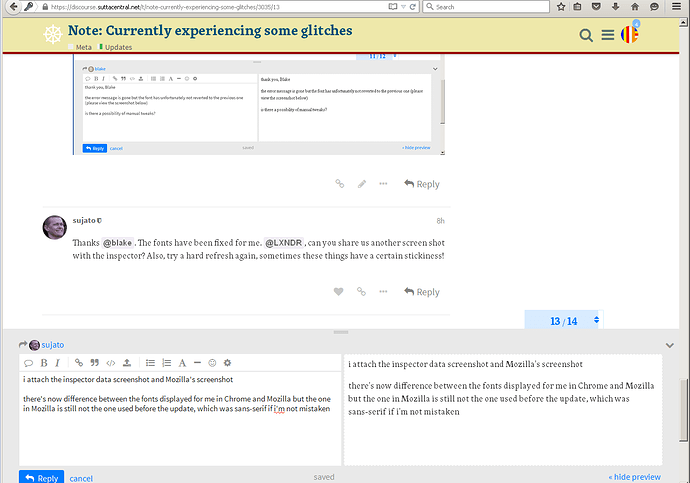 Okay, thanks. the Mozilla screenshot shows the correct font in the heading—and no it’s never been sans-serif, it’s Skolar PE. For font sizes smaller than the heading, the resolution isn’t good enough to be sure, but it looks like Skolar.

The Chrome shows an incorrect font, but no errors in the inspector. As I’m also getting no errors here, I’m not sure what else we can do.

thank you for your efforts