Bhante @Brahmali, I’m wondering if you know why some main headings for Pali Vinaya sections don’t have numbers in them. It seems that they are missing for the Bhikkhu Pr and Ss. For example:

Hi, Venerable! Yeah, it’s a bit random. I’ve raised a number of issues with the powers that be, but it seems the team is overworked. I hope to get all these little things sorted eventually, the definition of “eventually” being highly flexible. So I am pretty much resigned to leave things as they are for the time being.

Thank you, Bhante. And of course thank you for all of your hard work.

Do you know if it is just a matter of creating a pull request with the numbers added? If that is what is needed I should be able to do that fairly easily. I’m working on a different project to add the missing blank segments.

I don’t know, but if you wish to give a shot, great! I am always grateful for any support I get. By the way, I will be visiting the US early next year. Should we meet up?

I have created a branch of unpublished here:

I have added numbers in the Pali to match what is in the English in bu-pj, bu-ss.

Do you know what is going on in bi-pd? What is the extra “.5.2” doing there? Should it be removed?

I’m also really confused by the Parivāra. For example section 1.3 seems to be identical to section 1.11.

What is your expectation for the Parivāra numbering?

In the case of bi-pd the Pali should really read 2-8 just like the translation. The initial 2.5 refers, respectively, to the Bhikkhunī-vibhaṅga (the second Vibhaṅga) and the fifth chapter of offences, that is, the pāṭidesanīya. Elsewhere it seems Bhante Sujato has stripped these number out. So presumably this is an oversight.

As for the Parivāra, you are right that these sections are very similar, but not in fact identical. Here is the difference for the first rule:

As for expectations when it comes to numbering, I don’t really have any.

Lack of expectations, oh what bliss!

But now that I look at it, section 1.11 should really be numbered as such, not as 1.3. The same is true of the other sections in this and the following chapter where there are duplications, such as 1.12 to 1.16 (which are now labelled as 4 to 8). So I suppose I would suggest following the Pali numbering scheme.

Thanks for putting in an a effort to sort this out!

So I suppose I would suggest following the Pali numbering scheme.

So when you say this, are you talking about the numbers each file has here: 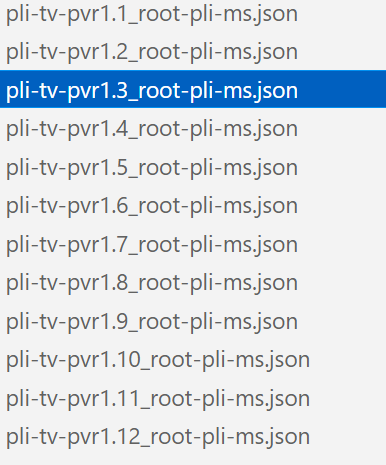 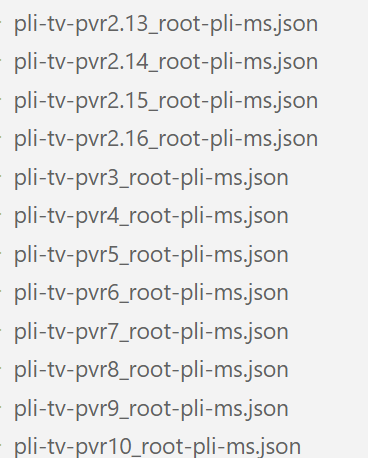 but not in fact identical.

Apologies. I was lazy and should have done an actual comparison.

So when you say this, are you talking about the numbers each file has here:

Yes, do you think that will work?

Sure. I know almost nothing about the Parivara or where any of the numbering systems came from.

I’ll make the changes and see what Bhante Sujato wants to accept. Thanks!

Thanks for taking care of this! I will check your PR when it is ready.

Hope everything makes sense. At one point I completely overwrote one commit accidentally, so that is why you see heading numbering twice.

Just checking this one, is this right?

there’s usually no numbers on vaggas?

Yes. Sorry about that. That number should not be there. Only the rule name, Lahupāvuraṇasikkhāpada should have the 12.

Can you make the change, and check it doesn’t happen elsewhere?

Sure. Let me take a look.

BTW how are you going in everything happening in SL? Things still ok for you?

We’ve been extremely well looked-after, but yeah, there were really, really long queues for petrol everywhere. They include a lot of tractors, which doesn’t bode well for the farms.

In Colombo i stayed near the “struggle” site, we could hear them screaming themselves hoarse until 4am. There’s a little village of tents, with banners on the street-poles, essentially a kind of 'occupy Colombo" at Galle face. But not many people, at least not while we were there. Mostly agitators yelling slogans at emptiness. It seems people have gone home. TBH my main impression was that the authorities are pretty tolerant for letting them go on.

A weird sight in Jaffna: at some Hindu festival, there were guys hanging themselves from hooks; but they were suspended from a pole at the front of a truck that was driving through the villages. They were bouncing away, suspended by hooks, paraded through the streets. Wild!

We also saw a very old monastery site that’s being excavated in the area, including a stupa and other remnants. Deep in the jungle, but at one time it must have been a thriving center, they say there were 500 monks there.

OK, that was the only place I could find.

Somehow committing that change seemed to have put it into the PR automatically?

I was also wondering if you wanted to have numbers for the 22 chapters of the khandhakas.

I was also wondering if you wanted to have numbers for the 22 chapters of the khandhakas.

Checking how they handle it in the Mahasangiti, they have navigation files with the khandhakas numbered, eg.

then the text is broken into individual sections where the sections are numbered, not the khandhakas:

So I guess probably yes? Add the numbers!

Thanks for working on this!

alright, let’s blow everything up!