Obscurities in the Aggañña Sutta

These are just some random notes/jottings which have been stuck in my head since I read Piya Tan’s Aggañña Sutta article which quotes Bhante Sujato. I have been amazed (fairly obsessed) by the quotes from “Beginnings” ever since- both due to the parts I understood, and the parts I couldn’t (afterall, it was a creative rendering). I was trying to keep off the internet but Ajahn Brahmali says that there are worse things you can do than being addicted to Sutta Central? Anyway, I figured that I would post some things which have occurred to me about this sutta for the benefit (or frustration) of others. To appreciate this, it might be helpful if you read Piya Tan’s article first or are familiar with an “embryological” interpretation of the sutta. http://dharmafarer.org/wordpress/wp-content/uploads/2009/12/2.19-Agganna-S-d27-piya.pdf
“Cosmogony and Conception- A Query” by FBJ Kuiper is also helpful: https://www.jstor.org/stable/1061905?seq=1#page_scan_tab_contents

I numbered my notes, which deal with some obscurities in the sutta (particularly the conception/birth/descent sequence). I take an embryological reading “for-granted” as many of the symbols here (such as the year) are a standard way of indicating birth in other texts. 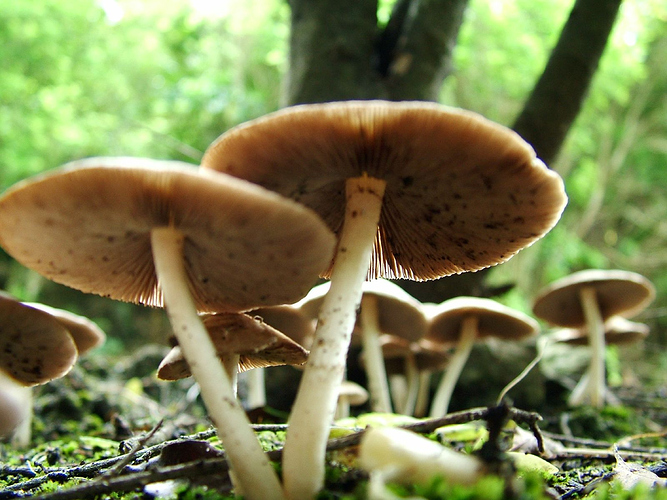 -(8) If you read sappy creeper=Soma=milk, this is where breastfeeding would go. Bhante had this sequence as meaning various types of solid food. But surely any sappy Indian vine is soma, and therefore, according to Brahmanical logic, also milk (milk replaces Soma in the agnihotra sacrifice). A reading from the medical texts also reminds us that sap means “blood”- didn’t the Buddha say that mother’s milk is called “blood”? Now we have done the full cycle of bodily fluids: milk as semen/blood, and Soma as breastmilk (mother’s blood).

I hope that my humble notes can help anyone who is struggling with this sequence (except for no.s7-8, which are probably me imagining things again). One of the beautiful things about great texts is that they are normally open enough to allow multiple readings and reverberations -but Buddhist texts are didactic and normally very specific, and therefore, they should be interpretable in a finite sense within the broader horizons of Indian religious thought. The meaning might need to be drawn out (with only limited success in this case- this post isn’t called “obvious points in the Aggañña Sutta”), but EBT’s aren’t ever truly esoteric!

Thanks, some really cool points here.

When translating this text I realized that there were a number of problems with earlier translations, some of which bear on your points here, so I’ll give some of my notes here.

I think previous translations of this are incorrect. The operative word is the obscure samatāni. I wrote the following note:

The reading and sense of samatani is obscure. RD and MW evidently derive it from samanta, in line with comm: “Samatanīti patiṭṭhahi samantato patthari”. This seems to assume an otherwise unattested verb form of samanta. However, I think it is more likely connected with santānaka in the next line, in the sense of “networks” or tendrils appearing in the water, a clear enough description of curdling. This is supported by the Sanskrit at SF 277, which has “saṃmūrcchitaḥ saṃtanoti tadyathā pakvasya kṣīrasya śaraḥ saṃmūrcchitaḥ saṃtanoty” Sammucchati, which is absent from the Pali, I think clarifies the meaning. It is also found at Mu-Kd 17. Rasapathavi is also obscure, and nowhere, i think, explained in comms. At SN 5.9 we have pathavirasa in the sense “nutriments in soil”. SF 277 and Mu-Kd 17 also have pṛthivīrasa, so we probably should take the exact form too literally. RD and MW translate “savoury earth” which is not satisfactory. The substance is clearly described, and it is not earth. And rasa more likely means “juice, nectar, essence”. Given the divine context, and the description, I believe this is related to the nectar of the gods, which I think was originally honey.

After a very long period had passed, solid nectar curdled in the water.

Note that the verb sammucchati (= “curdle”) is found rarely, but one prominent passage is in DN 15, where it refers to the embryo “curdling” in the mother’s womb. So the idea that the rasapathavi can be seen as a metaphor for semen definitely stands.

bhuumi-pappa.taka stand in symbolically for placenta

I am not sure why there is such uncertainty about pappaṭaka. Surely it must = papaṭikā = Skt prapāṭikā = shoots, sprouts.

When their solid nectar had vanished, ground-sprouts appeared to those beings. They appeared just like mushrooms.

Note that the Pali for “mushroom” is ahicchattaka, lit. “snake’s hood”. The image of a snake in its hood could easily represent either a sexual metaphor or the embryo in the womb, or both.

Readings and meaning of padālatā are uncertain. It has usually been understood that the second element = latā creeper. But this leaves the first part unexplained, and comm’s bhaddālatā is unconvincing. It also leaves unexplained the connection with kalambukā, unconvincingly translated by RD and MW as “bamboo”. I think padālatā is related to padālana in the sense of “bursting”. Kalambukā is probably the fruit of the kadam tree, described thus: “small, fleshy capsules packed closely together to form a fleshy yellow-orange infructescence containing approximately 8000 seeds. On maturing, the fruit splits apart”. Thus padālatā would be a kind of bud or seed pod that splits open, somewhat like a fig or pomegranate.

When the ground-sprouts vanished, bursting pods appeared, like the fruit of the kadam tree Neolamarckia cadamba, with English common names burflower-tree, laran, and Leichhardt pine, and called kadam locally, is an evergreen, tropical tree native to South and Southeast Asia. The genus name honours French naturalist Jean-Baptiste Lamarck. It has scented orange flowers in dense globe-shaped clusters. The flowers are used in perfumes. The tree is grown as an ornamental plant and for timber and paper-making. Kadam features in Indian religions and mythologies. A fully mature kadam tree ca...

Thank you so much for the wonderful reply! This completely amazing and has made my year.

I am not sure why there is such uncertainty about pappaṭaka. Surely it must = papaṭikā = Skt prapāṭikā = shoots, sprouts.

I just actually read the commentary and Buddhaghosa seems to think that pappa.taka are like dried placenta (kalala membrane? My commentarial pali is not 100% up to scratch- I just squint and pretend it’s weird sanskrit/canonical pali having a bad day). Commentary supports earth-cakes, i.e. pappa.ta or pappadums or papad or appam or appalam or hoppers. Earth-hoppers. I think papa.tikaa is a different word. But also a wonderful and interesting reading.

Note that the Pali for “mushroom” is ahicchattaka, lit. “snake’s hood”. The image of a snake in its hood could easily represent either a sexual metaphor or the embryo in the womb, or both.

I thought that this meant that the snakes used them as umbrellas (chattraka/chattaka), snake-umbrellas. All the lovely pictures in my head of snakes with tiny parasols have just been shattered.

Readings and meaning of padālatā are uncertain.

Chinese gives (T10) 林藤復生，如迦籠嚩迦枝…after doing some magic and reconstructing the phonetics = reconstructed Middle Chinese /kɨɑ/ luŋ/ bu /kɨɑ/ plant= kalambuka. 林藤 is definitely a “vine”. Not that that adds anything to what has appeared elsewhere/in other versions. It would make more sense if it were a type of fig, actually.

This reply alone nearly makes up for the fact that there are still Chinese texts labelled as “paritta” on Sutta Central, thank you Bhante.

Not on the new site, I promise!