On eyes and balls

In MN 56, when hearing that his disciple Upāli had been converted by the Buddha, the Jain leader Mahāvīra is depicted as being practically apoplectic. He reprimands Upāli with some memorable similes, similes which, however, I think have been misunderstood.

The point here is that Upāli went to the Buddha in order to teach him, to disabuse him of his mistaken ideas and convert him to the real truth, Jainism. But he came back himself converted.

The problem here is that it depends on reading the two quite different words hāraka and ubbhata as having the same meaning. But the basic sense of hāraka is “bringing, delivering”. The PTS dictionary includes “removing” in its definition, but this is a minority sense.

Based on a range of sources in Tibetan, Sanskrit, and Chinese, Ven Anālayo develops a case that the metaphor is about someone who goes in search of something (either eggs, an alternate sense of aṇḍa, or myrobalan, an alternate meaning of akkhika) but comes back having lost their own balls or eyes. While this may work for the other texts, in the context of the Pali the whole reading seems odd and artificial to me, and I can’t see how the metaphor applies. Upāli wasn’t searching for something, he knew what he had already. Anyway, hāraka doesn’t mean “search”.

Let’s come back to the basic metaphor. Does Mahāvīra send out Upāli on a mission to “castrate” or “blind” the Buddha, even if only metaphorically? Why would he do that? It doesn’t seem very nice, and certainly not something that a compassionate spiritual leader would do. Even when acting in a hostile manner, religious leaders almost always believe, and say, that they are acting in the other person’s best interests.

Mahāvīra believes that he has vision and wisdom, and that Gotama doesn’t. Why would he want to blind someone who is already blind? Surely he would want to convey vision to him. Is that not the clear purpose of the mission: to deliver wisdom to the blind?

This means we can translate simply according to the plain meaning.

I so want to translate ‘balls’. Does that make me a bad person?

For someone to deliver organs to another is odd, but I suspect that’s part of the point. Mahāvīra is going a bit nuts, and his similes lack the groundedness of the Buddhas’. I suspect the confusion around this stems from an attempt to over-rationalize. At the same time, the physicality of it agrees well with the physicality of the Jaina doctrine, which is, after all, the theme of the sutta.

Incidentally, the commentary refers to the coarseness of the speech here (duṭṭhullavacanampi).

Mahāvīra is going a bit nuts …

I think “balls” is great. It gets the message across and is kind of duṭṭhulla. Sometimes bad is good …

No, that was pure Freudian slip.

I might quote you on that, frequently and out of context.

One of the nice things about this sutta is the combination of elements; rational teachings, personal drama, some funny similes (the dyed monkey), finishing with inspiring verses of faith.

But for me the hero of the story is the gatekeeper. He’s just so patient.

In the US, we have an expression ( I don’t think I use it much…) to the effect “that was a ballsy move,” or that was a “ballsy (sports) play.” Similarly, in Spanish, one can act with “cojones,” meaning with a lot of courage or boldness. So, I’d toss out " Suppose a man went off in a rather ballsy way, and came back castrated."

It took some cojones just to join this conversation.

Does Mahāvīra send out Upāli on a mission to “castrate” or “blind” the Buddha, even if only metaphorically? Why would he do that? It doesn’t seem very nice, and certainly not something that a compassionate spiritual leader would do.

But it seems Mahāvīra would be happy to see Upāli go off and try and rough the Buddha up (if only in debate) when Upāli says:

I’m not sure Mahāvīra would not like to see the Buddha castrated or blinded (even if only metaphorically).

It’s not really the same. Yes, those similes are kind of rough, but there’s no sense of deliberately harming or maiming the sheep. It’s just talking about how a sheerer will grab a sheep and pull him around, which is needed to get the job done.

I might quote you on that, frequently and out of context.

Above all the whole story of the MN56 beautifully depicts how non-Buddhist is the act of debating only for the sake of debating, or proving one’s views and bringing others down.

Albeit to some extent in contemporary Tibetan Buddhism debating is considered key in one’s development of wisdom I think it just cannot be traced back to the Buddha and his first disciples.

I understand that the EBTs list as a key awakening quality or factor (bojjhanga) individual memorization, pondering, examination, investigation and verification of the Dhamma (dhamma-vicaya) , together with presence of mind / mindfulness (sati). And in the MN56 we see the Buddha saying :

In this sense sati and dhamma-vicaya are key bojjhangas in the supporting of the development of spiritual energy / effort (viriya) and the beautiful and inspiring experiencing of rapture (piti) and tranquility (passadhi) - which in turn serve the key role of setting the stage for liberating stillness (samadhi) and equanimity (upekkha) to estabilish in one’s heart.

The whole idea of having to push into others’ heads a certain teaching or point of view is in just incompatible with the natural transmission of the liberation-dooming Dhamma big-picture suttas like the SN46.3 depicts.

And suttas like the MN56 show how the Buddha skillfully managed people who came to him with that wrong debate-based battle bias in their minds.

He would make very careful use questions and answers to make evident one’s contradictions and offer something to investigate in turn: the gradual teaching with the unveiling of four noble truths (and its ennobling tasks) at the very end. And with that Upali himself attains to stream entry right there on the spot!

Let’s come back to the basic metaphor. Does Mahāvīra send out Upāli on a mission to “castrate” or “blind” the Buddha, even if only metaphorically? Why would he do that? It doesn’t seem very nice, and certainly not something that a compassionate spiritual leader would do. Even when acting in a hostile manner, religious leaders almost always believe, and say, that they are acting in the other person’s best interests.

I agree with that, but isn’t it simpler to conclude, then, that the composers of this and similar suttas about the Jains and the Nigaṇṭha Nātaputta simply did not have very positive views about them and their perceived (in the suttas at least) predilection for aggressive and belligerent debating? We also have the Culasaccaka sutta as an example of “Jains behaving badly” - in the eyes of the Buddhists.

Although the proposed translation might be consistent with other uses of hāraka,the result simply makes no sense. Why in the world would anyone go to deliver testicles?

Yerh but the way it sounds like to me is that it’s not a very nice thing to say…bit disrespectful. Maybe I’m just being a bit precious.

the result simply makes no sense. Why in the world would anyone go to deliver testicles?

It’s just talking about how a sheerer will grab a sheep and pull him around, which is needed to get the job done.

And believe me, it’s very hard work! A sheep is 50 kg, not very cooperative and very dirty. It is more like wrestling them; you do it with as much care and kindness as possible, but of course they don’t understand it. I did this every year for a few years. It is necessary for the sheep because they do not loose their wool naturally and if they keep the wool, they get overheated and get maggots.

Ayya, you are full of surprises.

Bhante, I understand it is a metaphor. But metaphors are figures of speech in which something abstract and possibly difficult to grasp is illuminated by being compared with something more familiar or concrete. But who are these people who might go to deliver testicles? Isn’t the foundation of this proposed metaphor a bit of a head-scratcher?

I don’t think we can avoid the general impression that the Nigantha Nataputta is presented in the Pali Suttas as a not very admirable figure, and as given to heedless aggression. Some of the things about him that are illustrated in this sutta, and contrasted with the Buddha:

Of him who is faultless, abides in seclusion,
has cast off the fetters, is emancipated,
possesses the power of wise discussion, sage,
has done away with his banner (i.e. the fight being over),
subdued and free from obsessions,
of that Blessed One am I a disciple.

There are other suttas that seem to illustrate that the chief fault of the Nigantha Nataputta, in the Buddha’s eyes, is a tendency toward verbal aggression or wrong speech, and a fondness for an aggressive debate culture that measures things in terms of victory and defeat, verbal triumph and refutation, and the enhancement of reputation via the winning of verbal battles. For example, the same thing happens again in MN 58. Prince Abhaya is sent out on another one of these refutation missions, and coached by the Nigantha on the rhetorical tactics to use to secure victory. I don’t believe the Buddha is ever portrayed as desiring that his followers engage in similarly aggressive contests.

Possibly relevant to this discussion are the opinions of Michel Clasquin-Johnson from the University of South Africa, who believes there is reason to doubt the customary identification between the Nigantha Nataputta and Mahavira.

It is necessary for the sheep because they do not loose their wool naturally and if they keep the wool, they get overheated and get maggots. 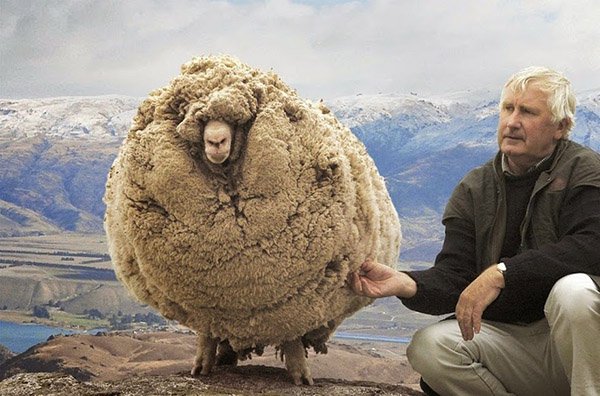 Thanks for the essay: but there’s something wrong with the PDF file. Or is it just me? the text is all over the place, it looks like it was formatted over two pages. But it is readable online: