Optic Effects of Special Relativity, or the Relativity of Perception

The following video shows how light (and therefore perception) changes as observers approach the speed of light. It defies ordinary intuition. An example IMO of the broadness of perception (in this case due to the physical nature of optics).

That’s a cool video. I like how it progressively adds the relativistic effects to the initial simulation, and how it shows that a sphere remains a sphere.

Perhaps I’m missing something, but I don’t quite get the message about perception. Relativistic effects certainly defy ordinary intuition, but the distortions, etc, are a consequence of physics, and would be equally well captured by a camera as an eye. On the other hand, I guess we could argue that a telescope changes our perception of distance - is that the sort of thing you mean?

Thanks for your thoughtful reply, Mike.

Relativistic effects [ . . . ] would be equally well captured by a camera as an eye.

You’re absolutely right. Special relativity doesn’t depend on perception. The reason I mentioned perception was because of its importance in Buddhism. If we understand (a) ethics, (b) immersion, and (c) wisdom as a summary of the path, perception pertains to each component, e.g. (a) looking for the good in other persons (ethics), (b) experiencing the absorptions (immersion) and (c) perceiving the world as non-self (wisdom).

With the “relativity of perception” I meant the following. In a hypothetical “speed of light = 1 m/s” world like in the video, a stationary person would perceive the desert, sky, and building very differently from someone traveling close to 1 m/s due to relativistic effects. A significant difference between walking and standing still!

I think this is interesting and worth sharing in a Buddhist context because it’s a perfectly secular example of the variability—and therefore broadness—of perception; much broader than might be inferred from ordinary non-meditation, non-drug/trauma/near-death induced experience. And this notion that consciousness is vast might inspire its exploration by way of meditation. Needless to say, there are other examples, some of them unique to consciousness.

Thanks for the elaboration! That sounds like a useful way of thinking about it…

Would you say this video you posted hints at idea that our perception of ‘the world out there’ isn’t fixed and predictable as we think?

I think so, yes. And it casts doubt on understanding the world as “boy, table, tree, person”. Solid objects seem uncannily shapeshifting and therefore shapeless—and if I may say so, without an essential nature/identity. Even though round objects preserve their shape . . . are there any truly round objects?!

Stars and planets are quite round…

If stars did not still look like spheres we could, in principle, work out their speed from their shape (and the assumption that they are approximately spherical).

But, since stars are spheres, we can’t do that…

Stars and planets are quite round…

Yep, they’re approximately spherical to various degrees. But not perfectly so—so there will be an ever-so-slight shape deformation, even if we can’t measure it.

The Earth is slightly obloid. That’s because of its rotation: the material at the equator gets pushed outwards slightly. Haumea is an another example of a non-spherical dwarf planet. In theory, there might be donut shaped exoplanets… 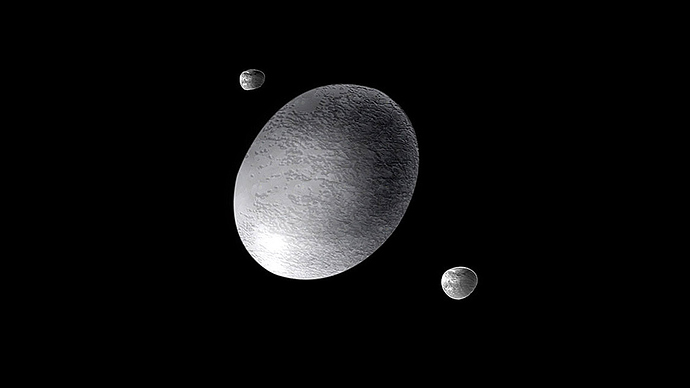 The Sun is quite “hairy”. 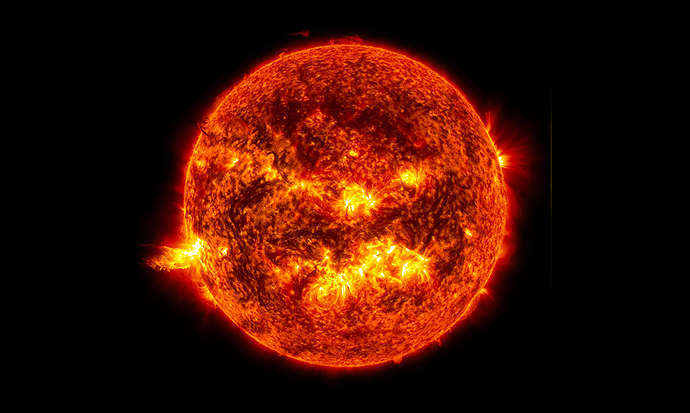 This image shows the bright light of a solar flare on the left side of the Sun and an eruption of solar material shooting through the Sun&#39;s atmosphere.1200×720 344 KB
1 Like