What about by " dhamma definition " ?

Death may be a process, not a distinct moment in time The Watercooler

The Cardiologist who studied Near Death Experiences (NDEs) AV

I thought this video posted by @Garrib deserved it’s own post and so I moved it from this topic. :slight_smile:

I’ve heard Ajahn Brahm say that the happiness caused by this stupendous act of generosity (I mean, it is really - because we’re just so deeply attached to our bodies), would outweigh any kind of awareness that might be present during the process of organs being removed. I can’t remember his exact words, but what I got from it was that the merit (i.e. the happiness/good kamma) would act like a sort of powerful anaesthetic. Though I suppose this would depend on our ability to focus on positivity and whether we’d created a powerful enough habit to focus on things that create wholesome happiness. But then again, perhaps some acts/kammas are so powerful (in terms of the various aspects of Right Intention for instance) that they will naturally give rise to powerfully happy, wholesome mind states.

I referred to aspects of Right Intention in my previous comment, so I thought I might look them up.

I imagine that deciding to donate one’s organs, and deliberately cultivating these Intentions as one’s motivations, would provide a pretty different experience to one where one did not do this.

Though I suppose this would depend on our ability to focus on positivity and whether we’d created a powerful enough habit to focus on things that create wholesome happiness.

I was initially just thinking of how science moves really quickly, and so we have to keep up our understanding. So, for example, recently they have started to get good results with joining severed neurons together, and there are better imaging techniques and what was once thought of as dead may not be soon, etc…

But thinking further, it’s about how the whole system behaves. It is the whole system (me in the world) that is undergoing change, not just the technology. So, maybe there are other responses to this, for example …

I can certainly see the joy involved in giving up your life for another, and to a great extent this contributes to my decision to opt in to organ transplant despite my reservations in the medical professions ability in this area. But there is something about peace of mind here maybe, that allows me to see that joy directly? If the thought of leaving your organs is going to agitate the mind to the extent that it can’t settle, then it’s probably not the right time to opt in to organ donation. Right now, everything is fine for me on that account and I can see the joy in the act of giving, even if I’m a bit bemused that anyone would want any of this rickety old body.

But if at some point in the future I loose that general tranquility of mind and ability to know samadhi (through the onset of dementia or by some unethical act say) and hence that strength and flexibility of mind may also be lost; then I may have to re-evaluate.

Likewise, currently I have clear understanding of rebirth, and it happens to fit very nicely with the EBT’s. This takes the edge off any decision that has the potential to shorten life and other things gain more priority. If (when) that understanding changes or goes, then again a reevaluation may be in order. Certainly in my youth, life (my life!) was of the utmost importance.

Also, I don’t think that the medical profession have a clear understanding of the brain (and body) in meditation yet. So there are some reservations of a misdiagnosis of death there also.

What about the monks and nuns any restrictions to donate their organs after death ? In normal circumstances , how long does the body to be left untouched after death ? Any dhamma text on this ?

No, there’s no Vinaya restrictions on this. Ajahn Brahm, myself, and many others have organ donor cards. Many monks, especially in Sri Lanka, have gone further and donated a kidney while still alive; Ven Kiribathgoda Gnanananda is one.

I worked in the pathology field and have friends who work in organ donation/tissue banking. What a lot of people don’t know is in the United States at least is to be sure that your next of kin is aware of your wishes to be an organ/tissue donor or it probably won’t happen when you die. This is because even though those are your wishes, your body is actually the legal property of the next of kin. If they don’t like the idea of you being a donor, or have different religious views, or they just don’t know, there are a lot of roadblocks to it happening.

So if you really want it to happen, and you live in the US, make sure to have that conversation with your family/spouse/etc and if you don’t think they will carry through with your wishes, then make someone else your durable power of attorney for health care. Sadly this means largely, those organ donor cards, in the US at least, mean little unless the family knows and advocates for you.

That looks just like this temple I go to in LA. This guy Walpola (I think that’s his name) gave me a bunch of his book.

That’s the old Adelaide Sri Lankan Buddhist Vihara. They’ve now moved to a much bigger property with a beautiful Dhamma hall. The head monk there, Bhante Sumedha, has been so supportive of the nuns.
It’s quite a conservative group, so I’m glad they made this video.

I think organ donation should be absolutely fine. Heck, you could probably donate your pianos, keyboards, harpsichords, and accordions too! 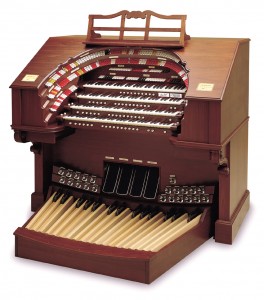