Our perception of gender

I made the same mistake! Interesting thing how these automatic and inaccurate generalizations happen in our minds!

@Linda, no need to apologize. I don’t have a gender on discourse. 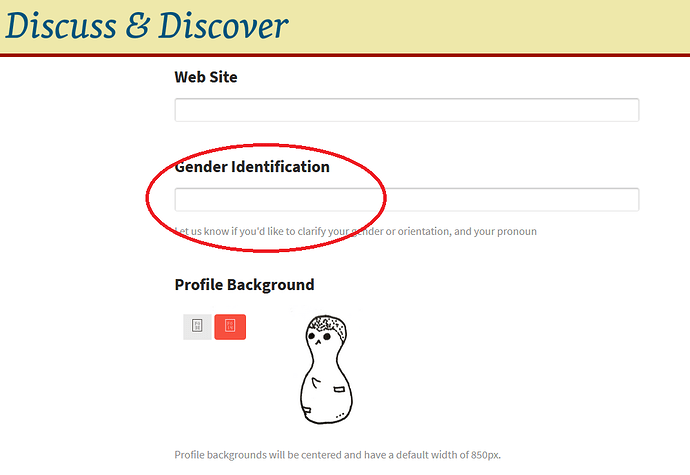 I can’t speak for Ayya @Vimala, but I don’t think she wanted to reveil my “real” gender. She probably just noticed how everyone addressed me as Ayya and thought it was funny. (I’m guessing here. Best to let her speak for herself!)

Interesting thing how these automatic and inaccurate generalizations happen in our minds!

Yes, what made people think I’m female?
That I make “silly” art?
That I show emotions?
That I’m friends with the Tilorien sangha, who are all nuns? 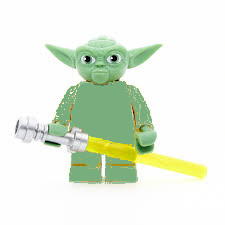 A green Yoda holding a large lightsaber …let me think

Hmmm, I wonder if I related to you differently thinking you were female (well except to call you Ayya!) Not sure… I don’t think so. I just loved seeing your creativity and the Dhamma doodles and was so happy you were sharing them. Please continue _

I like to think of gender as mental traits (masculine traits and feminine) rather than a physical gender. We may display those traits interchangeably. This flexibility is important in changing circumstances, IMO and being fixated to a certain stereotype causes a great amount of attachment, and suffering.

There is an element of the role we put ourselves into. When we put ourselves into black and white binary constructs like ‘male’ and ‘female’ then they are also ideals- that we much strive to ‘be’ or become. As our nature is to switch between male (carry the heavy suitcase), female (cuddle the children) and characteristics or actions which are neither (signing our name, for example) we are always going to be stuck in never getting it quite right, to fit the view of how the male or female is supposed to behave. We also then become self-conscious of how others perceive us ‘good enough mother’ ‘tomboy’ ‘be a man’‘man up’ etc., and their expectations of us -and feel bad if we don’t quite match up. What if we just let go -trying to be this gender or that?

You were not alone! I also thought Ven Yodha was a woman. Likely because “Schrödinger’s (s)he” (them not having revealed their gender yet) was doodling.

Very interesting. First I make a comment about a woman not smiling, then I assume someone is a woman because they are “doodling”! I seem to be batting a thousand!

Oh lol… I also referred to @yodha as Ayya… I am going to go back and change it to Ven so others can have a greater sense of “mystery” :sushing_face:

I assumed “Ayya” because the first few comments in the thread mentioned nuns!! That was enough for me to gladly assume nun-ness!! I confess to being disappointed - I thought I spied 5 nuns on the Doodle thread - it was only, as far as I know, 4

I think the mention of nuns, my need to “see” more nuns about the place and my absolute delight at the thought of possibly enountering another female Star Wars geek (though I don’t think they’re quite as rare as nuns are) all contributed to viewing Ven Yodha as a nun!!! I’ll try and get over it though…

Anyway, lovely to have more monastics (regardless of gender) on D & D!

Then Mara the Evil One, desiring to arouse fear, trepidation, and terror in the Bhikkhuni Soma, desiring to make her fall away from concentration, approached her and addressed her in verse:[mara apparently is into gender stereotyping]
.
That state so hard to achieve
Which is to be attained by the seers,
Can’t be attained by a woman
With her two-fingered wisdom.
.
Then it occurred to the bhikkhuni Soma: “Now who is this that recited the verse — a human being or a non-human being?” Then it occurred to her: “This is Mara the Evil One, who has recited the verse desiring to arouse fear, trepidation, and terror in me, desiring to make me fall away from concentration.”[bhikuni Soma’s mindfulness and wisdom (panna) is activated]
.
Then the bhikkhuni Soma, having understood, “This is Mara the Evil One,” replied to him in verses:
.
What does womanhood matter at all
When the mind is concentrated well,
When knowledge flows on steadily
As one sees correctly into Dhamma.
.
One to whom it might occur,
‘I’m a woman’ or 'I’m a man’
Or ‘I’m anything at all’ [any caricatures, roles, desire-to-be, other’s expectations that are accepted by me]
Is fit for Mara to address.
Then Mara the Evil One, realizing, “The bhikkhuni Soma knows me,” sad and disappointed, disappeared right there. SN5.2

Or ‘I’m anything at all’

I personally think, that roles can have functional value- if you lead in your role you will need to act in a certain way, for example. The problems arise when attachment comes in and it becomes hard to ‘de-role’ yourself, when that is what is required and functional in a different set of given circumstances ie playing with kids.

If we hold on to our roles, gender or otherwise, we will be in fixated mind-state, and when the circumstances shift, we will be like a fish out of water. However if we can let go, adapt quickly, seeing fully the transient nature of our roles (and how they are not our Selves) we can be flexible in our approach -with a lot less suffering. Aversion to the roles that we find ourselves is -genetically or contractually (mother, father, bhikkhu, manager, etc) can lead to suffering too- the practice is about changing internally as much a possible to reduce these defilements (unless we cannot stand it any more and internally it throws us into a choatic situation, in which case its best to fix it externally) as it might be growth situation. The dhamma, it is said, leads us to be more or do more, rather than restrict us narrowly down to a few option which are limited - that it s the role of defilements as they fixate on one thing and narrow our choices and opportunities.

The less disputes we have with the world, and ourselves, we are making progress right?

I don’t have a gender on discourse.

As one of the people who helped implement the ‘gender identification’ feature, I just want to note that it was established to prevent ‘mis-gendering,’ particularly for our users who are trans* and gender non-conforming. And while it is not a required field, it is there for this very purpose.

What if somebody doesn’t want to be put into a certain box? There are many people on this forum who are completely anonymous, with a name that is neither male nor female nor anything else. We still get a perception in our head from the way they write that they are one or the other. Gender is a spectrum and personally I feel that putting labels on people is not helpful.

I just want to refer back to some earlier discussions and this article here:

The idea of two sexes is simplistic. Biologists now think there is a wider spectrum than that.

Sex determination at time of ordination

In a world where “gender non binary” becomes more and more prevalent, we still try to put people in gender-boxes. And that is exactly the kind of thing that reinforces this whole mess of gender-bias; as long as we keep looking at ourselves as belonging to a certain group and others as belonging to another group. And more and more people find out that they don’t actually fit in one group or another. I feel that as monastics we are all human beings and we all belong to the same family that is San…

I also remember that the person who was the reason for this discussion said that (s)he would prefer to be just referred to as “human”. And this person never completed the “gender identification” field.

Just because I like statistics, here are the stats for the gender-identification field:

People who completed this: 201
Female/woman: 37
Male/man: 146
None: 1
Human: 3
They: 1
Fluid: 1
The others are a variety of other things which do not have to do with gender so I assume they did not understand what this field was about or where joking.

It’s funny, I don’t particularly identify with a gender, yet my conditioning led me to fill out the box. Maybe my gender is ‘sheep’

Oh hang on. I’m one of the 11 non comformers

Funny! My idea was it would be the vast majority who did not fill out the box…

I like that answer, ‘fluid’. I didn’t know states of matter were possible responses; I’m partial to ‘plasma’, in fact.

I would like to have ‘wolf’ as an option

People who completed this: 201 … The others are a variety of other things which do not have to do with gender so I assume they did not understand what this field was about or where joking.

I was a little unclear about this as I read through… I thought the numbers Ayya Vimala gave were just for the ones who did complete it. The first 6 sub-figures (totalling 189) given appeared to correspond to specific labels, and I thought the remainder of the 201 where accounted for by the “The others* are a variety of other things which do not have to do with gender so I assume they did not understand what this field was about or where joking” bit [*who also completed the field - as per my reading].

As best as I can interpret it, no ‘did not complete’ figures have been given. Even if they were, it still wouldn’t necessarily be a good indicator of how folks feel about it as many who joined before it was introduced would never have faced it, and likewise the figures doesn’t speak to those who just fill it in while still perhaps finding difficulty with it.

I have to admit to being slightly confused by the logic underpinning the addition of this info field. To my mind not having this field is the most inclusive option available, and offers the greatest chance of freeing everyone from the (clearly, at times, oppressive) lens of gender.

Saying that, it can naturally be very hard to fully recognise things from other people’s points of view, at times, and I’m certainly very keen to receive new perspectives, and more importantly, try to find ways to comfortably accommodate as many as possible. Irrespective of whether or not I understand why, if this measure is reassuring to some folk who’d otherwise feel more isolated and doesn’t in turn unduly isolate others, I’m happy enough.