Not entirely sure what possessed me to do this…

But for some reason I just tried looking up words for animals that happen to have an emoji. I used mostly Nature and the Environment in Early Buddhism by S. Dhammika and the PTS. I tried to infer which of multiple possible translations was the most “default” but in some cases it was mostly just a more or less random choice. (Gharials or marsh crocodiles for

Anyway, if anyone else finds this interesting, additions, corrections, and comments welcome of course.

As the Didus ineptus belongs in the pigeon family and gets its popular name from an obsolete form of the Portuguese word for a simpleton, I suggest mūḷhakapota (“silly pigeon”) for the male and either mūḷhakapotī or mūḷhakapotikā for the female.

Haha! That is great. I tried to filter out the most unlikely ones (llama, panda, chipmunk, skunk…) but I missed the dodos.

Actually your suggestion does bring up the interesting topic of what happened to borrowed words in Pali. Do we know of any borrowings from languages besides Sanskrit or various flavors of Prakrit?

Do we know of any borrowings from languages besides Sanskrit or various flavors of Prakrit?

Thomas Burrow published several surveys of alleged Dravidian loanwords in Vedic, Classical Sanskrit and various Prakrits, including Pali. I’m afraid I haven’t myself read any of his papers, so I can’t give you any examples.

Vedic Sanskrit has a number of linguistic features which are alien to most other Indo-European languages. Prominent examples include: phonologically, the introduction of retroflexes, which alternate with dentals, and morphologically, the formation of gerunds;:79 Some philologists attribute such features, as well as the presence of non-Indo-European vocabulary, to a local substratum of languages encountered by Indo-Aryan peoples in Central Asia and within the Indian subcontinent, including th Sc...

You could make this post a Wiki perhaps, so others can add to it?

Oh yes! I didn’t know that was a thing, will do.

hansa in Sanskrit, I think…

get royal preference because of its superior yo-yo skills 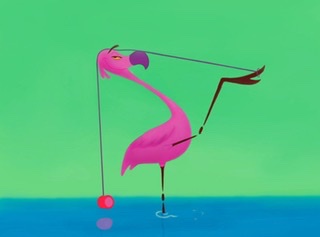 The English-Pali dictionary by Buddhadatta Mahathera may be of some use here.

The English-Pali dictionary by Buddhadatta Mahathera may be of some use here.

Oh hey, I didn’t know about that dictionary, thank you!

I don’t believe there’s an emoji for vulture yet? There isn’t one for squirrels, either, which as an avowed squirrel admirer is a source of dukkha for me, but perhaps let’s enlist the chipmunk emoji as kalandaka.

Jackal m. : sigāla
Crab: kakkataka (t has a dot below)

Permission to add it @khagga ? I don’t want to ruin the lovely sequence of emojis

From the glossary in my copy of ‘Pali made easy’, Ven. B. Ananda Maitreya Mahanayaka Thero

Also @sabbamitta , in the above book-
naga : elephant, cobra

( oh no, I see what you mean @khagga about getting lost in the dictionary)

Permission to add it @khagga ? I don’t want to ruin the lovely sequence of emojis

By all means! I am nerdily updating a data file with all the changes in the background, I’ll keep everything tidy, fear not, and edit away!

Bhante Sujato translates nāga as “dragon”, unless the context says it’s an elephant—or even the Buddha.

Bhante Sujato translates nāga as “dragon”, unless the context says it’s an elephant—or even the Buddha.

That’s interesting, I was under the impression that the primary interpretation of nāga was ‘snake’?

Well, isn’t a dragon a mythological sort of a snake?

My prototypical dragon has legs!

From the Loṇakapalla Sutta (AN 3.100), although this is used by Thanissaro Bhikkhu, while Bhante Sujato uses Urabbhaṃ for Sheep

Kacchapo
From Paṭhamachiggaḷayuga Sutta (SN 56.47)
BTW the Pali for Tortoise is Kumma

I have come across only Thanissaro Bhikkhu’s usage of ‘Whale’ for the Pali Timi
Uposatha sutta (udāna 5.5)

It’s in like the first or second lesson from OCBS, i.e. the only way I know it

I really like how this rolls off the tongue~