Does anyone know of a parallel to that sutta where the Buddha says something similar?

“It is fitting for you to be perplexed, Kālāmas, fitting for you to be in doubt. Doubt has arisen in you about a perplexing matter. Come, Kālāmas, do not go by oral tradition, by lineage of teaching, by hearsay, by a collection of scriptures, by logical reasoning, by inferential reasoning, by reasoned cogitation, by the acceptance of a view after pondering it, by the seeming competence of a speaker, or because you think: ‘The ascetic is our guru.’ But when, Kālāmas, you know for yourselves: ‘These things are unwholesome; these things are blameworthy; these things are censured by the wise; these things, if accepted and undertaken, lead to harm and suffering,’ then you should abandon them.

Good point, @Satananda, on the Kalama sutta. It’s ironic that the Kalama sutta is often invoked in favor of using reason, but really it’s a call to base your knowledge on experience.

It’s ironic that the Kalama sutta is often invoked in favor of using reason, but really it’s a call to base your knowledge on experience.

How do you reconcile that with the effectiveness of science, which works precisely with the kind of reasoning this passage is talking about?

Perhaps by adopting an anti-realistic understanding of science: by telling ourselves that it can never inform us about phenomena in themselves, only about the relationships of phenomena to each other (phenomena that appear to us in the experience).

Reason is then only useful to account for the links of experience, which has primacy.

This series of videos talks about it (especially the first one).

Hi venerable. I see your point and it does make sense linguistically here.

However I think we also need to see this issue in the context of other teachings, mainly how the Buddha’s teaching is focused on the phenomenological reality. I am referring to teachings such as that found in SN 35, which says that the “all” is merely the six sense spheres and any other “all” is beyond range.

Likewise, the idea that speculating about cosmological issues is outside of the Buddhadhamma can be seen suttas like SN 12.48.

So, while I accept that the Buddha’s position is not purely epistemic and includes some ontological sense, I also do not think that this extends into cosmological matters like the big bang and so forth.

I think some interesting questions that might be relevent to this debate has not been asked so far,

Edit: if I would hazard a guess,
individuals who are labeled insane seems to say, do and believe very unreasonable things(that might be just because they are in the minority, if the majority were like that, then I would be the insane one). Certainly, it must appear completely reasonable in their experience.

This is one reason why I believe, mind/paññā has to have recourse to some thing else, that unconditioned element. Otherwise it does not seem logical to me that, there could be a complete eradication of doubt.

a lot is possible in the realm of fantasy

I have wondered whether suttas like SN35.23 (The All) are a specific rejection of the assumed “underlying reality” of Atman/Brahman described in the Upanishads.

Advaita vedanta and its understanding of the Atman-Brahman is posterior to the Buddha.

I think some interesting questions that might be relevent to this debate has not been asked so far,

I’ve talked a little bit about it here.

This is one reason why I believe, mind/paññā has to have recourse to some thing else, that unconditioned element. Otherwise it does not seem logical to me that, there could be a complete eradication of doubt.

I wasn’t referring specifically to Advaita, which is of course a later development, and arguably only loosely based on the Upanishads.
It’s true that the Buddha didn’t specifically refer to the Upanishads, though there are various explanations for that, and I’ve seen different academic opinions on the chronology of suttas v. Upanishads.

But as to my question, do you think The All is a specific rejection of an alternative contemporary view or belief? Why do you think the Buddha made statements like this?

Seems a bit long to read on my phone. But the main conclusion seems to be

most reasonable interpretation of the Nikāyas
is that final Nibbāna is no more than the cessation of the five khandhas.

I don’t agree completely(or I agree in part). But it’s all good. Trying to settle this intellectually might not end for another 2500 years.

Reference to the Upanishads does not exist in the nikāyas

Not quite. There are late references, both explicitly and to the thought-world. DN 13:

Even though brahmins describe different paths—the Addhariya brahmins (Aitareya), the Tittiriya brahmins (Taittiriya), the Chandoka brahmins (Chandogya), and the Bavhadija brahmins (Bharadvaja) —all of them lead someone who practices them to the company of Brahmā.

Of these the Chandogya is known to us only by its Upanisad (theoretically there could have been a Brahmana though). Also Brahmaloka became a prominent goal only in the late Brahmanas and early Upanisads - so at least brahmaloka in the suttas refers to ideas which were also developed in the Upanisads.

Anyhow, I think contemporary criticism of Buddhism is more fruitful than the ancient ones. From the distance we can see some things people immersed in the culture couldn’t (of course we also cannot see many things they could).

I didn’t know that reference. It’s very interesting, thank you!

You might want to check out Jay Garfield, who is a philosophy professor who was trained in Western & Tibetan philosophy & seems to spend a lot of his time arguing with other Western-trained philosophers that Buddhist philosophy is real philosophy (i.e. not just religion). I’m not hugely familiar with his work, but I watched the first 3 videos of “Emptiness and the Mind Perceiving It” (see link) from Sravasti Abbey. He had me at “the object-less mind is no mind”. But he also made some other points- like when we talk about emptiness, we should ask, “empty of what”…some people see a lot of similarity between this approach and Wittgenstein. I mean, it’s not that we couldn’t have equally addressed the same issues adequately within a Theravada or EBT framework- maybe try Y. Karundasa, Early Buddhist Teachings. I just guess that you are interested in Madhyamaka.

Emptiness and the Mind Perceiving It - Sravasti Abbey - A Buddhist Monastery

Dr. Jay L. Garfield guides Sravasti Abbey residents and guests to explore of the objective and subjective aspects of emptiness. For advanced students.

He looks interesting. I’ve never heard of him. I’ll take a look at it, thank you!

I think Einstein has shown, atleast intellectually that all motion is relative. All our mind has ever known is motion. Even Jhana is motion(sankhāra;Puññābhisaṅkhāra & āneñjābhisaṅkhāra). Surely, without glimpsing what is true stillness, there is no going beyond doubt that, whatever stillness we perceive is not just relative.

How do you reconcile that with the effectiveness of science, which works precisely with the kind of reasoning this passage is talking about?

Perhaps if both are viewed as using instruments to investigate phenomena: the body/mind and microscopes and such?

@Satananda just on Avi Sion, their “critical analysis” is at best incompetent and at worst completely intellectually dishonest, the opening sentence is

“Western philosophical and scientific thought is based on Aristotelian logic, whose founding principles are the three “Laws of Thought”. These can be briefly stated as “A is A” (Identity), “Nothing is both A and non-A” (Non-contradiction) and “Nothing is neither A nor non-A” (Exclusion of the Middle). These are not claimed as mere hypotheses, note well, but as incontrovertible premises of all rational human thought”

This is complete nonsense, Arisotelian logic hasn’t been the basis of western science for hundreds of years, the law of excluded middle isn’t an “incontrovertible premises of all rational human thought” it’s not even accepted as valid in intuitionist logics, logics btw that Avi would absolutely have been aware of when he wrote the above. (also the logic that underwrites huge areas of computer science and modern mathematics)

It doesn’t get much better, the picture of “logic” Avi relies on hasn’t been current in the west since the middle ages, and the interpretation he has of nagarjuna is not reflective of modern scholarship.

This thread looks fascinating and I look forward to reading the rest of it, but Avi Sion is not well regarded as a philosopher in any field, and except as a polemical tool his work should be avoided.

Mark Siderits and Jan Westerhoff are worth checking out for legitimate attempts to take Buddhism philosophically seriously. 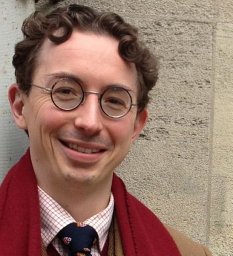 Oh, and no one takes WIliam Lane Craig seriously as a philosopher outside of the Baptist Church, if you want a Christian philosopher (and one with an incredibly soothing voice to boot) try Alvin Plantinga - Wikipedia

I want to shout out one of my favorite philosophy youtube channels with an actual published philosopher in the philosophy of religion field.

It’s called Majesty of Reason and it has tons of content on these theistic arguments, including this beast:

Honestly I think Buddhists should engage with the philosophy of religion field more, since currently it is dominated by theists and atheists, and the theist vs atheist debate.

the theist vs atheist debate.

Yeah, that’s the thing about transcending dualities… you aren’t really interested in debating them anymore