Not to toot my own horn, but I noticed no one has posted this yet. In a follow-up to our article, Dr. Ann Gleig and I recently joined the lovely Matthew Remski to talk about all things right-wing/alt-right Buddhism on the Conspirituality podcast. (And yes the title is click-baity, we only talk about Elon for 5-minutes, I promise!). 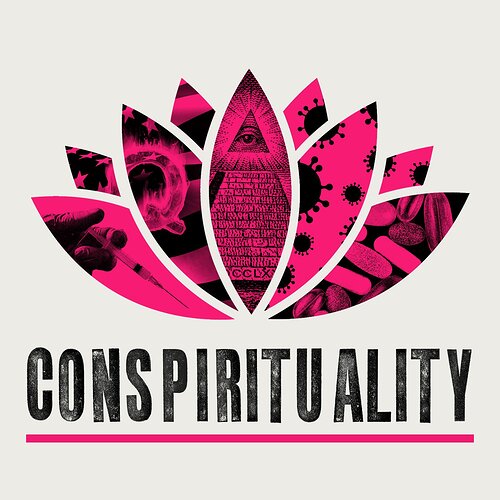 Here to help us understand this strange world—and what kind of Buddhism could make Elon Musk a better human, if he gave a shit—are Dr. Ann Gleig, associate professor of religion and cultural studies at University of Central Florida, and independent...

(I also may have shouted-out Rainbodhi as a group doing great work in inclusion and countering hatred, because y’all are awesome and I think you’re cool. cc @Akaliko)

19 Likes
Who has the right to say what? Are most people somewhere in the middle on the political divide?
Adkurumides January 2, 2023, 11:04am #2

As I was reviewing the article, I noticed that you mention the name of Paññobhāsa Bhikkhu as an example of a right-wing Buddhist or Alt-Buddhist. I’ve been browsing his website and to be honest, he doesn’t have the slightest idea about Buddhism - among other things, he promotes pornography. XD He pretends that the buddha was interested in masculinity, while Buddhist teachings teach about denying sexuality, striving for asexuality, liberating oneself from sexual desire. It has nothing to do with asceticism. He does not understand the way of the brahmin.

Buddhism is not political, it is metaphysically focused on liberation from samsara. Buddha was not a political activist. He changed the world with his attitude. His kamma gave birth to Ashoka. But he wasn’t focused on that. He simply taught the Dhamma and the Vinaya - he achieved supersensible states. If he changed the world in this way, it was only as a side effect. I believe that ascetic monks who sincerely follow the Buddha’s path, even when they sometimes get involved in politics, take a political stand for a party (often as a result of being politically minded before they became monks), their greatest power comes from meditation, and it shapes reality even when they don’t realize in which direction this change is going

Given the delicate topic, the thread is currently in slow mode. It is still possible to reply and edit, after that the short reflection time has passed.

I’ve noticed that Alt Right/White Supremacist “Buddhists” rarely talk about the dhamma and they often quickly go beyond what they should be concerned with as “Buddhists”.

I think the best way to handle them is to not encourage them by bring them up. Instead when they bring themselves up invite them to actually practice the dhamma AND point out to them all of the major ways they are exceeding the bounds of the dhamma, what they should be concerned with.

In my experience, sticking to that approach lives them, people who want to talk about them, with little left to say or engage over. They either go away or can stay and actually practice the dhamma.

Hey Brenna, congrats, I don’t think I’ve ever clicked on a podcast link so fast.

Not to toot my own horn

Toot away, please keep us updated with your work.

Given the delicate topic, the thread is currently in slow mode. It is still possible to reply and edit, after that the short reflection time has passed.

Genuine question, what’s delicate about this topic? Just trying to understand the reasoning behind the pre-emptive slow mode

In the past few months, these political threads have triggered some strong emotions which, at times, have been unskilfully expressed.

So, the idea is to allow some short time for reflection, before replying, to ensure that the debate stays respectful, constructive and on topic.

We’re just trying to see if this works any better than what we have tried already in the past few months, i.e. more backward-looking measures.

Ultimately, the intention is to encourage Right Speech, even with such divisive topics.

And now, let’s get back to the topic of the thread

Thank you for sharing that link, @Brenna ! That was an excellent episode. I look forward to reading your and Ann Gleig’s paper.

I’ve noticed that Alt Right/White Supremacist “Buddhists” rarely talk about the dhamma and they often quickly go beyond what they should be concerned with as “Buddhists”.

David Reynolds is no longer a monk btw (I hope the podcast addresses this), and while I do think it is beneficial and necessary to emphasize that his writings are not worth following, discussing them in any detail just serves to elevate his platform, which has nothing to with the Dhamma as described in the Pali Canon.

The devil is in the details, so we should be cautious about repeating what wasn’t even worth being said the first time.

discussing them in any detail just serves to elevate his platform

The podcast discusses this problem. These are serious academics studying an important matter, and they need to have the freedom to do this. IMHO the main thing is that repugnant and harmful views should, if presented, be given with context and not just quoted. The role of scholarship is to supply such context.

I especially appreciated the discussion about the naturalization of the status quo and performative transcendence as a kind of Buddhist “reactionary centricism.” This was exactly the phenomenon I was thinking of when I reshared Solnit’s entreaty to “Stop glorifying centrism”

The podcast discusses this problem. These are serious academics studying an important matter, and they need to have the freedom to do this.

I have tremendous respect for academia and encourage them in that endeavor. They don’t need to inadvertently promote right wing Buddhism by talking about their research in non-academic places.

I have tremendous respect for academia and encourage them in that endeavor. They don’t need to inadvertently promote right wing Buddhism by talking about their research in non-academic places.

They are not promoting it they are condemning it and also warning others to look out for it. That’s the whole point!

As Buddhists we actually need to be aware of this stuff. We can’t just close our eye to it and wish it wasn’t there. It needs to be seen clearly and condemned loudly.

In the last few years alt right buddhism grew. Doing nothing is not an option.

@Brenna, I like the naturalization concept. It seems quite general that people like to believe that their views aren’t arbitrary and limited, but guaranteed by or merely imposed by some permanent external structure (God, Nature, “Basic Biology”, etc.).

Like, it’s obviously so self-serving (and silly) to be like “actually, my mundane political view isn’t mundane at all, it’s a reflection of Reality Itself, The Eternal Truth, and that’s why I shouldn’t have to pay child support.”

In contrast, according to the Buddha’s epistemology, every view one has is suspect, limited, and arbitrary, unless it is a result of having fully suppressed the hindrances.

I read a story once about setting up for a ceremony of some kind in Tibetan Buddhism. The monks arranged all the seats—for monks. There was a nun there and she said, “Where do we sit?” They said, “This is how it is, it’s tradition”. So she kept asking until they made seats for the nuns.

Next year, the ceremony was held again, and the monks laid out the seats for nuns. It’s tradition!