Rains Retreat in a Tent?

Greetings,
is it possible for a bhikkhu to spend the vassa in a tent? Thank you very much!

To my knowledge, there is no rule against that. I have done it twice, and will probably do it again this year.

I am just intrigued: where did you do it and where do you want to do it again? Hope I may ask … Maybe I can get some inspiration on how to approach practically. Thank you!

The first time I did it in Australia three vassas ago. We were on a huge farm bordering a national park that had a lot of unused land. We were four people, two women and two men, so we had two campsites about one kilometre apart, and nicely secluded from view by hills and forest. We organized everything as close to the Upakkilesasutta (MN 128) as possible. Once a day we met to have the dana meal in silence, and once every five days we met to have dhamma discussions and speak about organizational matters (if any). Close to the main farm house, about one kilometre away from the first campsite, we had a bathroom tent with a few buckets, to shower and do laundry. There was a water tap outside the farm house that we could use. The campsites themselves didn’t have any facilities besides the tents.

The second time was last vassa. I did it together with another nun in the garden of a supporter in Belgium. We had a compost toilet, but could use the main house to receive dana and shower. That retreat was mostly done in noble silence.

I’m doing it again next vassa because we are building a monastery in Belgium and the kutis will likely not be ready yet. All in all, I have lived almost half my monastic life in tents. So if you have any more questions, feel free to ask!

One of the tents on the women’s campside in Australia: 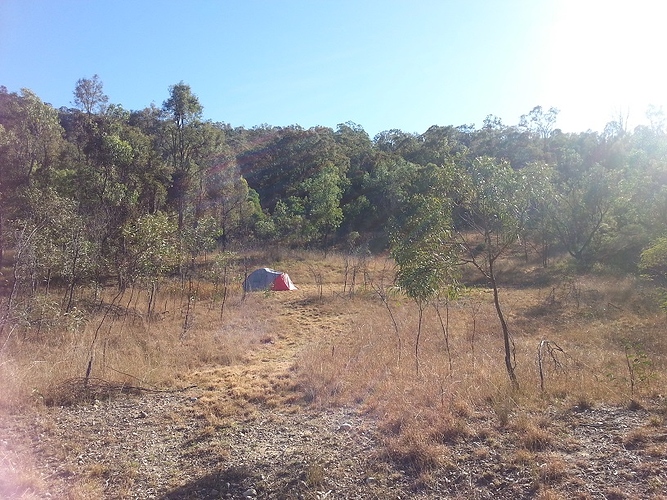 And the vassa in Belgium: