Rejoice! For you are not a worm

In AN 5.196 the Buddha recalls five great dreams he had before his awakening. In one of the dreams, kimi with white bodies and black heads crawl up from his feet and cover his knees. The Buddha says this represents the lay followers, dressed in white with back hair, who would come to him in great numbers.

Up till now, kimi has been translated as “worms”. I don’t know about you, but there’s always seemed something a little odd in the idea that the Buddha’s unconscious depicts lay followers as worms! The image is worse than undignified, it’s shallow. What could it mean, apart from simply representing the colors?

However, kimi is a generic term for soft-bodied, worm-like creatures. And as Dhammika points out, at Mil 308, kimi are said to devour the crops, so it must include caterpillars.

It’s not uncommon for caterpillars to have white bodies and black heads. Witness a lovely, newly-hatched Malay Dartlet: 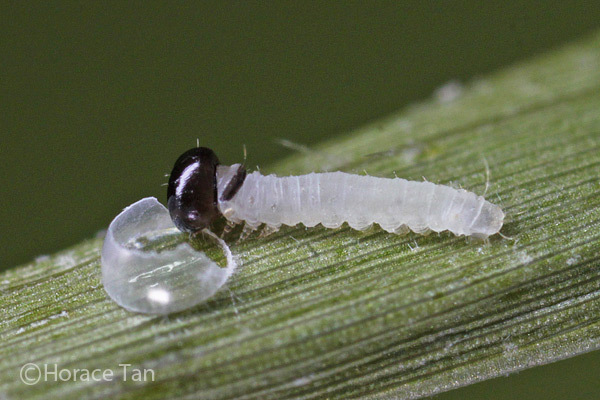 Or this sweet Caprona ransonnettii: 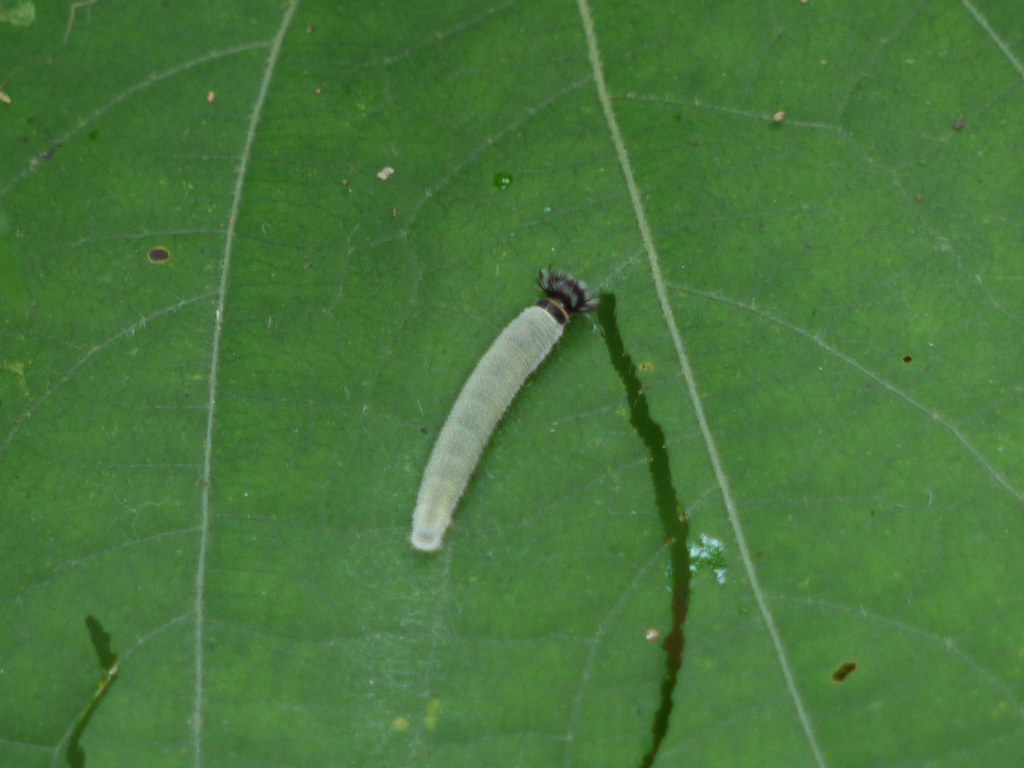 Caterpillars are cute. But it’s more than that. They turn into this: 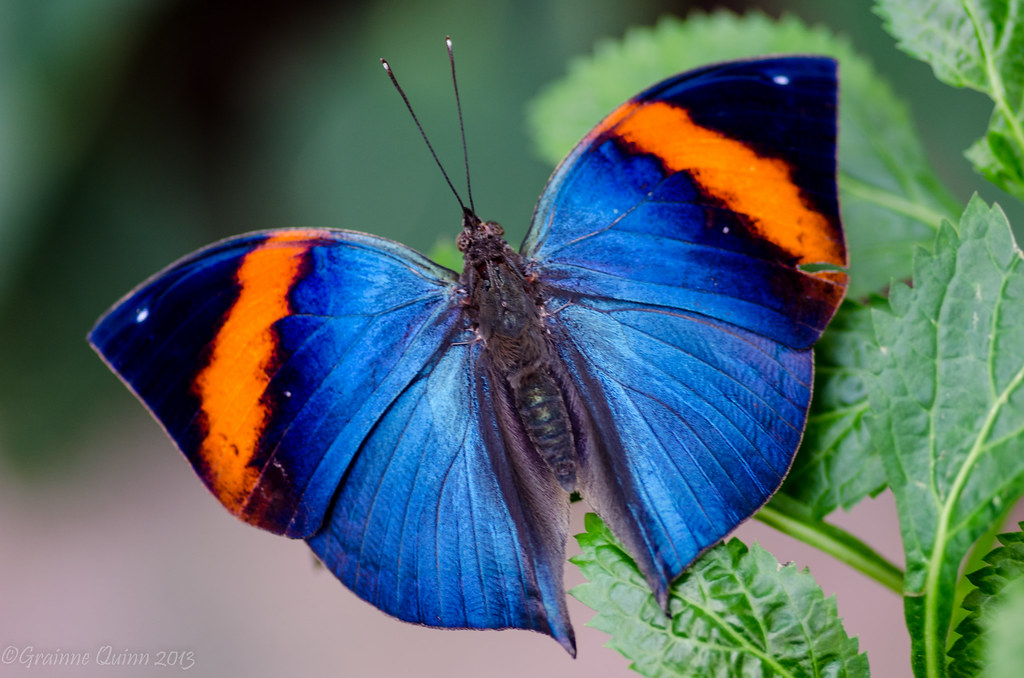 Which, it would seem, is what this dream is all about.

But in this same sutta ‘gifts of robes, alms food, lodgings, & medicinal requisites to cure the sick’ is depicted as a mountain of excrement…wouldn’t it make sense for us to be worms covered with all that excrement?

The picture is a little fuzzy, and it’s shyly hiding its black head, but I can attest to the existence of black headed white caterpillars (or kimi)! 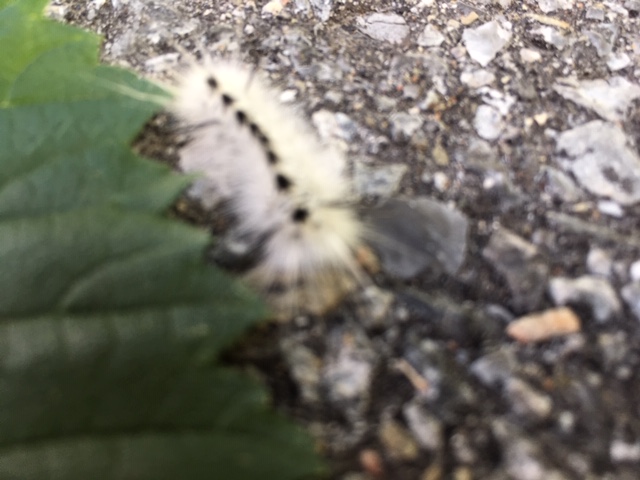