SC Next: Introduction to the Suttas

The Sri Lankan historical chronicles record that in 29 BCE, to guard against upheaval in the country, the Pali canon was written down in the Aluvihare Rock Temple.

Could you please give me a reference for this? I can’t find it in the Mahavamsa. Thanks

Did you check the Wiki page on Aluvihare_Rock_Temple?

The Aluvihare Rock Temple (also called Matale Alu Viharaya) is a sacred Buddhist temple located in Aluvihare, Matale District of Sri Lanka. Surrounded by hills, the Aluvihara cave temple is situated 30 km north of Kandy on the Matale-Dambulla road. The history of Aluvihare Rock Temple is traced back to the 3rd Century B.C to the reign of King Devanampiyatissa. It is believed that the King built the dagoba, planted the Bo sapling and founded the temple after the introduction of Buddhism to the Al...

I found this as well:

“During the reign of King Walagamba in 1st century BC, the country underwent a terrible famine for almost 12 years, while there was also a South Indian invasion at the same time.” 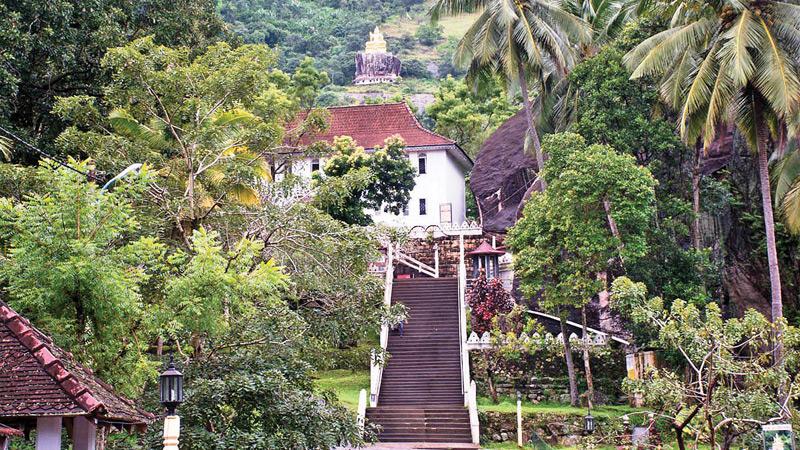 I still remember the first trip we made to Matale Aluvihare when we were students. That was a long time ago, but recently, I had the opportunity of visiting this famous rock temple again. Indeed, it was a trip down memory lane. The Aluvihare Rock...

Did you check the Wiki page on Aluvihare_Rock_Temple?

Did I miss it? I still haven’t found in these texts which chronicles record that the Canon was written there. Obviously it matters if these chronicles are from the 5th or the 13th century for example…

I did not check it in detail but asked if you did, and if so found anything which confirms or challenges the dating?

unfortunately the texts just don’t mention the sources. They say ‘the canon was written’, but not ‘according to xxth century text yy’. So for now at least I don’t see a reason to find the Aluvihara claim historically legit.

unfortunately the texts just don’t mention the sources. They say ‘the canon was written’, but not ‘according to xxth century text yy’. So for now at least I don’t see a reason to find the Aluvihara claim historically legit.

At this time the bhikkhus of the Mahāvihāra thought it expedient to commit to writing the teachings of the Buddha which were preserved till then by word of mouth. The Mahāvaṃsa only has a brief reference to it. It give neither the name of the place where it was done nor that of the person whose patronage rendered it possible for the work to be completed. But from other sources we learn that 500 monks assembled at Alu-vihāra (Āloka-vihāra) and receiving the help of a certain chieftain performed this memorable task. (Mahāvaṃsa 33.100-101)

Even though Adhikaram says the name of the place comes from “other sources,” his footnote still references the Mahavaṃsa.

Ugh, finally I found a reference in Norman’s “Pali Literature”:

The Pujavaliya and Nikayasangraha, however, written in Ceylon in the 13th and 14th centuries respectively, state that the writing down was a result of the holding of a council of 500 bhikkhus at the Aluvihara (Aloka-vihara)

In short, the Aluvihara reference is from sources more than 1300 years later and thus totally unreliable. The oldest chronicles state that the texts were written in Sri Lanka, probably associated with the big monasteries, but nothing more specific.

Thanks for that. What would be the alternative hypothesis then?

What would be the alternative hypothesis then?

I guess that we don’t know exactly who wrote it down first and when. It might well be Sri Lanka, but then this information comes from Sri Lankan chronicles which might be biased and/or ignorant of other attempts. I remember reading an article though (by Analayo?) which analyzes the text variations and concludes that there was indeed an ‘Ur-text’. That creates some more open questions regarding transmission, but ok.

For example it would mean that the texts were written, shipped back to Northern India, and then again transmitted orally, which would then account for the differences to the Chinese texts. I don’t think that works, but the rest is speculation. We have no idea if what was written down were bullet points or word-by-word suttas etc.

Ok, so your understanding is that the best is to stop perpetuating the idea that Sri Lanka was the first place where it was written then, right?

We can stay with the facts:

Yes, makes sense. Maybe bhante @sujato could consider re-wording the relevant section of his introduction to the suttas then!

I guess that we don’t know exactly who wrote it down first and when. It might well be Sri Lanka

I don’t believe that historians, or perhaps I should just speak for myself, think that the canon was first written in Sri Lanka. Given that we have actual manuscripts from only a little later in Gandhari, it seems reasonable to assume that writing happened as a gradual process pretty much all over. The Mahavamsa is the first historical record. That it doesn’t mention Aluvihara is important, and I’ll amend my essay accordingly. But that isn’t any real reason to doubt what the Mahavamsa does say. It is generally accurate on matters of historical record.