A new study that has been published yesterday shows that sea level rise is not constant, but accelerates.

Satellite altimetry has shown that global mean sea level has been rising at a rate of ∼3 ± 0.4 mm/y since 1993. Using the altimeter record coupled with careful consideration of interannual and decadal variability as well as potential instrument errors, we show that this rate is accelerating at 0.084 ± 0.025 mm/y2, which agrees well with climate model projections. If sea level continues to change at this rate and acceleration, sea-level rise by 2100 (∼65 cm) will be more than double the amount if the rate was constant at 3 mm/y. 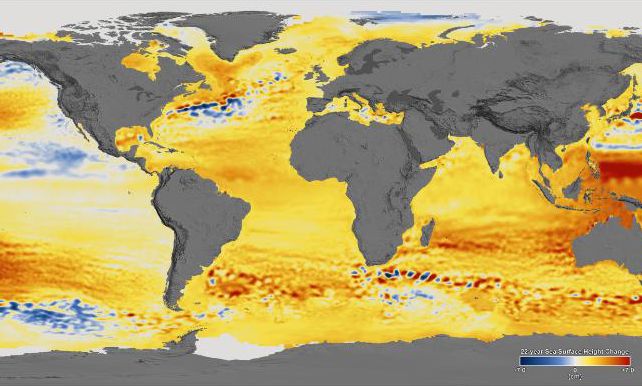 Satellite altimetry has shown that global mean sea level has been rising at a rate of ∼3 ± 0.4 mm/y since 1993. Using the altimeter record coupled with careful consideration of interannual and decadal variability as well as potential instrument...

If we want to do something about this, do go vegan, you can start by becoming flexitarian, leaning towards vegetarian most of your meals, before switching to full vegetarian and repeat to get to vegan.

The meat industry is contributing to global warming so significantly that it is estimated that the most impact an individual can do is to go meatless. This applies to the sangha as well, eating meat offered is to encourage the lay to offer future meat, which adds to the demand and economy of meat. The Buddha didn’t make vegetarianism compulsory, but he did allow individual monks and nuns to adopt this practise. So it’s perfectly consistent and within the scope of action for a sangha member to declare themselves as vegetarian/vegan to help save our future.

Thankyou Ayya-Vimala for your assistance in helping us to understand matters of great importance with regard to our collective well-being. Keep up the good work!

As food for thought I would like bring to attention this chart: 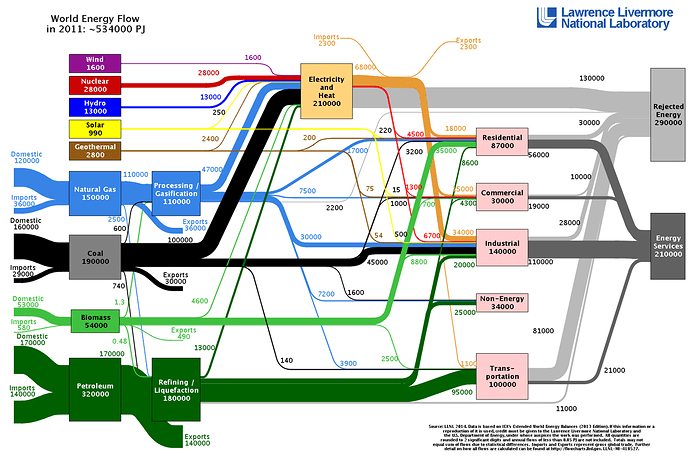 To revert or stall the sea level rise we have to address the three elephants in the room: the roles of natural gas, coal and petroleum in the current global energy flows (blue, black and green in the chart above).

Anthropogenic Climate change is a by product of our specie’s addiction to energy. Our tangible and intangible production systems are more than ever heavily dependent of someone somewhere burning something to spin a generator 24/7.

Mind yourselves that large scale renewable infrastructure only help slowing down the growth in the consumption of those things and in the big picture do not necessarily drive it down.

The number one priority of any climate action initiative should be therefore to find ways to bring about the innovation and paradigm change needed to allow humankind to gradually but steadily give up this addiction or at least bring maybe one day to zero the contribution of fossil fuels.

I personally doubt we will see any material progress to that end in the next 50 years or so! (nevertheless I voluntarily gave up driving!)

How do we, western Buddhists contribute to this? To answer that, let’s pick the case of someone who flies from London to Perth (WA) to take a retreat in Jhana Grove. The estimated emission of a economy class return flight is 5.9 tons, that is equivalent to 256 times the amount of carbon emitted in a 100 km drive to let’s say a retreat center or quiet setting located somewhere in the English countryside!

Isn’t there potential to provide Buddhist community more encouragement towards pursuing stable and solid practice locally / at home and/or in a decentralized way, potentially with remotely transmitted instructions or use of recorded teachings as their guide?

Anyone interested in understanding better the maths of the thing may check these links: 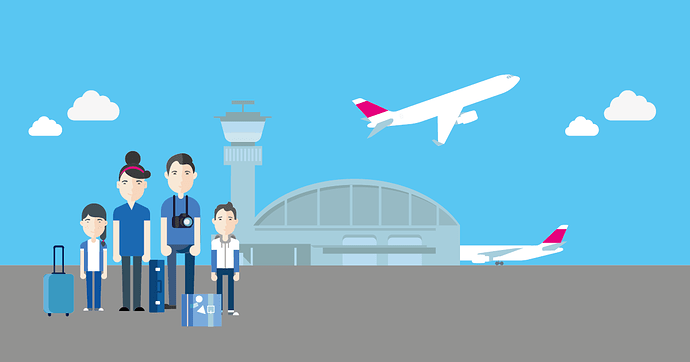 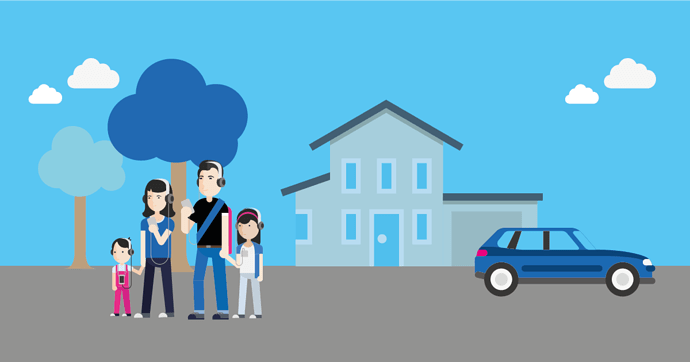 Note: Much of the above was shared originally in the post below.

Hi friends, This morning I attended the launch of the Buddhist Climate Action Kit at the Sydney Buddhist Centre. There was a lovely gathering of a variety of Sydney Sanghas from a range of backgrounds and the action kits were distributed. You can see a copy of the action kit here - Buddhist Climate Action Kit I think this action kit is an amazing tool that can be worked through with communities, temples, households, etc, on the local level to help develop and sustain more positive action arou…

And just to note, these are by no means the most severe credible projections. In a detailed, collaborative peer reviewed research paper, the world’s most senior and respected climate change scientist, James Hanson, predicted sea level rise of several metres in the next 50 to 150 years. We’re now at a little over 1 degree rise, and at comparable temperatures in the past the sea level was 6 to 9 metres higher than it is today. It’s only a matter of how long it will take to get back to that level. 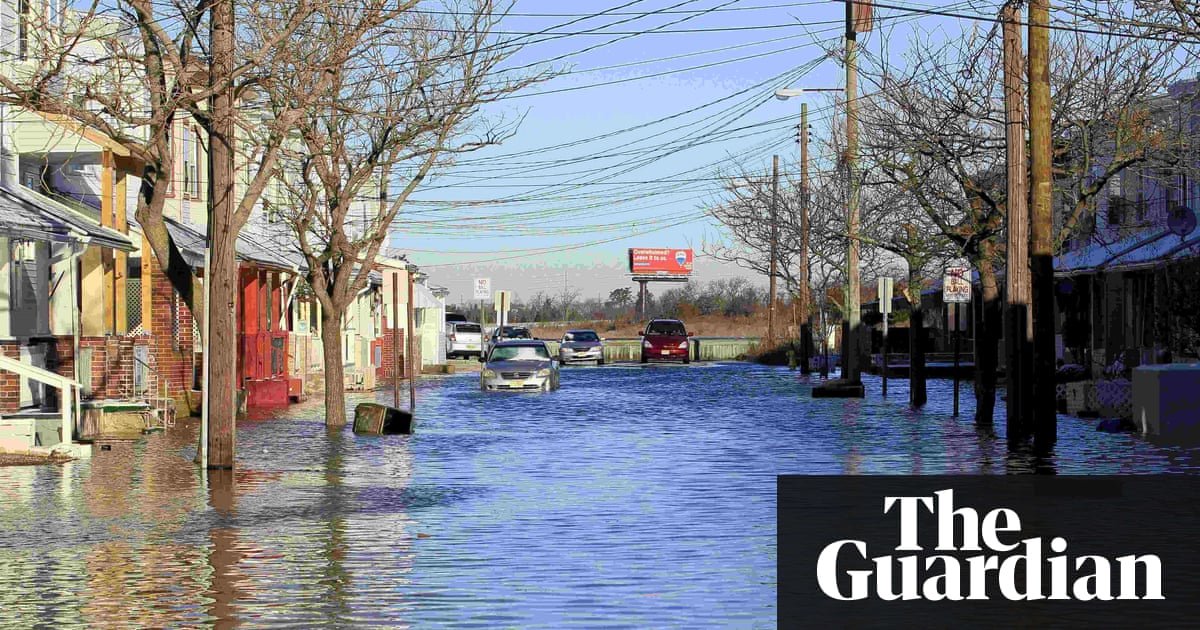 There is a great decentralized system of energy production that is renewable and sustainable that is on the drawing board in Sth Australia - check it out!

Cape Town was until recently scheduled to enter a severe drought phase in which water would have been extremely rationed.

I have heard of calculations that large areas in the Middle East and North East Africa will be uninhabitable by 2100 due to extreme heat and water depletion.

The conflicts over natural resources as we can see between Egypt, Sudan, Ethiopia and Eritrea are going to be arguably a much larger concern than sea level rise, even if a number of cities end up getting slowly wiped out.

Sure, I am aware of that. But to make a difference we need much more than that. The obstacle is that in the best-of-the-worlds scenario, in which any further growth in global energy needs is fully captured by new renewable infrastructure, the current emission picture would simply stay the same. In other words, it is highly unlikely that the problem will ever go away…

Energy - how it’s produced is an important part of sustainability but there are other important dimensions as well.

The greenhouse gases we are responsible for from burning fossil fuels and from agriculture are still going to drive an increase in temperature for some time to come even if we went 100 percent renewable tomorrow.

There are no analysts that I know of who encourage us to keep on burning fossil fuels and opening new mines and continue as if the problem did not exist - indefinitely.

Any steps in the right direction are advisable but we are not out of danger - not even close. It’s true that we may not be able to turn the tide of destruction but we have to try if we care about the problem.

It’s short sighted that we keep on burning valuable nonrenewable resources when we have other important uses for it - now and in the future.

Low-lieing countries - with high populations - like Bangladesh, will be inundated by rising sea water creating an enormous and unprecedented refugee crisis. A great gift to the young ones and those yet to arrive on the scene.

It would be complete stupidity to continue in the direction we are going and not undertake a course correction. Ignorance is the cause of our individual and collective misery.

I bought a kayak last year so I should be OK.

Low-lieing countries - with high populations - like Bangladesh, will be inundated by rising sea water creating an enormous and unprecedented refugee crisis

Indeed, it is a horrifying prospect. Even now, hundreds of thousands of Bangladeshis are annually displaced by floods and storms, and that number will only grow.

Australia has shredded its human rights commitments dealing with the relatively tiny influx of people in the past few years. There will be tens or hundreds of millions of displaced people in our region before too long. And having spoken to several politicians about this, I don’t think any of them have even a vague inkling of a plan.

It is important that we do what we can. But at this point, I think it is even more important to start making our peace with what is to come.

I guess we are all dealing with it as best we can! I do find it upsetting but my Buddhist training helps me to cope with the world as it is and, my immediate life situation. I do feel its important that we keep this great crisis ‘front and centre’ and do whatever we can to help, after all, we have all contributed - and still contribute - to the madness in one form or another. I still have hope that we will weather the storm ‘as a species’ but its not looking good at the moment. Best wishes, Laurence

Already some islands are submerged, their fresh water forever lost to the seas.

But there will be more than just loss of land. Sanitation systems are lost, watertables are lost or changed. We can expect disease and famine, massive migration and species extinctions.

May all beings achieve liberation.

edit: “forever” is too strong a word, and inaccurate.

But I suspect lost for the rest of human existence, as it takes serious time to come back to a re risen island which also takes time. Not a geologist however.

Additionally, by species extinction, I meant multiple, possibly including homo sapiens. But if you are unfamiliar with bonobos… they are a lovely chimpanzee like species, intelligent, tool and language using, capable of learning from observation and teaching each other… These distant cousins of ours are already in very low numbers. Uhm… they share a property with humans and dolphins and elephants, i.e. they are VERY affectionate with each other. NSW? ;D

… these are by no means the most severe credible projections. In a detailed, collaborative peer reviewed research paper, the world’s most senior and respected climate change scientist, James Hanson

In respect to credible projections & respected climate change scientists … This should be a moment for some epistemic humility as Buddhists and concerned citizens.

“Past nuclear power has been very safe. More people die in one day from the air pollution from fossil fuels than have died in the 50 year history of nuclear power plants”
– Dr. James Hansen https://youtu.be/v1f4BKsFrCA?t=723

James Hanson (‘the world’s most senior and respected climate change scientist’) is also a strong proponent of nuclear generated electricity. Very credible projections support the need for an increased contribution of nuclear power in our electrical energy grid if we wish to decarbonize not only the electrical system but also the global energy system.

… we are writing to urge you to advocate the development and deployment of safer nuclear energy systems. We appreciate your organization’s concern about global warming, and your advocacy of renewable energy. But continued opposition to nuclear power threatens humanity’s ability to avoid dangerous climate change.
https://plus.google.com/104173268819779064135/posts/Vs6Csiv1xYr#104173268819779064135/posts/Vs6Csiv1xYr

I think the wise and compassionate response to the risks of climate change is to, at minimum, get out of the business of opposing nuclear power.

In the US some prominent Buddhists speak out in opposition to nuclear power. I am unaware of any prominent Buddhist environmental groups that speak in favor of it or are dedicated to speaking as an honest broker on the matter. (I’d love to find such a group if you know of one.)

To revert or stall the sea level rise we have to address the three elephants in the room: the roles of natural gas, coal and petroleum in the current global energy flows