Snakes in the Loo and Other Training Hazards

I’m in Chiang Mai again this week, and once again a man was bitten by a snake that emerged from the calm waters of his toilet at home. These stories have been told before: Thailand: Snake bites man's penis in toilet encounter - CNN

Last night, the toilet in my apartment was making rattling noises. I was watching, as I usually do at night, a BSWA Dhamma talk (yes, I really do do this), and hearing the rattling noises, decided I may need to venture out to Australia to continue my practice. I love Thailand, and value beyond words being able to practice at Wat Umong and to visit Wat Phleng. But, toilet pythons? Hard to be mindful when one’s only thought is of the need to possibly battle a toilet python with a bum gun.

Then, I came across this this morning : Is there anywhere safe to practice these days? 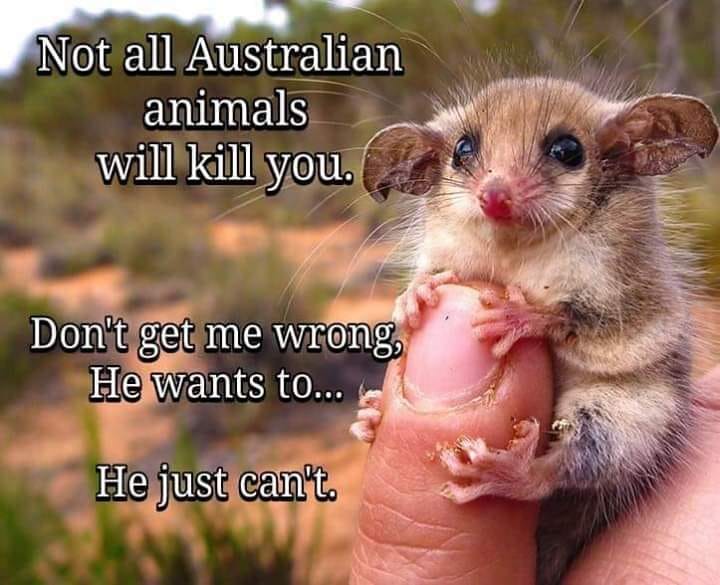 battle a toilet python with a bum gun

If this phrase is your only contribution to human culture, you can die knowing you have done your part.

Well we do have “red back” spiders (black widow family) frequenting the toilets in the bush here!!

I’m in tropical Queensland in Australia at the moment, and having found the recently shed skin, of a nice sized python, near to the outdoor toilet here, I’m looking out for those too…

Moral of the story… MIndfully approach the toilet

I’m in Chiang Mai again this week, and once again a man was bitten by a snake that emerged from the calm waters of his toilet at home. These stories have been told before: Thailand: Snake bites man’s penis in toilet encounter - CNN

It does give pause when one thinks about the dangers that abound in any number of terrains. When I was in Chiang Mai in February I took a short boat ride on the river. At one point the boat was approached by another boat and the second boat pilot showed the first one a video he made recently on that very same river showing what appeared to be a ten-foot python swimming in the river. You better believe that when we put ashore I kept a sharp look-out for danger! The photo below shows the approximate location of the python, it is not a video of the snake sighting (thank goodness!). 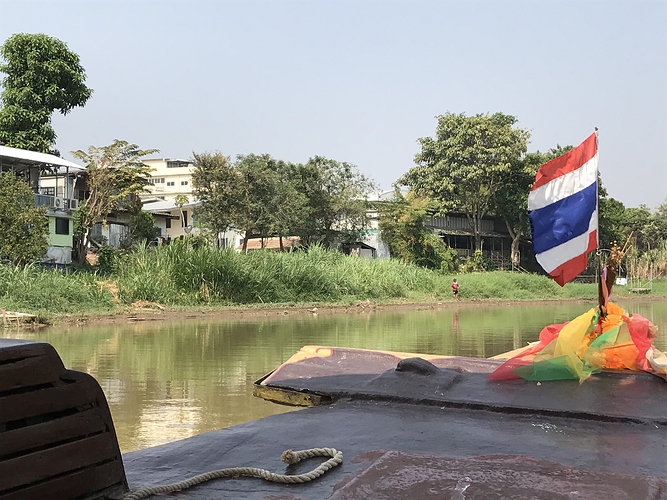 Seems like snakes have a penchant for hanging around toilets or bathrooms. I stayed at a camp for a few weeks in the very rural midwest where the only facilities were 3 or 4 outhouses on the property. Every night, at least one snake would be found in one of the outhouses, sometimes even in the pit under the outhouse, if you can imagine. They weren’t poisonous types (I can’t remember what type of snake they were) and never bit anyone.

Thanks, Bhante. So long as it is not my epitaph, I’m good with that.

May the snakes and spiders near our toilets be happy and may their lives not be cut short by human fear and ill will. And may they leave us alone.

On a serious note, the Buddha speaks frequently in the suttas about conquering the fear of solitude, wild animals and other hazards of the forest. But is there any consensus on what practices are involved in this conquest, and how they work?

The Buddha seems to have used something like the flooding technique or exposure used in psychotherapy:

Basically follow the Nike motto and ‘Just do it.’ But also moral purity and Metta were considered to have protective functions it seems.

I don’t understand what that means.

By flooding and exposure:

Flooding is a psychotherapeutic method for overcoming phobias. This is a faster method of ridding fears when compared with systematic desensitization. In order to demonstrate the irrationality of the fear, a psychologist would put a person in a situation where they would face their phobia at its worst. Under controlled conditions and using psychologically-proven relaxation techniques, the subject attempts to replace their fear with relaxation. The experience can often be traumatic for a person, but may be necessary if the phobia is causing them significant life disturbances. The advantage to flooding is that it is quick and usually effective. - Flooding (psychology) - Wikipedia

By ‘Just do it’ I mean you just go out into the forest to face and conquer your fears. If you don’t die or go insane you’ll settle down at some point and won’t be so fearful anymore.

Also, the Buddha and other Indian ascetics and even monks today seem to think you’ll be less likely to be killed by animals and spirits if you are moral and have Metta. Whether this is true or not I don’t know, as no one has ever collected the empirical data necessary to find out.

I think the difference is that the Buddha didn’t just conquer irrational phobias, but also fear that would generally be regarded as rational. If I wake up in the night here in my New Hampshire house and am paralyzed with terror because I am afraid an elephant is going to sit on me, or a poisonous snake is in my underwear, that’s an irrational phobia. Maybe a therapist could get rid of it in a controlled flooding situation of some kind.

But if I am in the woods in India at night, and an elephant changes at me, or a poisonous snake crawls across my foot, the fear I would likely feel is not some irrational phobia.

I believe the conquest of fear is connected with the cultivation of metta - and perhaps the other brahmaviharas. But the suttas offer sparse advice about how to cultivate these states of mind.

In the sutta I posted an excerpt of above (MN 4), the Buddha talks about how he just stayed in whatever position he was in when fear and terror arose in his mind while staying in the forest. This bears a family resemblance to the flooding technique in psychotherapy. So it seems that Metta is not the only technique used to overcome fear of wild animals and spirits.

Scary stuff! I am sometimes bothered by noisy sea-gulls, but they don’t actually attack me unless I am holding a portion of chips.

I am now happily back in Chiang Mai Thailand. This made the news today. 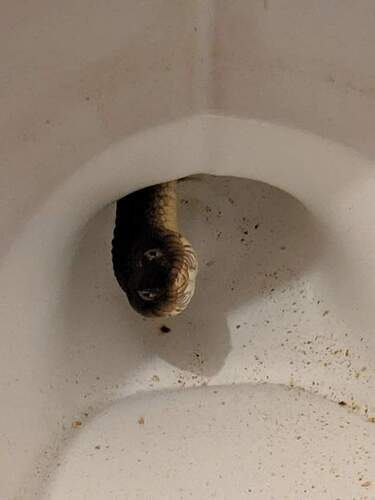 While staying in Jaisalmer I complained about a rat in the toilet and was told not to worry “the snake would take care of it”.

The second example you gave of “rational fear” is too difficult to be addressed just by metta etc. Even if one knows the snake crawling on your leg is not poisonous, the mere sight/recognition of it kicks off “freeze/flight/fight” response. The entire conscious thought process is bypassed and limbic system (the oldest brain system) takes over. It happens too fast. To overcome normal amygdala highjacking in such situation takes a lot of practice of a different kind I am guessing. The time it takes to process through thoughts of metta for that being is much longer than the response time built into us via evolution. It can be done obviously. I am sure youtube is full of videos of such dares.

How about intestinal worms? Can we count those as snakes in the loo?

Not sure which is worse: a snake or bear in the toilet? Alaska woman attacked by bear while using toilet - BBC News