Snp 1.9 is the Hemavatasutta, a charming little dialogue between two yakkhas who apparently have a rather elevated sense of propriety.

The names are Hemavata and Sātāgira, and I am ashamed to say I have only just now realized that they both titular deities of mountains. Hemavata is the guardian of the “Himalaya” while Sātāgira is from “Mount Sātā”, which unfortunately I cannot identify.

They are mentioned elsewhere in DN 32, while in DN 20 thousands of glorious yakkhas come from these places, presumably all the subjects of our chiefs. The current sutta has echoes of those Digha texts, and presumably stem from a similar period. It seems the overall purpose is to establish the Dhamma in the Himalayan region, as our yakkhas determine to do at the end. Thus it would be an early example of the pattern of “conversion by yakkha” that is so prevalent in Buddhist texts of the time. The connection with proselytizing the Himalayan region invites comparison with the Himalayan monks mentioned in connection with the post-Ashokan period, whose relics are interred at Sanchi.

As for the translation, it’s a straight question and response setup, with Sātāgira the instigator and apparently very familiar follower of the Buddha.

The tone of the questions by Hemavata are, however, a bit tricky to capture. Most translations have them simply as questions, but they all start with kacci which has an idiomatic sense of “hopefully”, “isn’t it true that …”. It’s not really an interrogation by Hemavata; rather he is asking leading questions, probably for the benefit of the thousand yakkhas whose presence is revealed near the end of the sutta. That this is so is confirmed by the fact that his questions are increasingly detailed and require specific knowledge of Buddhist doctrine.

I try to capture this by rendering, for example,:

Isn’t his mind well-disposed,
impartial towards all creatures?

In verse 6.4 we have the somewhat unusual term vebhūtiyaṁ as a kind of wrong speech. The commentary, as well as both Norman and Ven Bodhi, have a fair bit to say about this, with Norman settling on “untruths” and Bodhi on “destructive speech”.

For aṇṇava Norman has “ocean”, Bodhi “sea” but in the Suttas aṇṇava is regularly depicted as a body of water that might reasonably be crossed by a man in a raft, especially a “deluge”. (Ud 8.6, MN 22:13.6)

Sātāgira maybe referring to this location?
Famous Hindu temple over there.

The seven hills, also called Saptagiri, represent the Saptarishi (seven sages). They sometimes called the Sapathagiri. Hence the Lord is named Saptagirinivasa. The following are the seven hills:

Sapthagiri which is also called Tirumala Hill is situated in hill town of Tirumala, near Tirupati in the Chittoor district of Andhra Pradesh, India. This hill is 853 m above sea level and is about 10.33 square miles (27 km2) in area. It comprises seven peaks, representing the seven heads of Adisesha, thus earning the name Seshachalam. The seven peaks are called Seshadri, Neeladri, Garudadri, Anjanadri, Vrushabhadri, Narayanadri, and Venkatadri. The hill is famous for the famous and one of the ...

It seems like a stretch (sātā to sapta), and given the association with Hemavata i’m pretty sure it’ll be in the Himalayas somewhere.

Given the fact that Sātāgira was depicted as a powerful yakkha, peer of the “Himalaya” himself, Mount Sātā must have been a well-known and impressive sight. And presumably it was in the stretch of Himalayas close by Uttar Pradesh and visible from the plain.

Perhaps “Nandadevī”? Sātā is a feminine form meaning “joy”, which makes it almost the same meaning as nandā. It is one of the largest mountains in India, and would, I believe, have been visible from the regions where the Buddha traveled. 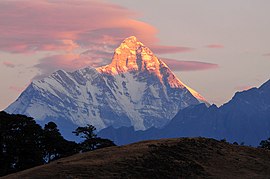 Thanks for this interesting analysis. I like your hypothesis which links the place mentioned in Snp1.9 to Nanda Devi.
Nanda Devi seems to be a very beautiful and special place. 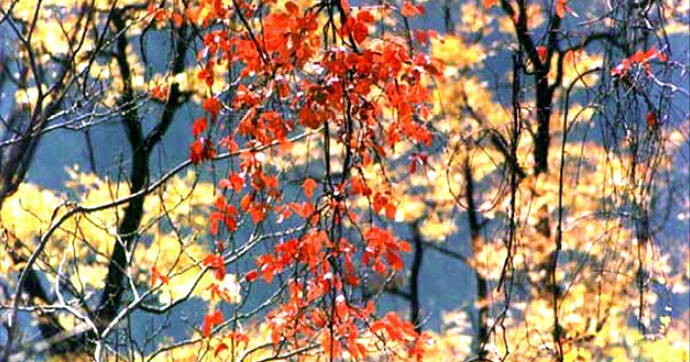 Nestled high in West Himalaya, India’s Valley of Flowers National Park is renowned for its meadows of endemic alpine flowers and outstanding natural beauty. This richly diverse area is also home to rare and ...

vebhūtiyaṁ as a kind of wrong speech

This is just a random observation, and doubtless KR Norman and Ven. Bodhi have said everything that could be said already, but the semantic range on this reminds me of Skt vi √ brū Sanskrit Dictionary

It’s a different root. √ Bru is quite commonly found in Pali, especially verse, although vi √ brū doesn’t seem to occur.

doubtless KR Norman and Ven. Bodhi have said everything that could be said already

You’d think, but no, not really. They both address many questions, but there is much left to be said as well.

Not that I have any illusions that I would find it, but I went looking anyways and there is a Mt. Satopanth. 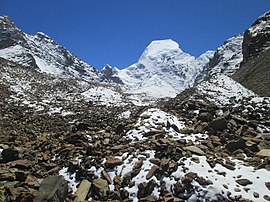 Mount Satopanth (7075m) is one of the prominent peaks of the Garhwal range of Himalayas that politically fall in the Indian subcontinent and also the second highest peak in Gangotri National Park. The nomenclature of the peak is derived by an amalgamation of two Sanskrit words “Sato” meaning ‘Truth’ and “Panth” meaning “A Figure of veneration or Devotion” when combined means {The True Figure of Devotion and Veneration}. The mountain was first climbed successfully by a Swiss expedition in 1947,...

“Sata?” Mt. Truth? But then we would expect to find “Mt. Sacca” in Pali. I have no clue how you would even go about finding out when this mountain first started being called Satopanth. Is it an old name? New? So yeah, probably nothing. That is my useless contribution. It is also unlikely to change anyone’s life in any significant way.

I was commenting about the semantic range, not the derivation, which should be apparent. I meant, vebhūtiyaṁ meaning anything other than untruth is a little odd, isn’t it, given its literal sense of vi+bhūta (separated from reality?). Although it’s fully possible that the semantic range of vebhūtiyaṁ may have expanded beyond its etymology…to intrude upon a semantic space which could possible also be occupied by vi √ brū.

You’d think, but no, not really. They both address many questions, but there is much left to be said as well.

Ek! I should have said, is that Bhante Sujato has given us a comprehensive introduction, having already covered relevant literature by KR Norman and Ven. Bodhi, so what I personally can contribute is not very much.

I was commenting about the semantic range, not the derivation

Vibhūta is actually a funny term in Pali, and I haven’t really got to the bottom of it. The dictionaries say it means “clear”, but it doesn’t seem to have that sense in the Suttas.

In AN 11.9 and eg. Snp 4.11, Snp 5.15 it has the sense “vanished”. See Ven Bodhi’s note 2211 in Numerical Discourses, where he remarks that he thinks vibhūta is only used in the sense of “vanished” in the Suttas. However he does not take into consideration the contexts regarding speech.

The astute would not make friends
with the slanderous or those who love division,

The commentary to that passage says it means either “delighting in the annihilation of beings” (which seems unlikley!) or else delighting in division (vibhūtaṃ vā visuṃ bhāvo bhedo, taṃ nandanena).

Surely the etymological sense is pertinent here? The root meaning of vi- is to divide, and vi-bhūta most straightforwardly would mean “become separated”.

It might be a colloquialism, but it sounds like a false etymology. panth is, rather “path” and here it surely means “range” or perhaps “pass”. Sato could be a colloquialized form from sātā I guess, but I’m not feeling it.

Thank you~~~ that is very helpful. I was thinking like abhūta meaning “false”.

Just for the record, SA 1329 is the clearest of three Chinese parallels for the Hemavata Sutta:

不離他親厚 is very clearly “not destroying [separating] the closeness and affections of of others”, for vebhūtiyaṁ.

One day I will live up to my own standards and actually read the text before commenting haha. Actually, vebhūtiyaṁ as divisive speech is much clearer in the Pali context anyway, thank you Bhante.

I copy-pasted this on Google and it led me here : 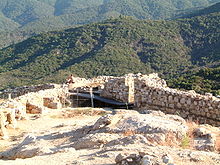 Stagira (/stəˈdʒaɪrə/), Stagirus (/-rəs/), or Stageira (Greek: Στάγειρα or Στάγειρος) was an ancient Greek city located near the eastern coast of the peninsula of Chalkidice, which is now part of the province of Central Macedonia. It is chiefly known for being the birthplace of Aristotle, the Greek philosopher and polymath, student of Plato, and teacher of Alexander the Great. The ruins of the city lie approximately 8 kilometres (5.0 mi) north northeast of the present-day village of Stagira, clos...

A bit of a stretch here, but could Satagira been a Greco-Buddhist?

A bit of a stretch

A bit? Well, my offhand remark has led to some fascinating byways, there’s that at least.

It is, I think, possible that the time period of this sutta and the Greco-Buddhist era overlapped (i.e. a couple of hundred years after the Buddha). But the “Greeks” in India were very far from home. So no, i don’t think this is plausible:. But thanks for the history!

If it’s of any help, Vibhuti is currently used in India (mainly by Hindus) to mean: