Some updates for SC

We’ve made a few updates to SC:

Users of various third-party services that had previously not supported SC may find that they work now. One culprit behind this is a feature called ShadowDOM. This is designed to encapsulate parts of a page so that bits don’t interfere with each other. It’s been a standard for many years now, but some software has not been updated to respect it. Anyway, we’ve now moved the main SC content into the regular DOM and use ShadowDOM only for UI elements (toolbars and the like).

I can finally ctrl-f within a sutta! Praise!

Thank you Bhante and all those who have contributed.

Thank you for the great work

@sujato Does SuttaCentral have the rights to publish the whole Mahāsaṅgīti Tipiṭaka Buddhavasse 2500 in the nice pdf LaTeX version? I am really looking forward to this collection in 45 volumes for example (something comparable to or better than what the Thai people has done few years ago but then somehow they took it offline unexpectedly).
If SuttaCentral has the rights, does anyone want to do it?

It’s not a question of rights. As we state on our licensing page, all ancient texts are inherently in the Public Domain. Any and all legal claims made over those texts have no legal basis.

So yes, we have the rights to do whatever we like with those texts, as does every other person.

Our publications project is slated to start soon: 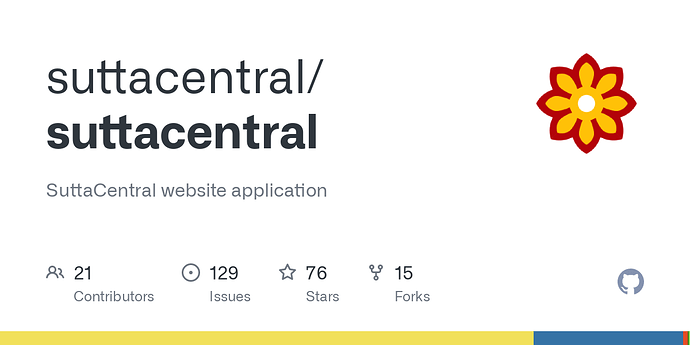 Currently producing Pali-only texts is not a priority. The reason for this is that in most Buddhist countries, there are already abundant printed copies of the Pali canon in Pali.

Having said which, the difference between doing a translation text and a Pali text will be minimal, so there’s no real reason not to do the Pali. If you think there’s a case for it—and especially if anyone is interested to set up a project for printing them—then make the case and we’ll listen.

FYI, there are, off the top of my head, probably two main issues that need to be considered when printing the Pali texts.

Note too, that with Aksharamukha it should be possible to create printed editions in pretty much any script. It doesn’t have to be Romanized.

Please be aware that there are some minor bugs in this code, so while good enough for the web, it may not be suitable for printing.

If you know of any, let Vinodh know, he’s eager to fix things. He’s been very helpful pointing out bugs for SC, so we should return the favor! 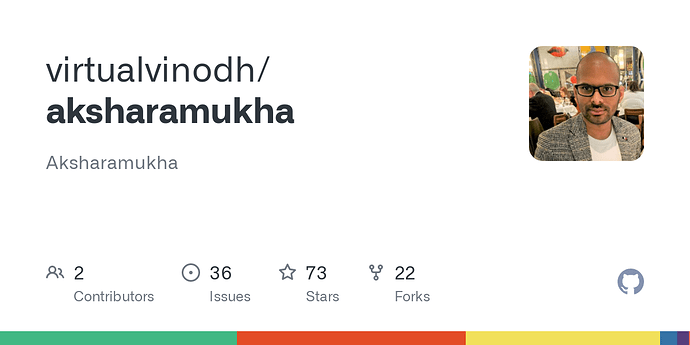 Aksharamukha. Contribute to virtualvinodh/aksharamukha development by creating an account on GitHub.