SuttaCentral is preserved for 1,000 years in Github's arctic code vault

SuttaCentral has always embraced openness and sharing as core to our philosophy. Since 2012 we have hosted our source code on Github, the world’s largest repository of open-source code. There it is free for anyone to use. This has made it available for all kinds of cool things, such as SC Voice, epubs, books, and more. The philosophy of open source is sharing: together we are more. And it has some unexpected and very welcome benefits.

In 2020 Github partnered with Norwegian state-owned mining company Store Norske Spitsbergen Kulkompani (SNSK) and very-long-term digital preservation provider Piql AS in the Arctic World Archive to create a snapshot of all significant public repos and preserve them. They are kept in a frozen abandoned mine in Svarbald, a glacial archipelago in the arctic circle administered by Norway. 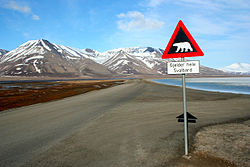 – in Europe (green & dark grey)– in Norway (green) Svalbard (/ˈsvɑːlbɑːr/ SVAHL-bar, Urban East Norwegian: [ˈsvɑ̂ːɫbɑr] (listen)), previously known as Spitsbergen, or Spitzbergen, is a Norwegian archipelago in the Arctic Ocean. Situated north of mainland Europe, it lies about midway between the northern coast of Norway and the North Pole. The islands of the group range from 74° to 81° north latitude, and from 10° to 35° east longitude. The largest island is Spitsbergen, followed in size by N...

SuttaCentral’s code was included in this. The Dhamma is there, frozen, waiting for future generations to rediscover it. 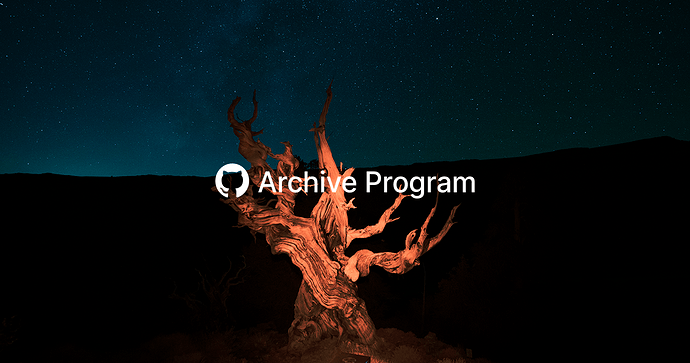 I do wonder how readable it will be to the future civilization… and if they can read the data, will any future digital-archeologists even bother wading through the terabytes of JavaScript UI libraries to discover the little gems like SuttaCentral?

But it is still really awesome, and I guess you never know. Who thought we’d discover thousand-year-old manuscripts and decipher their weird alphabets and recover their ancient words?

I do wonder how readable it will be to the future civilization… and if they can read the data, will any future digital-archeologists even bother wading through the terabytes of JavaScript UI libraries to discover the little gems like SuttaCentral?

I once read that we’ve been losing more information since the dawning of the digital age due to outdated information formats than we did in the pre-digital age. For example, imagine trying to get information from a floppy disk that is in some old proprietary format as opposed to a clay tablet that is hundreds of years old.

Both very valid concerns. And in a worst-case climate collapse scenario, 1,000 years is way too short. It’ll be thousands of years, maybe much longer, until the earth is a pleasant place to build a civilization.

Dharma Pearls in the archive, too. I remember when they sent a message telling me about it.

How on earth did I miss this extraordinary piece of news!

But another problem to consider: do they really believe that the future archeologists will be able to find it when all these school children are sploshing about in the mud looking for theirs? Here’s a warning story:

For the third time in six months, primary school in Western Australia has lost a piece of its history due to a missing time capsule.
In October last year, metal detectors and a 20-metre excavated trench were not enough to find a time capsule buried at Yarloop Primary, in the South West of WA and then in November, a 25 year-old capsule that was dug up at Balingup Primary School turned out to be empty.
Months later and staff at Amaroo Primary School in Collie have called upon members of the community to help them figure out where one, or perhaps two, time capsules are buried …

will any future digital-archeologists even bother wading through the terabytes of JavaScript UI libraries to discover the little gems like SuttaCentral?

Something about this task smells very automateable

If the future folks can read digital data, then perhaps there’s hope that their AI could recognise patterns and separate religious content from the rest. And then maybe even separate religions based on content overlap. Who knows…

In the spirit of openness and with all due respect, I do have mixed feelings about this. And I feel disappointed that we fell for this company’s futuristic sales pitch for a value proposition that is entirely nonsensical in practical terms but appealing as an idea. Even though I understand we have good intentions behind this decision. As they say, all things begin with good intentions…

One is due to direct environmental damage we are causing Here & Now with the good intentioned decision for a distant future which is not in line with what buddhism taught. Did the Buddha pass a decree for a decision to cut down the forests of a mountain and inscribe on the mountain of India the sermons he spoke?

And secondly, I find that conservation of the physical structures of texts doesn’t do the intended purpose of conserving the essence that the texts are supposed to carry….which is meant to be carried in each generation’s hearts.

Just look at today, there are so many misinterpreted meanings even within Theravada where we preserved the oldest texts and therefore supposedly we are closest to the truth. Certain cultures that are clinging to and there by preserving these old physical structures that we can call “texts”, are much worse off in their understanding and exhibition of compassion, kindness, peace. They may have successfully preserved these physical structures, but the essences are long lost in the changes of time.

There is no need to worry about the continuation of the essence of enlightenment, as it is always available and accessible to those who are perceptive of the enlightenment quality, even without texts as these people have the wisdom and insights within them from other lifetimes.

I have found this worry to come from a fear based mindset, which is a hinderance in and of itself. Let us not forget, that the Buddha method for the continuation of the dhamma is through his students who would demonstrate and carry the essence of the teachings through their behaviour and way of living than through any other physical structures which are subject to the misinterpretation of any kind , being dependent upon the minds of the people that interprets it.

If there will be no more students who do not have the minds and behaviour in line with the essence of teaching, having the physical structure of texts doesn’t do it’s intended purpose.