Since yesterday I noticed Suttacentral is not working on my computer with Firefox. Discourse is still working fine (I’m writing this in Firefox now), but the main site, only the side bar on the left is there, no actual content in main window even home page or sutta page etc.

Usually the site works with reduced functionality, have to trick it with a specific procedure to make the look up tool work but then all working fine. But now, not even any text. If this is only me, sorry for troubling. But I thought it might be related to an update or something like that? Anyone else having issues?

I can still access it on Waterfox though. Also, the look up tool seems to function naturally with Waterfox, don’t need to do the special routine to get it working.

Yes, am having a similar issue with Firefox on Windows. The discourses from the AN are displaying though (if somewhat more slowly than normal). Not for the other nikayas as far as I can see though. Things work OK on the Opera browser and Edge.

FF on Ubuntu works fine. I’ve tried random suttas from all Nikayas and no problems.

Sorry to hear this guys. It’s most likely something to do with the update a couple of days ago. However, like sabbamitta, I am using FF on Ubuntu and have no problems. The update didn’t really do anything that should affect browsers, so I suspect that it’s either a cache issue on your end, or a random configuration detail or procedure fail on ours.

Can I just run through some basic checks:

Console, then hard refresh while the console is still open. Errors should appear in red. Copy them or screenshot and post them here. That would be super-duper helpful!

Everything was back working fine again today in my usual browser (hadn’t done anything). Also checked on a Firefox browser in a different account on the same PC, which hadn’t used suttacentral (this had no issues at all from the get-go). Then checked Firefox on a tablet where I have used suttacentral. That was having issues this morning until I did a hard refresh (Ctrl+F5) on that. It seems to be some cache issue that appears to solve itself over time (or otherwise something a hard refresh solves straight away).

Do you have the latest FF? If not, what version?

It claims to be the latest. Gives these details:

I’ve never come across this, but I did shift + delete and nothing changed

This worked, the suttas appear. The lookup tool is still dysfunctional, requiring many clicks to get it working same as before.

I don’t know how to do that, but when I have time I’ll try! Does this mean the whole cache or just suttacentral cache?

I didn’t actually realise the lookup tool worked properly in Waterfox until I tried it when the texts stopped working with Firefox. I only used Waterfox for the DPR, and that only works for search hits now, not going to the actual texts anymore. But since Suttacentral works properly with Waterfox, I might start using that as default for Suttacentral, because having to do so many steps to get the lookup tool working on each individual page, takes up a lot of extra time. It’s such a useful tool that this makes Waterfox far more useful than Firefox for this site.

Must be so complicated making an advanced website that has to work with so many different browsers and operating systems! The work is much appreciated! And thanks very much for offering solutions to this latest issue.

I’ve never come across this, but I did shift + delete and nothing changed

Hi. I had to look it up myself but the keys for a hard refresh in Firefox are Ctrl+F5 rather than Shift+Delete (clears out the cache for the particular website you are on).

Okay, so it seems to be a caching problem; it should go smoother than that, we’ll se if we can do better next time.

As for the Pali lookup, We won’t fix that immediately, but we do plan to upgrade all elements over the next few months, and will try to make sure the updated version is more reliable. (Tooltips are surprisingly difficult to get right!)

Hi. I had to look it up myself but the keys for a hard refresh in Firefox are Ctrl+F5 rather than Shift+Delete (clears out the cache for the particular website you are on).

Unfortunately Ctrl+F5 is doing nothing for me, still not working.

I’ll try to research how to delete cache for this site later, sounds like that should do the job! But right noe have to go perform some shakuhachi from Fuke Shū (now extinct school of Japanese Buddhism) at the British Museum for an interfaith event!

shakuhachi from Fuke Shū (now extinct school of Japanese Buddhism) at the British Museum for an interfaith event!

Okay, well that sounds amazing, tell us how it went!

how to delete cache

It seems FF doesn’t have a specific tool for this, but you can do it a little round-about:

How can I clear a single site from the cache in Firefox?

Okay, well that sounds amazing, tell us how it went!

Ah thank you Ajahn. Yes it was nice, it’s an annual interfaith music event I participate in as one of the Buddhist representatives. There are other groups, seem to be all modern forms like Triratna, some new Japanese ‘Buddhisms’, and then plenty of regular forms of other religions. I seem to always be the only one involved with either Early Buddhism or Tibetan Buddhism (though I’m there musically representing a form of Japanese Buddhism - anyone confused yet?

I guess normal Buddhists aren’t involved perhaps because Buddhism doesn’t traditionally have much to do with music. I even explained to a Triratna man who came to ask me questions about Buddhist music afterwards, that I believe the Buddha advised his disciples to stay away from all music and other art forms that stimulate the senses, but also that that was because, in my opinion anyway, the Buddha’s training for his serious disciples was totally focused around jhāna training, and that in order to go into the non-sense sphere of jhāna, it helps to reduce our fascination with and attraction to the sense sphere. But also since almost all forms of Buddhism have totally rejected jhāna practice, this avoidance of music is not necessary. Or even for people who believe jhāna is the thing to do, but don’t do it for whatever reason - for them there’s also no need to avoid music in that case. So aside from jhāna, I think music, even training in music, can be very good. Personally I find that shakuhachi honkyoku (the music the playing of which seems to have been the main practice of the Fuke Shū (the branch of Buddhism this music comes from, and was abolished along with various other forms of Buddhism in the Meiji Buddhist persecution) to particularly require concentration and relaxation, the two factors so essential in initial meditation training. So I find it very useful as a supporting practice. Though not as a main practice, as some romantacists would take it as if it’s enough for enlightenment.

I also took the time to talk about death. I often do when I play shakuhachi. I know it is a taboo in Western countries, but, my own master (a yogi from the Drukpa Kargyu school of Tibetan Buddhism) said that Milarepa said that to do anything without remembering death is a waste of time. So I try to communicate that message, give the people an opportunity to contemplate their death, so as to reflect and make their life meaningful, bring it into accord with the knowledge of that fact of impermanence. 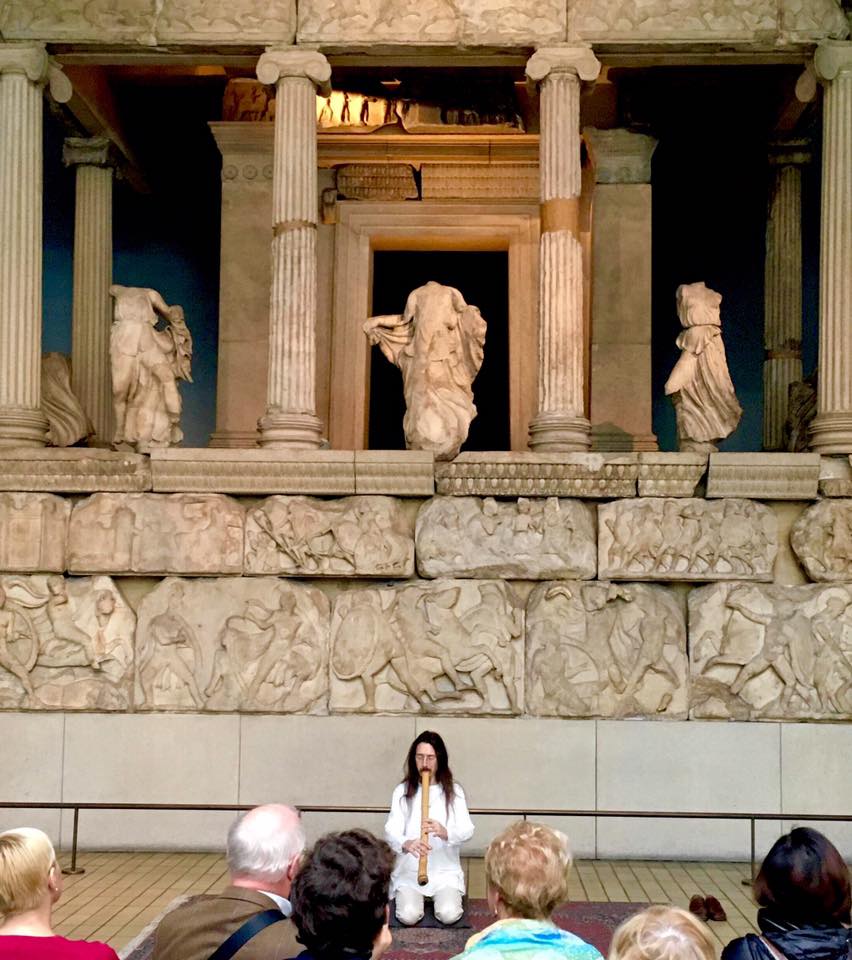 Many nice people from many traditions there. I especially like Sufi and Hindu music!

It seems FF doesn’t have a specific tool for this, but you can do it a little round-about:

That’s the instructions for Mac. I took it on board and tried to work out the way for Mac. Here’s the way I used:

Sorted! Thank you very much Ajahn.

Have to say that sounded like a fascinating event (interesting sampling of Eastern religious musical traditions by the sound of things)! Am always a little envious of the more musically inclined (probably because I hardly have a musical note in my head

Maybe this the reason why… 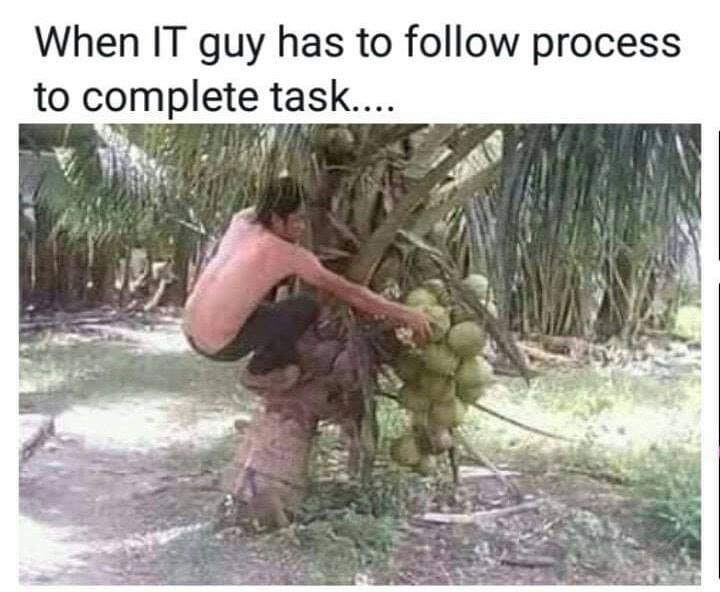 Many nice people from many traditions there

Great photo! I know a couple of shakuhachi players here in Oz, too.