The Buddha would have believed you

I was kindly invited by Buddhadharma magazine to make a contribution to their recent edition, on the topic of community. I wrote about the threat of sexual abuse in patriarchal communities, and how the Buddha laid down a rule that monks should believe women.

I’m happy that Buddhadharma had the guts to print it, as I’m guessing a lot of people won’t like it. 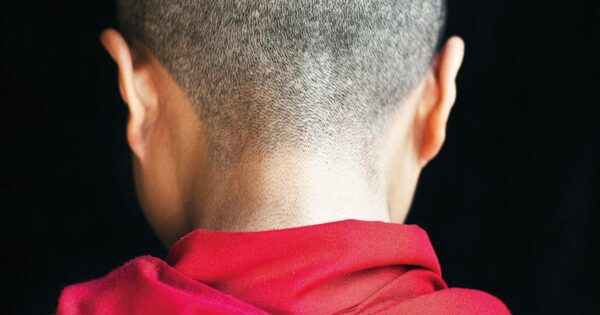 The Buddha Would Have Believed You

In too many Buddhist communities, women have not been believed when revealing harm caused by men. Bhikkhu Sujato looks to the Vinaya and finds another approach.

Thank you for writing it Bhante and sadhu to Buddadharma for publishing it.

(As an announcement, this post belongs in the Events Category, but since some people may wish to discuss the actual essay I’ll put a link there and leave the original here.)

lmao Thanks for calling out BMC’s handling of this rule especially in light of the former Sangharaj’s writing on the subject. I wonder if there will be a “Letter to the editor” in response…

I turned to D&D tonight as I sometimes do, right before retiring for the night, and read Bhante’s The Buddha Would Have Believed You. Again, a great topic and excellent scholarship and reasoned argument.

As Bhante points out, the Buddha’s perspective on the burden of proof in the Sangha was to place weight and credibility on the words or accusations of the women, when the conduct of a male Bhikkhu was involved. I thought about this, and recall that in American law, we have an exception to the hearsay rule called “declaration against personal or pecuniary interest.” The idea is that when someone makes a statement that is against their own interests, they are usually telling the truth.

In United States law, Declarations against interest are an exception to the rule on hearsay in which a person’s statement may be used, where generally the content of the statement is so prejudicial to the person making it that they would not have made the statement unless they believed the statement was true. Some states, such as California, extend the prejudice to “hatred, ridicule, or social disgrace in the community.”

When a woman makes a claim that she has been a victim of a sexual assault, it is a statement against interest. When a layperson in her beloved Sangha community makes a claim against a monk, it is also a statement against interest, in the sense that she has with her claim risked her reputation and possibly the rejection of her community. When we see generally how women that accuse the Harvey Weinsteins of the world are treated, we understand how these claims are against (personal and career) interest and should be given great weight.

Perhaps this rationale is part of the wisdom of the Buddha’s general Aniyatas rules in the early Vibhangas that the claims of women be given great weight. It takes courage, and a willingness to risk reputation and belonging in community, for a woman to make a claim against a Bhikkhu. Bhante Sujato’s article once again makes the compelling case that when we want to find the right answers to the difficult questions in Sangha and in life, we need only to go back to the true Dhamma and early Vinaya of the historical Buddha.

Thanks for calling out BMC’s handling of this rule

We really need a better critical text on Vinaya for monastics.

in American law, we have an exception to the hearsay rule called “declaration against personal or pecuniary interest.”

That’s really interesting, thank you. The cost to those who call out abuse is just terrible. We see it in the public figures who have spoken out after years; it is a heartbreaking struggle even for Supergirls both literal and fictional, how much more so for “ordinary” people with no platform, financial security, or voice.

We can’t keep making apologies for those who justify the systems that enable abuse.

To summarise then when an accusation is made it should be believed and the man found guilty even if there is no evidence? That he is guilty until found innocent?

I’m happy that Buddhadharma had the guts to print it

No kidding. What a bold and strong presentation. I sincerely hope it is a wake up call for many.

My sense of this is that the testimony of the woman is given proper weight; she is presumed credible. I read through some info this morning and found a summary of the Pāṭimokkha, which included Adhikarana-samatha, which seems to set forth the rules for determining legal issues and disputes:

It appears not that the monk is “guilty until found innocent” but that he can admit to the offense, or if he does not admit the offense, there is a vote of the Sangha as to guilt. My sense of this is that from an evidentiary standpoint, the weight of the testimony of the woman is given great weight, and that the burden of proof lies with the monk to either admit the offense, claim insanity, or be found after a hearing in the Sangha to be guilty or innocent.

I see. As far as I understand secular law, the burden of proof is always on the one making the accusation. To have it the other way around is to essentially judge guilty until proved innocent it seems to me. I find it rather chilling if that his how monastic law operates, which I’m no expert in.

As far as I can see there has been no indication of this at all. The point is that accusations need to be investigated thoroughly, diligently and without shifting the focus of blame/attention onto the woman, not just dismissed because a Bhikkhu states that he is innocent…

This is a special case, IMO, because the conditioning is so strong that it biases and prejudices against the accusations of women. I see the Buddhas prescription here as a specific antidote to these extremely common and deep defilements.

The point is that accusations need to be investigated thoroughly, diligently and without shifting the focus of blame/attention onto the woman, not just dismissed because a Bhikkhu states that he is innocent

That is very reasonable.

Thank you for this very important and timely article. I hope we can reassure all Traditions and Communities of the ethics and morality that the Buddha taught and the standards that must be upheld.

I especially appreciated the well-researched comparisons between the Vinayas/Vibhangas of different Theravada traditions:

There are several Vinayas in existence, each of which can trace its origins back to the time of the Buddha. They share a core of rules and procedures, but the explanations and stories differ somewhat, as they were settled and organized in the few centuries following the Buddha’s life. Each represents a historical school of Buddhism in India, only three of which survive and are practiced today: the Theravada Vinaya in Pali, the Dharmaguptaka Vinaya in Chinese translation, and the Mulasarvastivada Vinaya in Tibetan translation.

the Vinaya in general holds a very high standard of presumption of innocence. Typically, a monk or nun cannot be held guilty until they have actually confessed.

The Aniyata rules appear to present an exception to this. This creates a tension between the presumption of innocence and the emphasis on believing the woman’s testimony. As we have seen, contemporary studies show that a woman’s testimony is reliable, thus supporting the exceptional case of the Aniyata rules. It should be noted that the Pali Vibhanga, the old commentary on the rules, undoes this, requiring that the monk confess. However, if we compare Vinaya texts of different schools, we find that most of them—namely, the Mahasanghika, Mulasarvastivada, Sarvastivada, and Dharmaguptaka—allow legal action to be taken solely on the basis of the woman’s accusation, although each works out the exact details somewhat differently. In this case, the Pali Vibhanga is clearly the exception, and does not represent the consensus of the ancient Indian sangha.

In addition, in the Pali Vibhanga, the slightest flaw in the woman’s testimony is sufficient to dismiss the whole case. For example, if she says, “I saw you sitting down having sex with a woman,” and he says, “I wasn’t sitting but lying down,” then he gets away with it.

The rule laid down by the Buddha emphasizes believing women and holding men accountable. The Vibhangas, written some centuries later—with the notable exception of the Dharmaguptaka—shift the focus to exonerating men and disbelieving women.

The medieval Pali commentary Samantapasadika, by Acariya Buddhaghosa, justifies this by pointing out that sometimes what is seen is not what really happened. He is not suggesting that the woman is lying, merely that she may be mistaken.

However, the Thai commentary Vinayamukha, by Sangharaja Vajirananavarorasa, points out the fallacy in this idea. If in the end only the bhikkhu’s word is accepted, then the “trustworthiness” of the laywoman becomes meaningless. To be trustworthy is more than just not lying—it is to be a reliable source of information. Someone who is trustworthy can, by definition, be trusted to know what it is that they saw and describe it properly. This argument is substantially the same as the position of the Dharmaguptaka Vibhanga. Vajirananavarorasa concludes that “trustworthy” indicates that the authorities should believe in her testimony.

He also accepts the implication of this, namely that the testimony of the laywoman can be sufficient even if the bhikkhu denies the charge. He further agrees that by restricting “trustworthy” to only “noble disciples,” the Vibhanga is “defining it on an excessively high level.” He assigns this definition to the “arranger” of the Vibhanga rather than to the Buddha.

These reasonable considerations by the Thai Sangharaja were walked back by the American commentator Thanissaro Bhikkhu, who discusses this point in his Buddhist Monastic Code, an unofficial manual for Vinaya practice among contemporary Western monks. He acknowledges that “the Buddha at one point was willing to let the bhikkhus give more weight to the word of a female lay follower than to that of the accused bhikkhu.”

Yet the burden of his analysis is given over to explaining at length how a monk can only be held accountable if he confesses. While admitting that the texts on which he relies are later, he argues that they “supersede” the earlier rule, which was laid down by the Buddha. Thus the exoneration of the patriarchs takes precedence not only over the woman but over the Buddha himself, and even over the Thai Sangharaja, the former head of the lineage to which Thanissaro owes allegiance.

Thanissaro makes the extraordinary argument, used nowhere else in his manual, that even if guilty monks get away with it, in the long run their karma will catch up with them—small comfort to the women. But then, the welfare of women is never a factor in these debates, and a woman’s perspective is never invited.