There’s interest/concern among Forum members in the manner in which a “Western Buddhist Tradition” is developing. The Insight Meditation Society seems to be reflexively sharing in this. They have just given notice of a new offering. 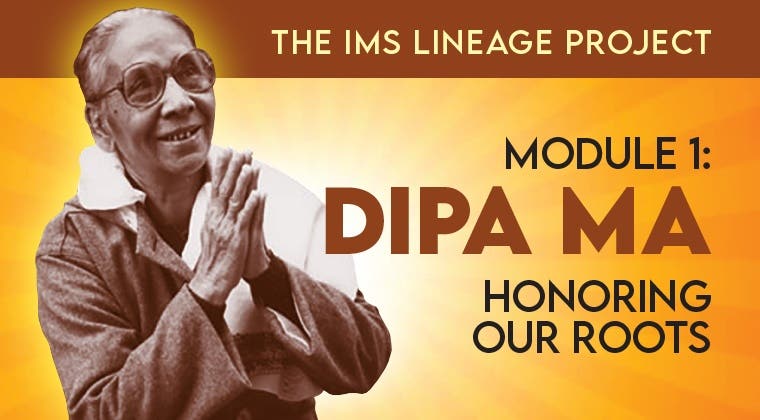 “The IMS Lineage Project is born of a desire to pay homage and respect to the ancestral Asian roots of the spiritual path of the Buddhist teachings. This series will explore the root teachers and lineages that inspired the creation of IMS and empowered generations of Eastern and Western students.”

Interesting, thanks for sharing! I personally don’t know much about Dipa Ma, but I know she had a profound influence on many of the teachers in the US.

I take it this is a discomfort of something such as “secular buddhism” being misidentified as Western Buddhism?

See for example the discussion in this thread.

The Winter issue of Tricycle magazine has just been posted online and one of the keynote articles is a fascinating and provocative one on what the author calls “neo-Early Buddhism.” Obviously the article is copyrighted so I can’t share more than a brief quotation from it here but I trust that many who post here have access to the magazine. It would be wonderful to hear your thoughts. The author note is: “Bernat Font-Clos is a junior meditation teacher from Barcelona and a postgraduate researche…

It seems to me that this new “lineage project” is akin to initiatives to address lack of sensitivity and inclusiveness in regard to race, gender and sexual orientation as well as lack of access to teachings and retreats due to money. They’re acknowledging that the Asian teachers of the founders of IMS and Spirit Rock haven’t been sufficiently appreciated and honored, which certainly seems commendable to me.

On the other hand, as I mentioned earlier in the thread, there doesn’t seem to be much if any interest so far in situating these Asian teachers, most of whom were from Burmese “vipassanāvāda” practice streams, in the context of the Early Buddhist views and practices which these centers have chosen to affiliate themselves with in their recent rebranding.

This interview with Jack Kornfield is remarkable for showing how his exposure to teachers with strong views and personalities offering him often diametrically-opposed meditation instructions led to the eclectic “sampler” approach to both meditation techniques and doctrine in these centers:

there doesn’t seem to be much if any interest so far in situating these Asian teachers, most of whom were from Burmese “vipassanāvāda” practice streams, in the context of the Early Buddhist views and practices which these centers have chosen to affiliate themselves with in their recent rebranding.

This is a great point and will be interesting to see how it plays out. I can’t think of any of their teacher’s teachers who had anything close to what we are now calling an EBT orientation. Not that the monastics wouldn’t have been knowledgeable of the texts. Just that that wasn’t what they mainly shared.

There is also the fact that eventhough they did have their teachers visit from time to time, the westerners were really on their own to do their own thing. And while I don’t want to play down the importance of the time that they did spend with their teachers in Asia, it really wasn’t that much contact in the greater scheme of things.

I know that people can interpret an ancient scripture in different ways, but I think it’s even more difficult when people are using brief experiences and re-told/recycled anecdotes to form the basis of a tradition.

It’s maybe possible to overthink all this.

The founding IMS teachers had access to certain teachers who profoundly affected them personally and the course their lives would take back home. Two or three generations of meditators have joined the “tradition” since then so it seems timely to me.