Interesting discussion of the weizzā in Burmese Buddhism. I think some precursors of these kinds of figures can be found in EBTs, but other traditions must have contributed.

Indeed, I believe such is the case of Dabba Mallaputta (dabbassa mallaputtassa) found in both the sutta and vinaya pitakas:

I remember few years ago reading a paper on a similar topic. And just realised there is now a wiki on it!

A weizza or weikza (Burmese: ဝိဇ္ဇာ, Pali: vijjādhara) is a semi-immortal supernatural figure in Buddhism in Burma associated with esoteric and occult practices such as recitation of spells, samatha and alchemy. The goal of this practice is to achieve the timeless state of the weizza, who awaits the appearance of the future Buddha, Metteya. Weikza practices are less common than merit-making practices or vipassanā meditation. During the socialist era from 1962 to 1988, Ne Win banned secret weizza...

They seem to me to be comparable to the ruesis (ฤๅษี) from Thailand: 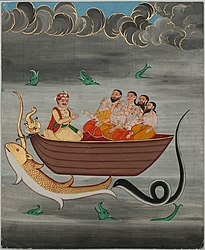 Ooooo this looks so cool! Thank you, Dan!

It reminds me of Vangisa.

We used to wander, drunk on poetry,
village to village, town to town.
Then we saw the Buddha,
and faith arose in us.

He taught me Dhamma:
the aggregates, sense fields, and elements.
When I heard his teaching
I went forth to homelessness.

It was truly for the benefit of many
that the sage achieved awakening—
for the monks and for the nuns
who see that they’ve reached certainty.

It was so welcome for me
to be in the presence of the Buddha.
I’ve attained the three knowledges,
and fulfilled the Buddha’s instructions.

I know my past lives,
my clairvoyance is purified,
I am master of three knowledges, attained in psychic power,
cxpert in comprehending the minds of others.”

He was a wizard who would tap on skulls

and predict certain aspects of this person- something he gave up.

He was a wizard who would tap on skulls

and predict certain aspects of this person- something he gave up

A kind of phrenologist, then. Interesting!

Yes. We don’t read much of the superstitious practices at the time. There’s mention of a levitation spell.