I am looking for the oldest descriptions by ‘outsiders’ of the lived reality of Early Buddhism - ideally pilgrims, visitors, invaders, etc.

And then we have early Greek reports through Megasthenes, not specifically in the Buddhist land, but still ancient India.

Are there other reports I am not aware of?

Are there other reports I am not aware of?

Though it’s perhaps rather later than the period that interests you, there’s an interesting account by Upāsaka Chos-dar of the travels of the Tibetan pilgrim Dharmasvāmin, beginning in 1234. There’s an English translation by George Roerich. 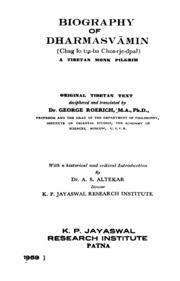