Use of drugs for meditation 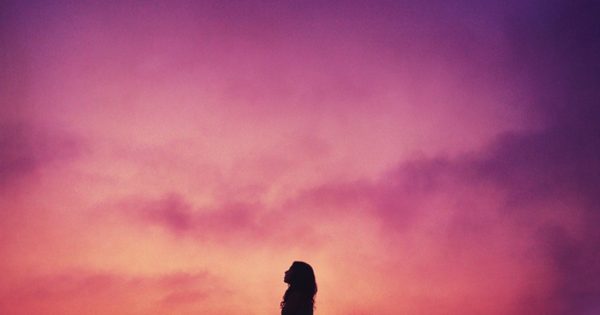 The New Wave of Psychedelics in Buddhist Practice

Matteo Pistono takes a close look at how some Buddhist teachers are not only turning toward psychedelics in their practice but also making it a part of their teaching.

I just got this link sent to me - I wasn’t aware of this practice.

This for me is shocking, sad, disgusting and has nothing to do with Buddha’s teachings. In addition, if people have serious mental health issues, or PTSD, irreversible damage can be done.

Drugs will never bring an “achievement”. I’m even more shocked, as Jack was a disciple of Ajahn Chah.

I had to get this of my chest

I don’t really see why this latest iteration of “Buddhism and…” (in this case psychedelics, and the article is already from 2018) would be something particularly concerning. As usual, some parts of the debate will be useful, and others will be trash.

Others have faith in God after that trip.

Taking self-prescribed drugs disqualifies one even as a lay Buddhist: if the first five precepts can’t be followed, what will become of the higher ones?

Even if psychedelics didn’t addle the brain, which they do, at least as much as alcohol, they don’t give lasting insights (any more than alcohol does). Spiritual attainment of a kind that is profound and lasting takes work, not pills.

R. C. Zaehner, the great scholar of Hinduism took LSD back in the 60’s and wrote a fascinating essay about his experience. In sum, he said it was a kind of spiritual experience, but a superficial, trivial and temporary one.

Once again my fellow Americans show their genius for vulgarity. That’s the American dream: to reduce spirituality to something you can buy, like Coca Cola, in the drugstore.

Taking self-prescribed drugs disqualifies one even as a lay Buddhist

In that it breaks the fifth precept? There aren’t very many Buddhists in Thailand if that’s the case!

Oops! Caught in my own Puritanism!

In that it breaks the fifth precept? There aren’t very many Buddhists in Thailand if that’s the case!

I suppose this is why we have systems for only taking some of the five, if any at all for the lay.

No vow to uphold the fifth, no precept broken.

Drugs will never bring an “achievement”. I’m even more shocked, as Jack was a disciple of Ajahn Chah.

Ahh. I’ll be honest, I have my misgivings about Jack. I don’t think he’s really gotten much out of buddhism beyond the icing of the cake. He seems like he’s more interesting in selling dhammic concepts and calling it a day. I think he leverages his lineages to justify his own bit of dhamma-fracking.

That said I know of northern buddhist practices in tantric circles using drugs (datura, marijuana) but the focus wasn’t on the drugs. Surprisingly, it often wasn’t even on the taking of the drugs themselves. Even more interestingly they were typically regarded as intoxicants and thus breaking certain vows! But it would appear these weren’t aimed at monastics but lay ngakpa/tantrikas.

This said, drugs have sometimes made it into various buddhist cultures as medicines or tools, especially in tantra, but to say that it is suitable as a tool on the path of dharma is pure delusion. No text to my knowledge ever accredits drugs as bringing an achievement in the path.

I believe teachers who are advocating for this are much like how I personally perceive Jack-they’re fracking the dhamma to sell a brand and commodity.

There’s a popular “guru” out there called Aubrey Marcus. He’s quite popular, apparently, compared to any Youtube channel from Theravada! He espouses the intensely dangerous view that drinking a potent Ayahuasca mix actually turns him into God. Like he’s not just having a God-like trip, no, he is actually God. You can’t tell him he’s not actually God in that state, because who are you to tell him that his experience doesn’t count as being totally real?

I’ve met many a drug-crackpot in my day, in my travels to several Westerner Buddhist monasteries. Several had clinically-diagnosed Schizophrenia, and despite their very best intentions and efforts to fit into the community, they were oftentimes super-difficult to deal with. Like there was no bigger difficulty to the community that I observed than actually-Schizophrenic people. There were four very difficult cases which I witnessed (and the Police needed to be called in, in two of those cases, and in one case, repeated visits by the Police). In contrast to these four difficult cases, I witnessed two cases of actually OK Schizophrenic people. So not all Schizophrenic people are problematic! But having said this, they are usually problematic, and seriously so (at least in my experience). Talk to me IRL sometime, and if I grow to trust you, I’ll tell you some wild stories if you like (keeping the identities anonymous).

I also met (non-formally-diagnosed) people who heard voices on a regular basis, had spirits possess their bodies, and even one unfortunate person who had demons constantly eating his skull (like biting into it), while he winced in terrible pain (and he wasn’t tripping at the time, like this was his new waking reality)!

So yeah, go ahead and take powerful drugs, people, and pretend that a problematic Schizophrenic future could magically never find you (but rather, instant and genuine Enlightenment). But woe be to the community who has to deal with you when you walk through their door!

I know we’re talking about meditation here but I still think it’s important to distinguish between taking drugs on one’s own initiative, and taking them in a guided or therapeutic setting. There’s a growing body of research evidence that therapeutically, psychedelics and other ‘recreational’ drugs like ketamine and MDMA can have beneficial healing effects that include spiritual growth. For instance the psychiatrist Dr Gabor Maté is a proponent of this approach, worth checking out.

I am not surprised.

My own personal experience. Around 3 years ago I was super interested in meditation and grabbing any books or resources I can find. One of them is to join a discord group. It was fairly populous one full of people who meditate from around the world, and they regularly invite prominent teachers to speak.

So I interacted with them for some time. Now, there are serious, dedicated, knowledgeable, and high quality individuals there. But, there are even more individuals with problems.

Problems such as emotionally disturbed individuals… And they meditate because that alleviate their problem somehow? Maybe.
And then I was shocked when the conversation between them are about what drugs they used. Drugs to help them solve whatever psychological problem they have.

So yeah, apparently these people come to meditation because they have problems. My compassion to them - but I can’t think that it would be wise for me to join them. A healthy spiritual community is essential for one spiritual journey, and this one is not.
So I become inactive and be silent reader, just appear occasionally.

I am not sure if it is a cultural thing, but maybe Americans are quick to resort to drugs when they have mental problems?
I don’t know the actual medical science, and I don’t know if these people really need the drugs or abusing them… Just… Can’t accept that drugs are used in support of meditation that they admit they sometimes did.

My teacher say that before meditation, do not drink tea or coffee because that will crash the biological system of the body in meditation session. If even tiny caffeine can do that, I can’t imagine more potent things.

Right, and the common hysteria of so-called drug use, may harm those who do find a way out of their misery by skilful use of some drug. Another negative aspect of common hysteria is that those who are open about their uncommon way of finding this 8-fold path, are often if not all the time advised to see their GP and only take prescribed drugs, and these commoners give freely their opinions without any direct experience about what they talk about. 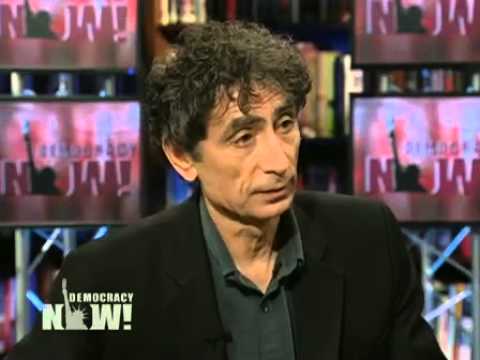 I am not sure if it is a cultural thing, but maybe Americans are quick to resort to drugs when they have mental problems?

Speaking as an American, there’s several age demographics here that are quick to resort to drugs for…no particular reason at all.

The fact is, this all boils down to the standard materialist mindset and America’s general propensity to cheapen and commodify everything. Why waste all those years of sila and renunciation when you can order Guru’s Miracle Marijuana Gummies or the latest Fungi du Jour off the internet and have “spiritual” experiences now? Course, it’s not limited to just narcotics, either. If you are reticent about breaking the law, there’s no end to the amount of crappy “mindfulness” apps you can pick from, for the low price of $4.99 a month. Gotta get that placebo somehow.

Most of this can be traced to the Beat generation, who managed to successfully F up everything they touched, including Buddhism, but then had the brilliant idea to try and promote it while they were busy punching holes in their brains with hallucinogens. So, to this day, there’s been a conflation of drug use and Eastern religion among some sectors of the American population.

I am getting more bitter as this goes along, so I am going to stop now.

Very well put, Matt. I don’t think you are being bitter, just pointing out a major hurdle that Eastern religions face when coming to the West. I remember hearing a guru say, in some exasperation, “You Americans! You try to reshape everything in your own image!” (I’m quoting from memory, but the gist is right. Suffice to say, it was NOT a compliment!)

, “You Americans! You try to reshape everything in your own image!” (I’m quoting from memory, but the gist is right.

It’s absolutely true. I get some grief sometimes for my opinions on the Beats, because people want to revere them for “bringing Buddhism to America”. Well, no. They didn’t bring Buddhism to America; the millions of cradle Asian Buddhists who came here to America brought Buddhism to this country; maybe had we listened to them instead of silencing, oppressing, and disenfranchising them, we wouldn’t have all the baggage and problems that we have in Western Buddhism today.

@Ehipassiko
Yes, in a clinical, supervised environment - no doubt. Supervised by people who can intervene when something goes wrong. In minimal dosages.
But not in the name of Buddha.

and these commoners give freely their opinions without any direct experience

How do you know?

Prescribed drugs which suppress are also not helpful.

To walk the Noble Eightfold Path, one needs a free and open mind, ready to make changes and drop old habits.

It’s great to see this discussion and all the views

Prescribed drugs which suppress are also not helpful.

Well, in the case of those who have diagnosed Schizophrenia, I’ve observed that trouble really, really breaks out, should the Schizophrenic decide to stop taking their meds (and I acknowledge that those meds are not pleasant or ideal as any real solution). A Buddhist monastery is not, repeat, not a place to use as a sanctuary to come off Schizophrenia meds! Just saying.

Drugs for serious mental health issues are not in debate (for me), Bhante

Bhante, thank you for the reminder. I shudder to think what you have seen…

Matt: I should have included that the guru said this to what was very much a drug addled, free love crowd, so the rebuke was even more pertinent to the present conversation!