I decided to look into using a Graph Database, which is able to elegantly handle relationships and data which doesn’t fit well into simple tables. Fundamentally a Graph Database thinks in terms of vertexes (things) and edges (connections between things). 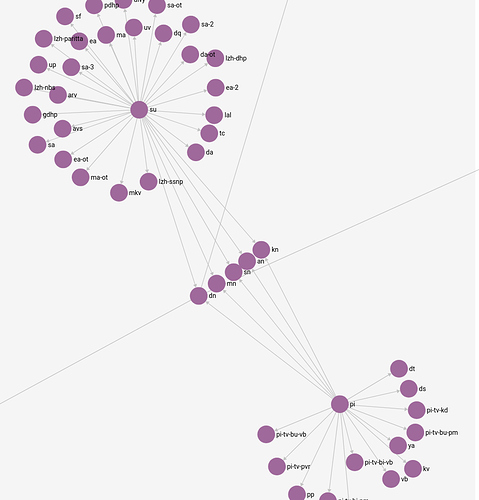 I found a database called ArangoDB that thoroughly exceeds expectations. ArangoDB is a multi-model database, which means it can act as a document store (like MongoDB), key: value store (like Redis) and a graph database (like neo4j). Not only that but it caters to providing JSON data to client side rendering frameworks - in that sense it is highly practical.

Some things it does right:

There are a lot of things that traditional databases do wrong now… to be fair, MySQL is over 20 years old now, it comes from a completely different era of computing. ArangoDB is only 5 years old, it has grown up in the modern era of computing, and it shows. It also seems to be a product of some very fine German engineering (it is an opensource project, but backed by a German database company)

I believe that ArangoDB can be a complete backend solution for delivering data to the frontend, using custom endpoints implemented in javascript for any logic too fancy for the standard API functions. So we could use it, but what are the compelling reasons?

I’m surprised I didn’t look into a Graph database before now - altough that’s because I barely even know they exist, no Graph DB has risen to prominence and it could easily be assumed they are only suitable for esoteric purposes. Multi-model databases are even more unusual and even newer. It’s probably only in the past 2 or 3 years that it would have started looking like a good idea.

Thanks Blake for that clear and helpful description. Even with my limited understanding I can see some exciting benefits here.

Regarding offline use, would it be right to say that we can implement the core functions first, then enhance it by dedicated JS on the client side to provide additional functions?

In short, yes, it can be done incrementally. In long, this is what I imagine implementing offline functionality will entail:

Caching:
Save requests that have already been made, allowing to go back through history and avoid making repeated requests. No problems here, it’s just a fancy caching layer with some rules for expiry. There’s barely need for any custom code here because it’s a stock pattern in PWAs. Very easy to implement in fact I’m sure polymer-cli will do it for you.

Site Data:
Download the site data (i.e. everything except texts), that would come to I think no more than 10mb uncompressed, so a few mb compressed.
My thinking is the simplest way to do this is as a big bundle of javascript which is ready to be consumed by Polymer and only has to be sliced up by the service worker, probably the data would be division-centric with some more stuff on the side.
Oh, and you need some parallels calculating logic because the vinaya parallels are too big to “unfold” in advance. At the moment I am thinking of calculating the parallels in javascript anyway and that would be very straightforward to do isomorphically - that is the parallels calculation code is first implemented on the server, then straight up reused on the client. Or maybe even just send the basic parallels data across the wire and always calculate the parallels on the client - that would save bandwidth and parallels aren’t hard to calculate. Atm the whole parallels data is only 140kb gzipped so we could just send the whole lot and not feel too guilty (Google doesn’t feel guilty about sending 500kb across the wire each time I load gmail).

It is important to have some way to synchronize the bundle of JSON on the client, with the latest from the server, I was thinking of using json-diff-patch - that is periodically a new bundle of site data is generated and is assigned a MD5 style version. If a client wants to download the offline site then the data is downloaded, if the client already has it, it periodically sends a message to the server saying “hey, I have this version, got updates?”, and if it is out of date the server then sends a diff-patch with only the changes between the two versions, this requires keeping a history from the last month or so, the server needs to know what it used to look like so it can calculate a diff - but the history doesn’t need to go back forever because the server can just say “I don’t recognize what you have, it’s too old or it’s corrupt, here, just take the complete data”. The main gain to using a diff-patch approach is it means updates are (generally) miniscule and there’s no need to feel bad about not getting user consent.

ArangoDB is an ideal position to facilitate this, as it can run the same json-diff-patch library as the client and it can also manage the patch history as it is a database. Very little of the data wrangling would need to be reproduced on the client (because the data is pre-wrangled and delivered in bulk), but it does require some extra code on both the server (to bundle the data) and client (to unbundle the data) and both (to synchronize).

(by sheer coincidence: one of ArangoDB’s cookbook recipes is a JSON diff algorithm)

Texts:
The texts are by far the largest amount of data. It is important to split the body of texts up into parts that can be made available offline - perhaps by division+language (an individual text can always be made available offline by just browsing to it).
On the client side there needs to be the interface to select content for being made available offline. It might not be necessary to have any bulk/batch delivery of texts, one request per text might well work out fine - after all each time I go to gmail the browser performs about 200 requests and SN has about 900 texts, so the request volume would at least be within an order of magnitude of acceptable. There does need to be some way to keep the downloaded texts up to date but there are a considerable number of possible approaches - redownloading in the case of a change probably makes the most sense.
Clearly there should be some kind of user consent to download/update texts, and ideally informed consent i.e. an estimate for how much data will be downloaded.

For offline use, I suggest the following for the UI.

There’s no need for excessive granularity in selecting texts. Language + collection is quite enough. English Pali suttas are currently only 6.7 MB zipped.

Please select from the following options for offline use. You can change these at any time.

I downloaded the documentation mobis to my kindle and had a look through it back at my hut. There is a huge amount to digest there, but generally:

No binaries are available for Raspbian, but if it compiles on Windows, linux/arm should not be a problem. Version 3.2.3 is available here - https://www.arangodb.com/download-major/source/ - let me know if you’re working/playing with another version. Of course with a web-interface we can share a playground server - I just have latency issues here due to the satellite connection.

Foxx looks cool - especially since we can scale up to “Cluster-FOXX” (tee-hee, maybe renders differently in German). My Javascript is pretty much limited to alert('You clicked the button!'); but I’m sure I can find a good tutorial.

The graph mode for data modeling would definitely fill the role of our old IMM module.

All in all, yes you’re going to be locked in to a specific server and API. I kinda think any database system that isn’t SQL based may well be obsolete in 5 years, but that’s what rewrites are for.

For those interested in the graph features of ArongoDB, this free course is available:

Course for learning ArangoDB and its graph capabilities. From basic concepts to advanced query techniques

Just to let you know, since then, we haven’t updated here, but we have gone ahead with ArangoDB. Blake is very happy with it!

The main structure of the backend is falling in place, using arango, docker, nginx, flask, and swagger, and keeping elasticsearch. The frontend was mostly built by Vimala in Polymer 2.0, and now the team is working on marrying the front and back together. The end result will be a PWA with full offline capability (except search!)

As well as our two normal developers, we’re now working with a team in Poland to ensure it’ll be done on time, and done well.

we’re now working with a team in Poland

Oh! That would be Jakub & Hubert. I’ve been getting notifications of their pull requests. Hi folks! Public Works Administration (PWA), part of the New Deal of 1933, was a large-scale public works construction agency in the United States headed by Secretary of the Interior Harold L. Ickes. It was created by the National Industrial Recovery Act in June 1933 in response to the Great Depression. It built large-scale public works such as dams, bridges, hospitals, and schools. Its goals were to spend $3.3 billion in the first year, and $6 billion in all, to provide employment, stabilize purchasing po...

Progressive Web App (PWA) are web applications that are regular web pages or websites, but can appear to the user like traditional applications or native mobile applications. The application type attempts to combine features offered by most modern browsers with the benefits of mobile experience. Since around 2005 web development technologies have shifted from static to dynamic documents driven by server (PHP, ASP.NET) and client side (e.g. Ajax ) tools, and responsive web design. Despite an ear...

You can set up the latest version for yourself if you like: 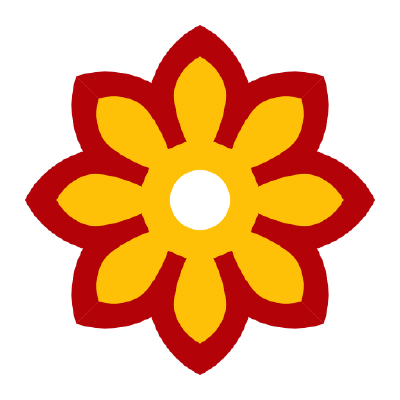 Yeah, I’ll definitely do that - just over 2 weeks till the end of rains. We seem to have a large number of git repos for SC, I’ll need to see what I actually need. My plan is:

I already had them cloned and SSH set up, so two git pull commands later I’ve got the lot. Happy days.