Waiting period before cremation in EBT?

I remember once reading a story about a monk who was reborn as a louse within his previous robes and the Buddha tell everyone to delay cremation so to allow that insect’s life to expire before the event. I cannot however find it and/or confirm its EBT-based provision.

I cannot however find it and/or confirm its EBT-based provision.

A story like that could only be from the Dhammapada Atthakathā.

During the night, unable to digest the food he had eaten, [Tissa]] died, and was reborn as a louse in that very robe. When his sister learned that he was dead, she flung herself at the feet of the monks, rolled on the ground, and wept. When the monks had performed the funeral rites over his body, they said, “Since there was no one to attend him in his sickness, this robe belongs to the Congregation of Monks; let us divide it among us.” Thereupon that louse screamed, “These monks are plundering my property!” And thus screaming, he ran this way and that.

The Teacher, even as he sat in the Perfumed Chamber, heard that sound by Supernatural Audition, and said to Elder Ānanda, “Ānanda, tell them to lay aside Tissa’s robe for seven days.” The Elder caused this to be done. At the end of seven days that louse died and was reborn in the Abode of the Tusita gods. On the eighth day the Teacher issued the following order, “Let the monks now divide Tissa’s robe and take their several portions.”

Even Ven. Tissa made the effort to reject the softer robe crafted by his sister, in favor of the coarse robe material. And yet, he is reborn this way: 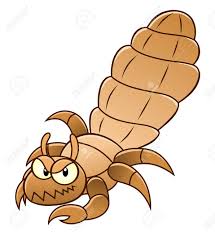 “My robe-cloth was a coarse one, eight cubits long, but this is a fine one, nine cubits long. This is not mine; it is yours. I don’t want it. Give me the same one I gave you.” “Reverend Sir, this cloth is yours; take it.” He refused to do so."

In Theravada the focus on the dead body is from the perspective of the dissolution phase of impermanence. This meditation is an antidote to sensual desire:

“And further, as if he were to see a corpse cast away in a charnel ground—one day, two days, three days dead—bloated, livid, & festering, he applies it to this very body, ‘This body, too: Such is its nature, such is its future, such its unavoidable fate."–MN 10

Also reliance on rites and rituals is a fetter abandoned at stream entry.

Thanks for your comment. I am most interested in the wait period as some in the Tibetan tradition argue that the waiting period is done because the next birth may not yet have been taken and cremation can be a disturbing or frightening experience for the deceased in transition.

I think that what you see in Tibetan tradition has origins in some of the commentaries of Abhidhamma / Abhidharma which speculates on the time requirements and process of rebirth - which became popularised in what people call Book of Dead (Bardo Thodol བར་དོ་ཐོས་གྲོལ). I am not sure but recall once reading something like that. Maybe @Dhammanando can help again?

The relevant concept is of bardo which is related to the idea of antarābhava, an intermediate state, found in EBTs:

“Both the Mahāvibhāṣa and the Abhidharmakośa have the notion of the intermediate state lasting “seven times seven days” (i.e. 49 days) at most. This is one view, though, and there were also others.”

In some schools of Buddhism, bardo (Tibetan བར་དོ་ Wylie: bar do) or antarabhāva (Sanskrit) is an intermediate, transitional, or liminal state between death and rebirth. It is a concept which arose soon after the Buddha's passing, with a number of earlier Buddhist groups accepting the existence of such an intermediate state, while other schools rejected it. In Tibetan Buddhism, bardo is the central theme of the Bardo Thodol (literally Liberation Through Hearing During the Intermediate State), ...

It’s interesting that the Tibetans embraced the concept and even developed a way of practice which is all about preparing oneself the whole life to hear the teachings and attain liberation in that period after death.

At the same time, Theravada Buddhists (in Thailand at least) usually wait for a similar amount of time before cremating the body and do as well chant next to the corpse on a daily basis - not only protection verses but as well abhidhamma formulas - as the cremation day approaches.

Thanks for your comment. I am most interested in the wait period as some in the Tibetan tradition argue that the waiting period is done because the next birth may not yet have been taken and cremation can be a disturbing or frightening experience for the deceased in transition.

Chapter 6 of Peter Harvey’s book The Selfless Mind has a comprehensive survey of those Pali sutta passages that were interpreted by some Indian schools as suporting the notion of an intermediate state (antarābhava) between death and rebirth.

My deepest thanks to you both! @Gabriel_L

It’s interesting that the louse story, which estipulates 7 days, requires instant rebirth to be true, while the antarābhava hypothesis seems to be the basis for the formal 7 to 49 days delays to cremation!

Though I forget the precise details, I recall that even the schools which subscribed to the antarābhava didn’t claim (as the Tibetans seem to) that it applies in all cases. Rather, rebirth into some states of existence (e.g. hell) was held to be always instantaneous while into others it required a prior spell as an antarābhava being.

Thank you all. With the passing of my family member approaching any minute now, I have started to think about these questions as life passes so quickly and I want to have my living will prepared for when my time comes.

Thanks for sharing the circumstances and background to your question.
May the recollection of the Buddha, his Teaching and the Sangha of awakened disciples serve as a firm basis for equanimity, clarity and insight into this sensitive moment of possible loss and preparation for death.
There are in EBTs records of how the Buddha used to teach to those sick and/or dying. Please feel free to open a new topic to discuss that if you believe it will be useful to you in this moment.

the Tibetan tradition has a 4 day waiting period before proceeding with this.

The Chinese would wait for 5 to 7 days (in normal cases) , if it involves younger person , untimely death or dies in accident , by cremation then at least 5 days . If burial at least 3 to 4 days .
One of the reason for 5 days is to have sufficient time allowing those abroad or distant to travel back , this is beside the religious reason that is people without gaining in practice only “aware” of their own death at day 7.

Interesting, thank you for your comment. Just out of curiosity do they have a scriptural basis for this or do you think it is cultural?

If you mean ebt , I don’t think so . If some Mahayana text yes . Nowadays some blending with Buddhism and Taoism in Chinese culture .

And that has EBT support, right?
I vaguely recall the Buddha being quoted saying something along these lines…

And that has EBT support, right?
I vaguely recall the Buddha being quoted saying something along these lines…

I think the mahaparinibbana sutta has the monks call the local lay-people to do as they see fit re. funeral rites.

When I asked this question elsewhere one answer from a Sri Lankan was, because sometimes people wake up after being pronounced dead, so wait long enough to be sure – rather than, because of something in an EBT.