Ok, I realize this probably has nothing to do with EBTs, but I couldn’t resist.

Here you can see how it will look in different systems:

Google’s is more decorative than the lamps I’m used to, but it’s not bad.

A person kneeling on both knees. May be used to represent someone in prayer, or a person resting on the floor. …

The Woman Kneeling emoji is a sequence of the 🧎 Kneeling Person and ♀ Female Sign emojis. These display as a single emoji on supported platforms. …

The Man Kneeling emoji is a sequence of the 🧎 Kneeling Person and ♂ Male Sign emojis. These display as a single emoji on supported platforms. …

And again Google is being strange. All other versions could be someone doing something Buddhist on the ground. But Google kind of breaks that.

The drop of blood is not Buddhist 🩸 but if your monastery is promoting blood drives then it could be useful.

A drop of blood shown in red. May be used to signify a blood donation, bleeding, injury or menstruation. Drop of…

An auto rickshaw (often referred to as a tuk tuk) is a motorized version of a cycle rickshaw, used for transport in many regions of the world. Generally has three wheels and various levels of…

Doesn’t look like there will be anything in the next round of even remote relation to EBTs. It’s strange to me there is no lotus or water lily emoji. Anyone want to start a campaign?

A stupa emoji could come in handy, but the possibility for misuse is huge.

no lotus or water lily

no lotus or water lily emoji

I know it makes me lily sad too.

It’s strange to me there is no lotus or water lily emoji.

So, good news on the Buddhist emoji front. The lotus is being added this year!

This will be it when it gets implimented on your device:

Support should start coming at the end of 2021 will fuller coverage in 2022.
There are only a few designs out there so far. You can see them here:

Emoji Meaning A pink lotus flower in full bloom. May be used to represent beauty, purity, calmness, or serenity. May also be used along with 🧘 Person in Lotus Position to represent…

There is also a troll emoji coming. Might could use it as a yakkha?

There is also a new wheel emoji that might look like a Dhammacakka on some devices. But it could just be a tire on others:

Emoji Meaning A wheel with a rubber tire. May be used in reference to wheels, tires, or vehicles with wheels. May also be used in expressions with 'wheel' like third wheel or hell on…

Nothing Buddhist in next year’s release.(15.0)

already, which I use as a yakkha when the occasion arises.

Unlikely, as we already have a Dhammacakka emoji

and new emojis are supposed to be “distinctive” (no more one

I wonder why there is no Buddha Figure.

Thank God there is no Buddha figure - in my opinion. I already get a headache in the garden centers and Warehouses, where Buddha statues sit on the floor, in between bits and bops no one needs or lay on the “special half price junk” table.
I suddenly see the Anjali (Prayer) Emoji everywhere, in any context, which has actually nothing to do with the meaning of it:
“Went on a fishing trip today and got that nice fellow (picture of a poor dead creature)”

Better when Buddha “rests in peace” in the Emoji heaven

Thank God there is no Buddha figure

I agree, but we should probably thank the Japanese instead. I believe Japan is where emojis started and I’m assuming they also understood why it would not be a good idea. 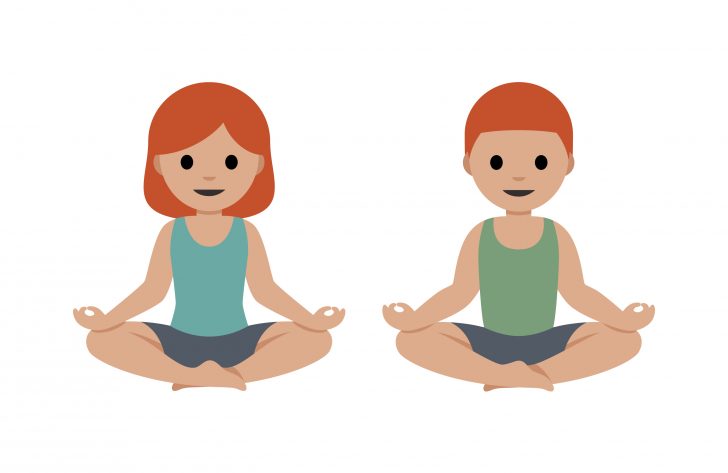 Tech analysts estimate that over six billion emojis are sent each day. Emojis, which started off as a collection of low-resolution pixelated images from Japan, have become a well-established and graphically sophisticated part of... 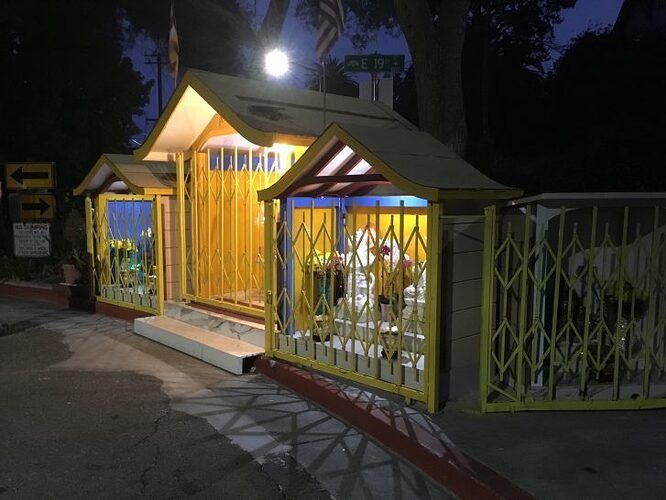 Oakland resident Dan Stevenson was never the type to call the cops on drug dealers or prostitutes in his neighborhood. He took a lot of technically criminal behavior in stride, but he drew the line at the piles of garbage that people kept dumping...

This is SUCH a great story - I had to share it! Thank you for that!