What happened to Mara?

What ever happened to Mara?

(I did a SC D&D search but didn’t find a similar topic; if this has already been asked, I apologise.)

The following posting may be relevant to your Mara’s question?

Where did Mara come from? Discussion

According to the article by Choong Mun-keat, “A comparison of the Pali and Chinese versions of the Mara Samyutta, a collection of early Buddhist discourses on Mara, the Evil One”, The Indian International Journal of Buddhist Studies, Vol.10, 2009, pp. 40-41: “… Before discussing disagreements on some teachings presented in the three versions of the Māra Saṃyukta/Saṃyutta, some shared images of Māra in the literature will be discussed here. (1) The term Māra-pāpimant/Māro Pāpimā, ‘Māra the Evi…

Are you meaning realistically or canonically?

Assuming the latter, I don’t remember ever anything happening to him and to the class of beings called Maras (assuming your interpretation that Mara isn’t merely a metaphor).

In the Asokavandana (third century B.C.E.), the monk Upagupta is said to have had his potential converts led astray by the spontaneous appearance of money and valuables and celestial music. This same source indicates that Upagupta was eventually able to convert Mara to Buddhism; however, this hagiography is considered apocryphal by many Buddhists.
Mara - New World Encyclopedia

What ever happened to Mara?

Upagupta was eventually able to convert Mara to Buddhism

I really recommend John Strong’s The Legend and Cult of Upagupta. 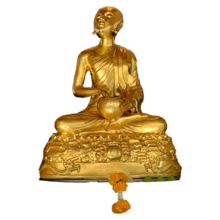 Upagupta (c. 3rd Century BC) was a Buddhist monk. According to some stories in the Sanskrit text Ashokavadana, he was the spiritual teacher of the Mauryan emperor Ashoka.: 16  In the Sarvāstivādin tradition he is the fifth patriarch after Mahākaśyapa, Ānanda, Madhyāntika, and Śāṇakavāsin, and in the Ch'an tradition he is regarded as the fourth. Upagupta's teacher was Śāṇavāsa, who was a disciple of Ānanda, the Buddha's attendant. Due to the absence of his name in Theravada literature it is as... 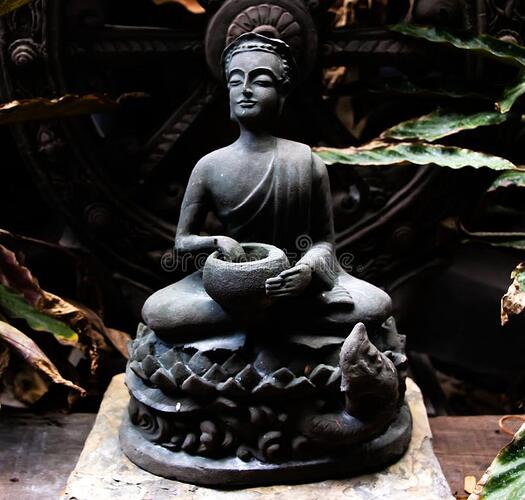 At that time the World-Honored One, having finished reciting these verses, made an announcement to the great assembly, speaking in these words: "This disciple of mine Mahakashyapa in future existences will be able to enter the presence of three thousand billion Buddhas, World-Honored Ones, to offer alms, pay reverence, honor and praise them, widely proclaiming the innumerable great doctrines of the Buddhas. And in his final incarnation he will be able to become a Buddha named Light Bright Thus Come One, worthy of offerings, of right and universal knowledge, perfect clarity and conduct, well gone, understanding the world, unexcelled worthy, trainer of people, teacher of heavenly and human beings, Buddha, World-Honored One.

“His realm will be majestically adorned, free of defilement or evil, shards or rubble, thorns or briers, or the unclean refuse of latrines. The land will be level and smooth, without high places or sags, pits or knolls. The ground will be of lapis lazuli, with rows of jeweled trees and ropes of gold to mark the boundaries of the roads. Jeweled flowers will be scattered around, and everywhere will be pure and clean. The bodhisattvas of that realm will number countless thousands of millions, and the multitude of voice-hearers will likewise be innumerable. There will be no workings of the devil, and although the devil and the devil’s people will be there, they will protect the Law of the Buddha.”

Since we have folks here who are not familiar with the range of Buddhist texts, it should be noted that this is not considered an Early Buddhist Text.