What is the future of Sutta Central?

We have seen many Dhamma discussion groups and websites shut down after some time.
This can be a great loss to the Dhamma community.
Closure of access to insight is a good example. Thankfully the owner was kind enough to leave it as a open source.
What is the future of the Sutta Central?
Will one day we wake up and find that all the hard work of many people disappeared without a trace?

Thanks for the great question. It is something that occupies me a great deal. For me, it is one of the primary responsibilities of the Sangha, and the Buddhist community generally: that the True Teaching might last a long time.

First of all, may I echo your gratitude for the skillful and careful way that AtI was closed by John Bullitt. May the servers be maintained for a long time!

By contrast, the Mahasangiti Pali text we use was recovered by chance after the relevant website disappeared overnight. It was only due to the fact that Ven Yuttadhammo had scraped the text and archived it that we were able to use it. This gave us all a sobering lesson in the transience of the internet.

Without going into too much detail, here are some thoughts on maintaining SC for the future.

Digital data is by its nature transient, and there is no guarantee that any of the data that exists today will survive the many existential threats we face. This is one of the reasons we are printing books. Books last a long time; many centuries if well preserved. By gradually publishing our texts and distributing them all over the world, we are ensuring a much higher degree of resilience than mere digital data ever can.

Books are great, but fire, flood, insects, and neglect will take their toll. Few manuscripts last over a thousand years. To ensure the Dhamma lasts longer than this, we need something tougher. I have some ideas, but I’m not ready to share them just yet.

To ensure the Dhamma lasts longer than this, we need something tougher.

Thank you Bhate you and your staff for the great work.

Farenheit 451 already predicted this, looking forward to the past.

It was only due to the fact that Ven Yuttadhammo had scraped the text and archived it that we were able to use it.

And that is why I scraped what is left of Santipada (Index of /santipada/wp-content/uploads).

My plan is a timecapsule at the new monastery in a sealed waterproof concrete box with the books inside in vacuum spacebags inside drybags. Old manuscripts never had modern technology to protect them.

And there is also this idea:

Stone tablets inscribed with the Tripiṭaka (and other Buddhist texts) stand upright in the grounds of the Kuthodaw Pagoda (kuthodaw means "royal merit") at the foot of Mandalay Hill in Mandalay, Myanmar (Burma). The work was commissioned by King Mindon as part of his transformation of Mandalay into a royal capital. It was completed in 1868. The text contains the Buddhist canon in the Burmese language. There are 730 tablets and 1,460 pages. Each page is 1.07 metres (3 1⁄2 ft) wide, 1.53 metres (5...

Where will the funds come from for https://archive.org/web/ in the future? It doesn’t seem to be a really viable solution.

As technology changes, the problem becomes how to migrate information to the new ‘standard.’ And who will keep a functional museum of obsolete equipment with which to extract data from outdated media that turn up from time to time?

As far as electronic media are concerned, there are folks that worry about this much larger domain of cultural heritage. I have to wonder what their plans (dreams) are for preservation.

Santipada seems pretty dead as well now. Any plans for reviving her?

I would like to make a static, plain-HTML site someday, no Wordpress or anything.

Where will the funds come from for https://archive.org/web/ in the future?

It’s not certain, but I think it will be around for a while.

the problem becomes how to migrate information to the new ‘standard.’

This is a serious problem for people like, say, publishers, who use complex proprietary formats (adobe) for their master copies, or for businesses who rely on Word.

But it’s not a problem for us; as mentioned earlier the important data is HTML and JSON. Both of these are extremely widely used and in all likelihood will be supported as long as computers exist. Even if they’re not, they are simple, plain text, human-readable formats, so the content can be recovered trivially. In addition, everything we have is Unicode, which again is likely to last indefinitely.

Indeed, it would be nice to partner with such a group.

I have some ideas, but I’m not ready to share them just yet. 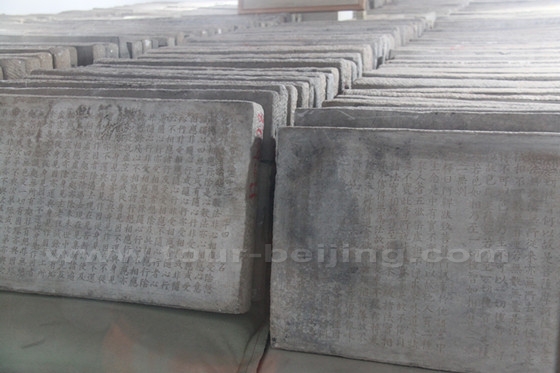 nowadays we don’t take account of oral transmission, and i’m still in disbelief about its practicality, yet this is how the Dhamma was exclusively preserved for a few hundred years

But nowadays we have other materials too that might be slightly easier to work with than stone.

The whole idea is not new, and neither is the reason for it:

When the British invaded southern Burma in the mid-19th century, Mindon Min was concerned that Buddhist dhamma (teachings) would also be detrimentally affected in the North where he reigned. As well as organizing the Fifth Buddhist council in 1871, he was responsible for the construction in Mandalay of the world’s largest book, consisting of 729 large marble tablets with the Tipitaka Pali canon of Theravada Buddhism inscribed on them in gold. One more was added to record how it all came about, making it 730 stone inscriptions in total.

But we have modern materials to work with which they did not have back then. So yes, marine grade stainless steel would be good. And do please add one that records how it all came about …

By contrast, the Mahasangiti Pali text we use was recovered by chance after the relevant website disappeared overnight. It was only due to the fact that Ven Yuttadhammo had scraped the text and archived it that we were able to use it.

is there a more expanded backstory?

And do future archeologists out of a job? They just love a mystery!

is there a more expanded backstory, was this Ven Yuttadhammo’s personal website?

We contacted him and it turns out he had it archived. It’s one of the options available in the DPR. For the DPR of course it had to be massaged somewhat into the form he uses, so we started again from the original XML files from the original.

Not really, it’s nothing compared to the stone Tipitakas in Myanmar or Thailand, or the wooden plates in Korea. In terms of the relative economics, you might even find that the cost of producing engraved stainless steel today is not that different from producing hand-made manuscripts in days not so long past.

And do future archeologists out of a job? They just love a mystery!

not to speak of paleographers/philologists who literally subsist on mystery

Another way to keep SC around is to keep it a good source for information and discussion.
Sometimes I use another site for suttas: https://epalitipitaka.appspot.com/
The advantage there is you hover over a pali word and it gives you the translation. It’s mostly chinese or burmese, but a lot in english too. Any chance something like that can be implemented (in an automated way) in the SC pali pages?
And thanks everyone for maintaining and kindly feeding this site!

Also available in several other languages from the menu in the left sidebar. And if you click on the bold words in the pink box, it will take you to the page with the full dictionary entries.

But that site you gave also has other language dictionaries so it would be good to have this on SC also in the future.

I’m confused, is this a SC screenshot? if it is this feature doesn’t work with my opera or edge browser.
correction: found it! left sidebar - controls - pali-english

Cool! I was just about to write instructions. Great that it works!