What Lord Buddha didn't say, or did he?

I was listening to this lecture by Gabor Mate, where he talks about that our most common diseases are due to early childhood traumas, and our socio/psycho/biological environment before birth and during our first years of upbringing. He’s an excellent speaker, and I find his thinking to be in accordance with Buddhist wisdom.

He understands Buddha to say: With our mind, we create the world, but what he didn’t say is that before our mind creates the world the world creates the mind.
(40 minutes out in the lecture)

So, did Lord Buddha make this important point clear in his teachings or did he not? Could this be understood as being said with the law of Karma? 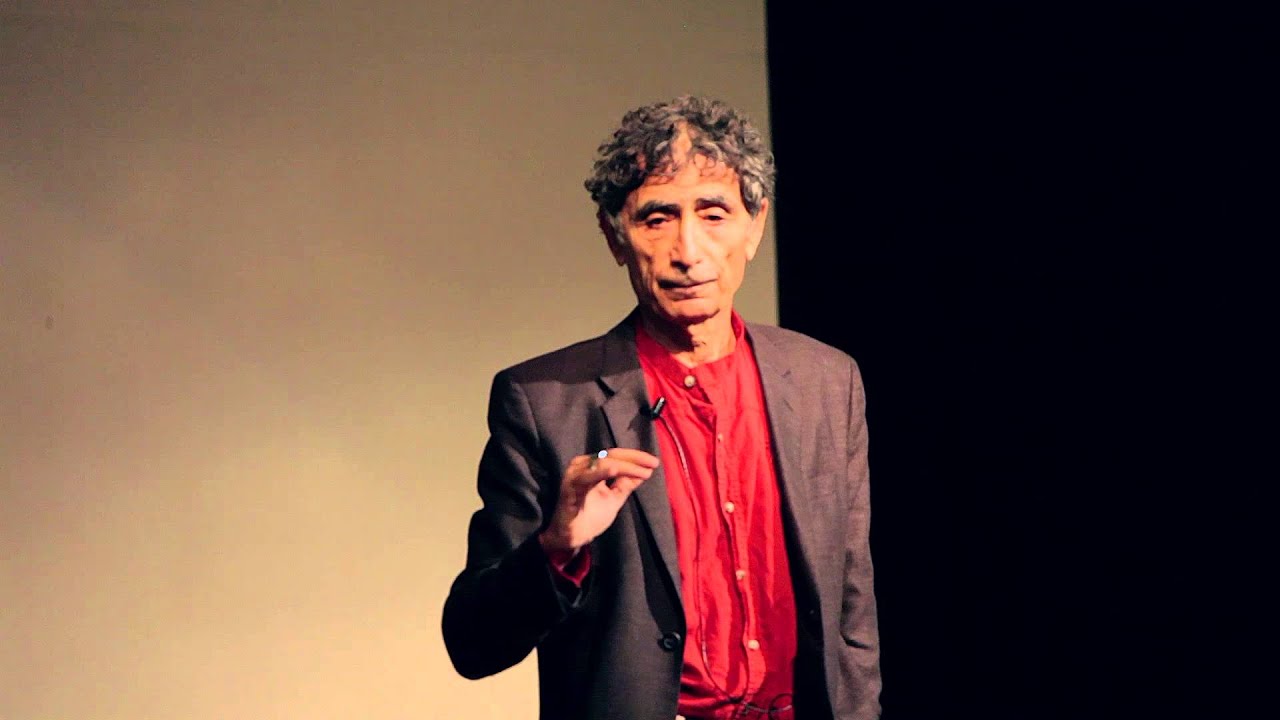 Rebirth on any plane is a result of mind state, so the world is in reality created by the mind.

Equally important is what is said about perception.

"The distortions of the mind work on three levels of scale. First, distortions of perception (sañña-vipallasa) cause us to misperceive the information coming to us through the sense doors. We might mistake a rope by the path as a snake, for example. Normally such errors of vision are corrected by a more careful scrutiny, but sometimes these sensory mistakes are overlooked and remain.

Distortions of thought (citta-vipallasa) have to do with the next higher level of mental processing, when we find ourselves thinking about or pondering over things in our minds. The mind tends to elaborate upon perception with these thought patterns, and if our thoughts are based upon distortions of perception, then they too will be distorted.

Eventually such thought patterns can become habitual, and evolve into distortions of view (ditthi-vipallasa). We might become so convinced that there is a snake by the path that no amount of evidence to the contrary from our own eyes or reason, nor the advice of others, will shake our beliefs and assumptions. We are stuck in a mistaken view.

Furthermore, these three levels of distortion are cyclical — our perceptions are formed in the context of our views, which are strengthened by our thoughts, and all three work together to build the cognitive systems which make up our unique personality."—Olendzki, translator’s note, AN 4.49

The mind is first created by the world, and the world starts making the mind in utero. So, when one reaches the point where one is able to watch one’s own mind, one sees something that actually is a more or less broken collective mind inherited from one’s ancestors, and carry their burdens further on. It puzzles me that the Buddha didn’t point to this sad fact.

The Buddhist view is that each sense has its own consciousness, and consciousness driven by craving arises with each sense impression, then falls away. This is no different to the birth process, so beings through their own choices are being born into worlds every minute. The state of mind determines the material circumstances in the long run. There is an opportunity to exploit this process profitably by applying wise attention and making choices that will eventually eliminate craving. In this way a better world is created for the individual here and now, and suffering is progressively reduced.

Beings want to be released from suffering, but they “put the cart before the horse” in mistaking the world as the means of achieving it.

Weel, all this is clear, and one practice in accordance with what has been said, or thus have I heard …

Lord Buddha says “birth is suffering”, but now we know that suffering or stress starts long before physical birth. It starts in utero, and or during the first years when I’m total without the means to remember anything. The stresses my mother felt when I was in her belly, became my stress, and my body developed according to my mother’s experiences. So, when it is said that one inherits one’s own karma, it must also include my mother’s karma …

So, why didn’t Lord Buddha say anything about that kind of stress, because it makes a whole lot of impact on how my mind became before I even was conscious of having a body, brain, and mind.

And how about rebirth. Could one say that the death of today will become tomorrow’s newborn? And if that is so, then we should be told that those departing are as precious as those arriving. Maybe adapt to the understanding that even when the body is dead, there might still be possibilities available for following that stream of consciousness beyond physical death, and guide it to a happy destination or chose suitable conditions for human rebirth.

Have you listened to the lecture by Gabor?

At Savatthi. There the Blessed One said: "Monks, from an inconstruable beginning comes transmigration. A beginning point is not evident, although beings hindered by ignorance and fettered by craving are transmigrating & wandering on.

Yes, we have been in this mess for a really really long time, and I guess it’s my vivid imagination that causes me to feel a bit stressed when I believe that these times are much more stressful than the amount of stress they experienced 2500 years ago. And that our psycho/bio/social bodies are quite different now. But still I believe that it’s in this body the only way out is to be discovered.

If you substitute world with experience, I think it makes more sense. The first verse of the Dhammapada says that all experience is preceded by mind, led by mind, made by mind. Perhaps the physical world is the same but our perception and interpretation of the world is what’s at issue.

The difference between the view that ‘the world creates us’ and ‘the individual creates the world’ is bound up with long-term millennial change and new on the horizon of western thought. The idea that ‘the world creates us’ began two thousand years ago with the Genisis proclamation that ‘God created the world,’ and beings were henceforth excluded from responsibility in the creation process, driven out of the garden, and had to rely on an external saviour. Now the wheel has turned, and the individual is again gradually finding their place in the sun, indeed this age has been calld the ‘anthropocene,’ where human responsibility is again assuming centre stage, as it did in the time of the Buddha.

This is dramatically seen in the recognition that global warming is human-made, and with the consequences of ill-treatment of the planet and its life forms resulting in coronavirus.
The understanding that humans are directly responsible for their environment and there is no intervening god is dawning not only in a hard physical sense, but also in western psychology through the perspective of ‘polarity thinking.’ This takes the view that issues are always part of a polarity such as ‘the world creates us’ and ‘the individual creates the world,’ and that the ability to move from one stance to the other is a matter of maturity, which can be taken to mean both individually and on a cultural scale involving whole societies. Polarity thinking is used in the suttas as a fundamental strategy for contrasting one meditation subject with another (SN 14.11).

Here it can be seen that ‘externalizing responsibility’ would be applied to the societal immaturity of pre-anthropocene Christian thought, while the coming millennium presently grapples with the environmental and personal implications of human responsibility both for their environment and their mental state. The dhamma is human-centered, with this plane of existence not the heavens, recognized as the best platform from which to attain awakening (SN 56, 102-113).