What stone is an elephant?

Some time ago I had a discussion with Bhante @Sujato about SN 4.2, the Hat­thirā­ja­vaṇṇa­sutta.

It is a very short sutta, in which the newly enlightened Buddha is sitting in meditation, when he is visited by Mara, who for this occasion has taken the form of a huge elephant.
Of course the Buddha sees through Mara’s tricks and Mara disappears again, disappointed and defeated.

The head of this huge elephant is described with the following words.

and is translated by Bhikkhu Bodhi as:

a huge block of steatite

Analyzing this phrase we have 3 words:

This last one is slightly problematic. According to the dictionary we have:
ariṭṭhaka = a soap-nut tree. The nuts of this tree were used to make soap, hence its name. 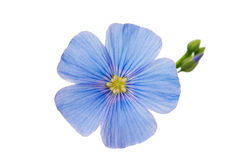 ariṭṭhakā = a class of devas who were present at the preaching of the Mahāsamaya Sutta.
They were like azure flowers in hue (ummāpupphanibhāsino).
(ummāpuppha = the flowers of the flax plant, nibhāsino = shine, lustre, splendour).

It is difficult to imagine how a soap-nut tree would fit into this picture, but if we eliminate this possible meaning and just use the color of the devas, we come up with the translation: “large light-blue gem”. This still does not tell us which one, but at least we are a bit closer.

Bhikkhu Bodhi translates this as steatite, more popularly known as soapstone and I think @Sujato agrees with this rendering.
_ 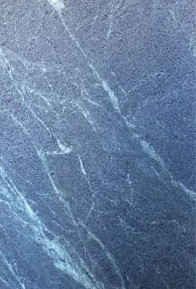 _Now as a geologist, and looking at a huge soapstone stove every day, I find it hard to describe steatite as a gem, jewel or crystal. It is a talc-schist, which is a type of metamorphic rock. It is largely composed of the mineral talc and is rich in magnesium. It is produced under great heat an pressure in tectonic subduction zones.
It is fairly soft and has been used for carving for thousands of years. It is also widely used for stoves and stone-grills thanks to its ability to store heat for long periods of time.
It is called soapstone because of it feels like soap when touched, but also because talc can be used for the production of soap.
Most soapstones are a rather dull blue-grey color. There is one variety with the industrial name Monsoon Wave Soapstone, which is mined in India and Brazil, which is rather blue when polished.
We also know that soapstone was already mined in the Indus Valley Civilization, so much before the Buddhas time. So that would fit. And looking at this stove here, I can imagine it being like an elephant’s head.

Still, it sits uneasy with me, especially because of the word maṇi in the phrase. Unless the word maṇi has an alternative meaning of “rock”, it seems unlikely to describe soapstone in this way. Also the word nibhāsino , which means shine, lustre, splendour, seems to refer to a color and shine that soapstone simply does not have. However, nibhāsino would match very well with maṇi, a gem or jewel.

We briefly also looked at other rocks like the blue Salumber Marble or Onyx Marble, found in Rajasthan.
But it seems that marble was not widely used yet at that time. The first large-scale use of marble is recorded around the 3rd century BC.

My own preference is to look at (semi-)precious gems that were used for jewelry in the Buddha’s time. We also have the word mahā, in this phrase so I can imagine the rendering being “like a huge crystal” of some sort.
_ 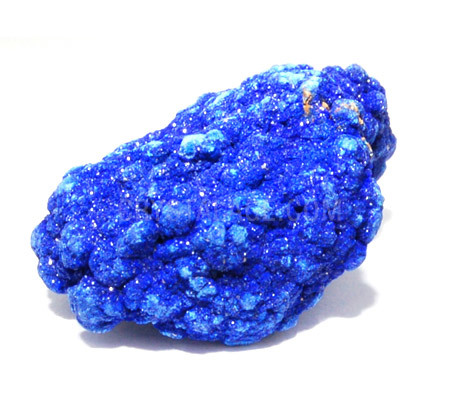 _There were various types of semi-precious stones found in India of the right color like blue-lace agate, blue jade or blue onyx, all of which would be equally plausible. There is also azurite, the name of which already suggests it’s color, and which can certainly be described as with the words “shine, lustre, splendour”, as you might expect devas to shine.
Considering also that the tusks of the elephant are described as pure silver, I can imagine the elephant looking like a large blue jewel, lined with silver, which must look magnificent.

So I prefer the rendering huge blue crystal or something of the sort. 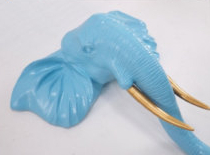 Thanks for sharing your in-depth knowledge, Ayya. Love the title!

It’s not an easy one, I am not sure what to think.

In support of the elephant as a “huge crystal”, suttas like the Mahasudassana (DN 17) have no problem imagining even a vast palace constructed of precious gems.

Another argument is that we should translate based on the most secure meaning. In this case, we know that maṇi means “gem”, so we should retain that, and not lose sight of that because of the very obscure aritthaka. 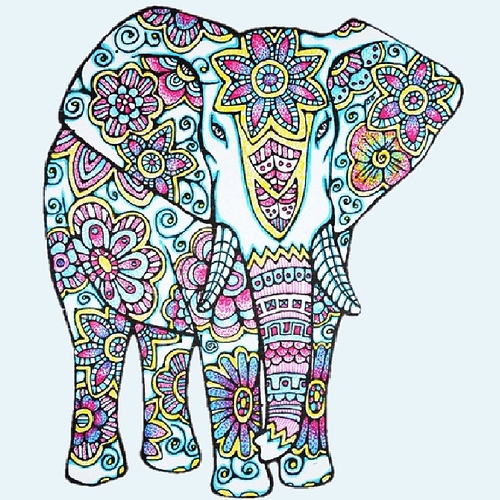 I can imagine that in the time of the Buddha, just like is often the case today, names of stones had to do with their color and shine. So in this case a gem that shines like the ariṭṭhakā-devas.

In the time of the Buddha, they would not have had the tools to determine a stone’s chemical composition. The same mineral can appear in a variety of colors and look like different stones from the outside. Only when we look at a combination of factors like the chemical composition, crystal structure, hardness, etc. can we determine what mineral it is.
A good example is quartz. It comes in so many different colors that traditionally they have been given different names like Rose-quartz, smoky-quartz but also amethyst is basically a quartz.