Why some Indian Buddha statues depict the Buddha having a moustache?

Hello everybody. Yesterday I visited the National Museum of Korea. There is a map there, showing various statues of the Buddha from different countries and different epochs. What I noticed was the fact that many Indian statues depicted the Buddha as having mustache. Does anybody know why? Is there any special meaning in that? I am just being curious.
Thank you!!

"Greco-Buddhist artistic elements can be traced in Chinese Buddhist art, with several local and temporal variations depending on the character of the various dynasties that adopted the Buddhist faith. Some of the earliest known Buddhist artifacts found in China are small statues on “money trees”, dated circa AD 200, in typical Gandharan style: "That the imported images accompanying the newly arrived doctrine came from Gandhara is strongly suggested by such early Gandhara characteristics on this “money tree” Buddha as the high ushnisha, vertical arrangement of the hair, moustache, symmetrically looped robe and parallel incisions for the folds of the arms."[25]

Greco-Buddhist art is the artistic manifestation of Greco-Buddhism, a cultural syncretism between the Classical Greek culture and Buddhism, which developed over a period of close to 1000 years in Central Asia, between the conquests of Alexander the Great in the 4th century BC, and the Islamic conquests of the 7th century AD. Greco-Buddhist art is characterized by the strong idealistic realism and sensuous description of Hellenistic art and the first representations of the Buddha in human form, wh...

It is/was common for stone masons to use or reuse partially carved blocks to satisfy commissioned works. Speeds up the completion dramatically.

So a statue initially meant for something else could retain inappropriate feature. It could also be that the best-available model, or the only known models of Indian men had facial hair. Ignorance can make for weird art.

I believe it is an inaccracy, as i believe hair in a bun is an inaccuracy. And the head knob also, despite explaination offered for that as extra brain.

Kinda sets Buddha appart, in a way that i believe is harmful to practice…

What is also interesting is the fact that apart from India, such depiction is not common at all. Also, those Indian statues definitely have the Buddha meditating, with the appropriate facial expression. In any way an interesting phenomenon. Also, those oldest Indian statues never depict the Buddha as having curly hair with the bun on top, they, rather have just long hair down to shoulders. Also interesting. In general, I don’t have much knowledge on sculpturing, but the overall style of those early Indian statues reminds me of ancient Greek style, for some reason.

Does no-one think it’s just because it makes him look so dashing and debonair? 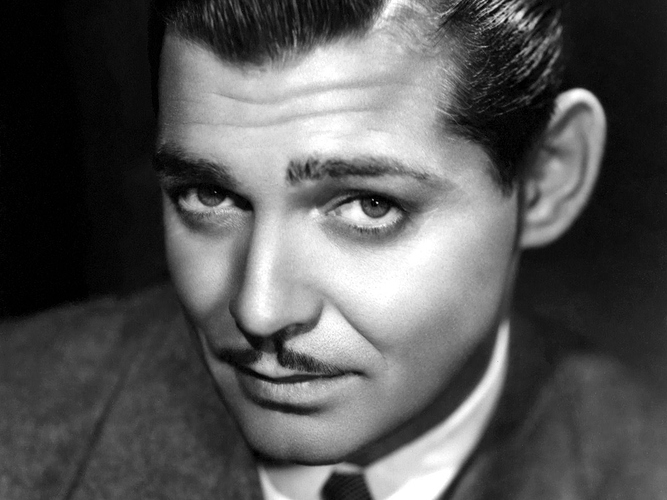 Which period is this photo of the Bodisattva from?

Sadly, that information is gone with the wind?

I believe it is an inaccracy, as i believe hair in a bun is an inaccuracy.

Agree.
I like to see a picture of Buddha with shaven head.

he definitely remains abreast of the times. Which proves that the Buddhisms fits any person ever.

Does anybody know why? Is there any special meaning in that?

They are probably statues of Bodhisatta.

They are probably statues of Bodhisatta.

I agree. Before I knew the intricacies and importance of the various postures and statues, identification of the statues was an issue I faced. Once I mistook this Ajanta painting of a Bodhisatta for that of Prince Siddhattha Gotama

Cleared it out much later when I asked my Dad. 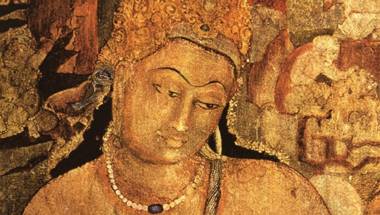 Some of them are statues of the Buddha, not Boddhisatta only. But it is still very interesting. How differently the Buddha’s face looks with a moustache.

Demetrius I of Bactria

Demetrius I (Greek: Δημήτριος Α΄) was a Greek king (reigned c. 200–180 BC) of Gandhara. He was the son of the Greco-Bactrian ruler Euthydemus I and succeeded him around 200 BC, after which he conquered extensive areas in what is now Afghanistan and Pakistan, thus creating an Indo-Greek Kingdom far from Hellenistic Greece. He was never defeated in battle and was posthumously qualified as the Invincible (Aniketos) on the pedigree coins of his successor Agathocles. Demetrius I may have been th "Deme...

There are many passage in the early suttas that the Buddha is like a normal shaved monk. DN 2 said King Ajatasattu cannot recognise the Buddha among many monks in a midst of Sangha. MN 26 related how on his departure for quest of enlightenment, Bodhisattva shaved his hair and beard. MN 100 reported an incident a brahmana called the Buddha as bald-headed ascetic. Furthermore, it is said in DN 14 previous Buddha Vipassi also shaved his hair and beard when going forth; in MN 81 previous Buddha Kassapa is also called as bald-headed ascetic.

It is on the late texts such as DN 30 the Buddha is said to have 32 characteristics and in the Nidanakatha, introductory of Jataka, the Bodhisatta is said have a remaining hair (as long as 2 anguli) which never get longer again and curl up. And these based the artists create the Buddha statue like we know today.

It is said that before Greek invasion to India in 2nd BC, the Buddha is never depicted as human form, only a Dhamma wheel or stupa in the viharas to symbolise the Buddha or Dhamma

or the Empty Seat/chair , or is that also later? or the footstep? i do not know but would be delighted to be educated and maybe one might create a thread?

Because of Greek influence, the Buddha statue is depicted as we know today.

I believe the prevailing theory these days is that Buddha image appeared more-or-less at the same time in both Gandhara under Greek influence, and in Mathura, where the style was recognizably Indic, modelled after the great yakkha figures of the region. It’s clearly not implausible to hypothesize that the Greeks were behind the influence, given that they were long used to sculpting their gods, but I am not sure that there is any direct evidence for it. In any case, we can say that from the earliest times both Greek and Indic influences were evident.

or the Empty Seat/chair , or is that also later? or the footstep?

Indeed, yes, and the Bodhi tree as well.

Thank you for your correction, bhante

You should try this moustache Ajahn it would increase your profile

Actually, it has profound significance for me, and other meaning.