You’d think it was fishermen hauling in their catch!

There’s a memorable idiom in the Suttas, for example in AN 5.30, AN 7.63, Ud 3.3, AN 6.42, MN 67, and AN 8.86, where the Buddha complains about people making a loud racket, and says they sound like fisherman hauling in their catch. While it’s a memorable idiom, I don’t have much experience with fishing, so I thought I’d check out what it actually sounds like.

Most of us probably think of fishing as a quiet and reflective time like this, the number one Google image result for “fishing”:

But what the Buddha was talking about would have been something more like this: 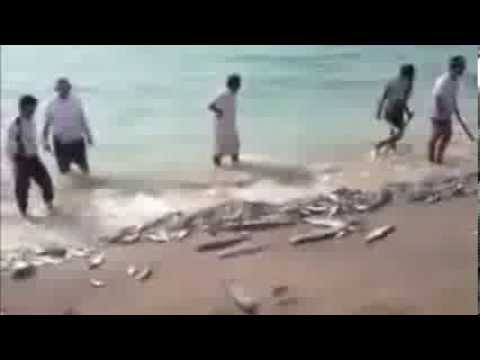 not a pretty sight

Seeing people floundering
like fish in small puddles,
competing with one another —
as I saw this,
fear came into me.
The world was entirely
without substance.
All the directions
were knocked out of line.

I thought of the same thing! Sometimes we get distanced from the reality, but this is what life is like for so many creatures, humans included. A struggle to just eat and live, or be eaten and die. I see the suffering of the poor fish, and also the struggles of the fishermen; they’re not bad people, just trying to get by. But it is hard to stay compassionate when you have to kill.

And then there’s the larger environmental picture: we’ve killed half the ocean’s fish in the last few decades. Perhaps in time the cries of the fishers will be a nostalgic memory of the days when we still had something to eat …