A country run by nuns! :bhikkhuni:

The history of this part of the world is sometimes very interesting. I already wrote about the tiny state of Neutral Moresnet, but there is another tiny state just an hour drive further north that deserves attention for it’s remarkable history: the principality of Thorn, an independent state without an army, entirely run by nuns for nearly 600 years! 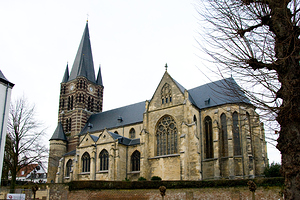 Thorn_-_Sint-Michaëlkerk2749×1832 2.56 MB
Thorn Abbey or Imperial Abbey of Thorn was an imperial abbey of the Holy Roman Empire in what is now the Netherlands. The capital was Thorn. It was founded in the 10th century; independence ended in 1794, when it was occupied by French troops.

The territory covered about 1.5 square kilometers with 3400 inhabitants in 1790.

The small principality was run solely by the nuns. The collegiate women came only from the high nobility. It is likely that Thorn had belonged to the Benedictine order originally. It probably changed, however, in the 12th century, to a free secular ladies’ abbey.

The ladies had an unusual status and freedom for that time and were held in high regard. The abbess of the monastery had a seat in the States of Holland and was the only woman there.

_![thorn|220x148](upload://rBoPThupbLYPTK7PzbcK8u4hb1e The imperial immediacy (i.e. a privileged constitutional and political status rooted in German feudal law) of the abbey was confirmed in 1292 by King Adolf of Nassau. Under Emperor Maximilian I, the abbey was under the special imperial protection.

In the 17th century the governorship of the Spanish Netherlands sought to restrict the imperial immediacy. The abesses resisted these attempts successfully. In the 18th century, the abbess held the title of Princess.

Maybe we can make a country run by Bhikkhunis too!

Looks like he’s ready to make way for you: 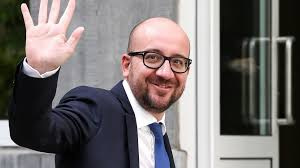 Of course, you are joking… it would have to be run by laywomen!

Frankly, I will be impressed if in any country, men stopped assaulting women for being women.

I’d be happy to see him go but I’m not ready to take his place yet!!!

I think he’s pretty desperate for you to take over: 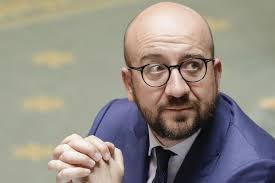 As Ajahn Brahm once said when somebody suggested he should become president of the USA: “I don’t have that bad kamma”.

Oh well, it was nice while the dream lasted.

Maybe we can make a country run by Bhikkhunis too!

Who would like to be the Bhikkhuni to run it?

Monastic life; where nobody wants to be in charge

Ahh, so you’ve discovered our secret, have you?

…and then there is the dhammic way of life- where one drops one’s aversion to leadership and drop the appeal to it as well (or at least see the drawbacks of it it, while doing it) because taking up leadership may be what is best for oneself and others, as you are the most skilled person there - it may be the moral thing to do!

One must be good with setting boundaries. Your time and peace of mind must be protected, ringfenced.

Good leaders create wholesomeness in those who follow them (and vice versa) and are a force for the good! It is said the entire country prospers if the king abides by the five precepts, by a process of cascading (ie the people in royal court then follows him in keeping precepts, then the general populace etc and I think this has happened to a degree in Western countries when the rule of law is well established, and enforced).

The challenge for the leader is of course humbleness, and kindness. Most people fear that being strict is the only way to get people to respect them- but this is flawed as they will end up with demoralized downstrodden staff. Better for people to have a genuine voice- and democracy, but with leadership, with one more leaders with some rotation of leadership style.

A good leader also knows when they have become a hindrance to the task at hand- and when it is time to relieve the burden, and step down!

There are very few who fit this criteria.

We can all be leaders in our sphere of ‘influence’. It doesn’t have to be an official role. I would go as far as to say to not generate leadership qualities, at least in response to a need, at least temporarily, is sloth and torpor, working subtlely in the background. All defilements have a thought element to them too, in this case telling us not to do anything and that it will sort itself out and not to stick our necks out too much. ‘Followers’ are born because they crave the comfort of not thinking, not taking a chance, but end up eventually in much difficulty. Good teamwork with a leader, means keeping your wits about you and contributing to the task at hand, questioning the leader, coming up with suggestions, not just obeying the leader, which is dysfunctional. The task is the most important thing, not individual personalities. Team members have much of a leadership role, when seen in that sense.

WEll, I was thinking bhukkunis should not be imposed upon; but if they volunteer for the tasks it is not an inposition. I think (and I think some of you also think) that patriarchy is a systematic barrier to beings. It deceives males into thinking they ARE males, and promotes absurdities like females wanting to ordain being offered only servitude of monks. (Isn’t that explicitly prohibited, for monks to accept???) Patriarchy corrupts the Dhamma and Sangha… especially when the Patriarchy is perceived or presented AS the Sangha.

Is Matriarchy pitting women against men? I find both -archys not in line with the dhamma.

You’re right Matt, if we were talking about a clean slate, a blank playing field. However, in our current existence, the patriarchy is so deeply embedded and conditioned, that often equal rights are mistaken for women wanting a matriarchy…

As a woman, one is an advantageous position to observe the delusion of gender conditioning. It is experienced on a daily, almost continual basis, like a stone in a shoe, hence the absurdity of the conditioning is quite obvious. As a man, this realisation is harder, as it appears ‘normal’ nothing brings attention to it, and it is harder to grasp in its entirety. Of course these are the broadest generalisations and I’m presenting them here in a playful and reflective spirit.

I think there are many responses to social evils - I’m mostly interested in how giving rise to those responses affect someone’s personal Buddhist practice. It’s a bit abstract, so may not be to everybody’s taste.

I agree with you Matt, in that it is our responses that are the important thing

In re-reading my response, it came out a bit harsher than I would have liked. Even though I have only been participating in this forum for a short while, I have come to respect your opinions and always look forward to reading your comments.

With regards to responses and attitudes to difficult and challenging experiences, it is something that I have recently spent quite a bit of time contemplating. In fact, I was thinking of posting a question here with regards to it. In fact, I think I will - so Thank-you for providing the impetus for me to do so.

With regards to the ‘difficulties’ that many females encounter (as per this thread), I’ve come to see as each challenge as a bona-fide opportunity for growth. Eg the degree of personal suffering which is felt upon being subjected to discrimination due to gender, gives an opportunity to learn more about self-view, about ego, about clinging, craving and conditioning. This in turn allows for more targetted practice, and the development of wisdom.

Though I would add that the balance between using instances of suffering as an opportunity for learning is great, but that care needs to be taken to maintain a balance between taking responsibility for ones reactions (ie changing the ‘self’) and not maintaining an abusive situation (ie acting towards oneself with compassion by choosing to live in supportive conditions).

Navigating samsara wisely sometimes seems like it is impossible to achieve and a far off goal for me. This is why the Buddha, Dhamma and Sangha are my refuge . Thank you Matt
Thankyou to everyone sharing this journey.

it came out a bit harsher than I would have liked.

Don’t worry. Its all grist for the mill. I use this forum for my practice - I take praise and blame, and try to hold back my responses (in the form of delight and aversion), but maintain metta as constant base for my responses …as much as possible!

I have come to respect your opinions

it is our responses that are the important thing

Correct. We have to speak against social evils- while not getting caught up in its drama and making it our defining character or our life’s purpose, if we are to practice the dhamma -otherwise extremist or other harmful activity becomes possible (inevitable?).

When we have undergone difficult or traumatic experiences it is important not to perpetuate this trauma, on someone else. Someone said when trying to solve difficult problems, try not to create negative karma in the process -it will make things worse. This is not to say the initial problem wasn’t a problem, or that steps need to be taken to address those issues, or remove oneself at the very least, from that environment. Civil or legal procedures may need pursuing.

When I came to UK, from Sri Lanka I experienced racism. Some of it was hidden so that it could not be reported, but gave the perpetrator the satisfaction. After some time I started seeing racists behind every bush, so I have experienced discrimination. I wouldn’t want to live in a country conceived along the lines of race, colour, gender, religion etc. What was good was to know that there were people who were genuine and welcoming and able to see past cultural differences.

If I made racial problems my sole focus, I would probably be worse off for I would have gone back to Sri lanka, and pursuing a semi-pseudo livelihood.

Thanks for your reply, I’ve experienced racism as well. But that is something that you can avoid by choosing your company. It is also NOT sanctioned by formal social systems or the law. There is recourse to address issues. I’d compare the issues we are talking about to millenially entrenched apartheid rather than racism.
These differences are profound, and while the issues may have similarities, they are an ocean apart. I think that is why women, including myself, struggle to communicate the depth of the issue.