A retreat under the stars - The Analysis of the Elements

The Analysis of the Elements
‘Don’t neglect wisdom, preserve truth, foster generosity, and train only for peace.’ That’s what I said, but why did I say it?
And how does one not neglect wisdom? There are these six elements: the elements of earth, water, fire, air, space, and consciousness.

From April 20th to 25th 2019, Bhante Sujato will be in Australia’s epic heartland, skilfully taking apart the Dhātuvibhaṅga sutta also known as The Analysis of the Elements.

The spiritually charged Red Centre is an unmatched location to take refuge and unwind in the company of the wise.

The Analysis of the Elements with Bhante Sujato

Teachings are always FREE.
The cost is to cover airport transfers from Alice Springs and Uluru, accommodation (camp site or hotel*), tents and swags, all meals, tea and coffee, entry passes to National Parks and guided tours plus Bhante Sujato’s airfare.

Half a world away and beyond practical travel, I would be content and grateful for any transcripts and/or recordings that might emerge and be posted here on SuttaCentral at any time after.

Yes , the teachings will be avaliable online after the retreat.

Yes, it will be extra special … being in the heartland of Australia, camping in the spiritual grounds of the owners of the land, dhamma discussion under the stars… what more can you ask for?
This retreat has reached the minimum numbers and will go ahead as planned. So… if you are considering to join please make your travel arrangements now and submit the registration form by visiting the link below. Payment arrangements available. Please email @Deepika on meditateasy@gmail.com for details

Retreat under the stars booking link

Remember, flies could end up carrying away meditators. Bringing a special-net that can be worn over the head - can be bought at camping stores etc. It may be the difference between returning home chilled-out or, half crazy.

Long sleeved cool shirts, gloves and long pants could be worn to keep the little critters at bay. Some of the desert flies are a bit wilder than those who live in kinder environments.

They can be very fond of water ie. around the eyes and nostrils. The nights should be beautiful - the flies go to sleep.

Campfires are great - primal - some kind of ancestral memory seems to awaken around a campfire. I have been on silent retreats in the forest in northern NSW. Mind-blowing connection with screaming cicadas and wild life - the trees and the

The Bibbulmun-Track down south would be another great place to walk and sit - in a Dhamma group. A lot cheaper as well and, no limit on numbers. Anyone with a

and basic supplies could participate???

Peaceful Bay is 31km east of a drive of 25 minutes along South Coast Highway and Peaceful Bay Road. The walk between Peaceful Bay and Walpole (61.4km) takes 3-4 days.

Remember, flies could end up carrying away meditators.

But wait. Flying in full lotus is a psychic power!

Is this a ‘pun’ on elements?

Sharing some details about Lilla, the campsite we will be stying in:

Lilla as a community are happy talking and teaching about their Tjukurpa (dreamtime). As they say Pitchama naygooakoo nooragaroo nayooloo nyuntu nga tjukurpa wankahnye. (come to my country and I will teach you a dreamtime story).

Lilla is an aboriginal outstation community located in the Watarrka National Park. In the native tongue of the Luritja country, Lilla means sweet water. If you visit Lilla you will get a chance drink the best tasting water that has been filtered through the Mereenie sandstone from underground springs.

This is the story of Lilla told by Sadie.

Originally the Grandparents were from Yuendumu. Mussolino was getting into trouble for something that is unspoken about. As a result they fled with the whole family to Jay Creek on camel back.
Mussolino left his family there where they were safe. Armed with spears and number 7 boomerangs, he went back to Yuendumu to deal with the problem. He was very successful and on his return he was smothered in happy children.

Enas’ husbands father was from Docker River way and her mother from Pintubi. On their journey one year to sacred initiation grounds between Mt Leibig and Docker River the two of them met and were married and made a family, thus Ena’s husband was born.

Ena met her husband. They Married and had their 4 children. He was granted land rights in 1978 as Lilla was his birth place. Unfortunately he passed away in 1987.

For many years they lived at a town camp in Alice Springs, long after their fathers death. Due to alcohol and bad people their sister died 1 minute after midnight on new years eve in the year 2000. As a result they moved back to their fathers country at Lilla.

Leo had told stories of the early days where his father and uncle had fled into the hills with as much family as they could. They hid in the caves as the white men came through the area and massacred all those people that were left behind. Later on they were taken to Hermansburg mission where they were taught English and Christianity. And also the native tongue of Arrente. However because there were lots of them their own language of Luritja was kept strong and that’s where Ena met her husband (to be).

Yes , the teachings will be avaliable online after the retreat.

Let us know when it is done.

Going to Alice is costly for a short retreat. Do you think we could get Bhante down the Bib track in WA ?

You’d have to ask him, let me know what he says! There’s also the beautiful monk who is involved in the new monastery down south???

We will be in Alice Springs for the first night only. Retreat location is six hours drive from Alice, in Watarrka National Park , home to the famous Kings Canyon. Boasting some of the best views of the night sky you can only get in the Outback. Only 3 hours from Uluru, Kings Canyon is a majestic destination featuring 100 m-high sandstone walls, palm-filled crevices and views that stretch across the desert. Come along and see for yourself. ! 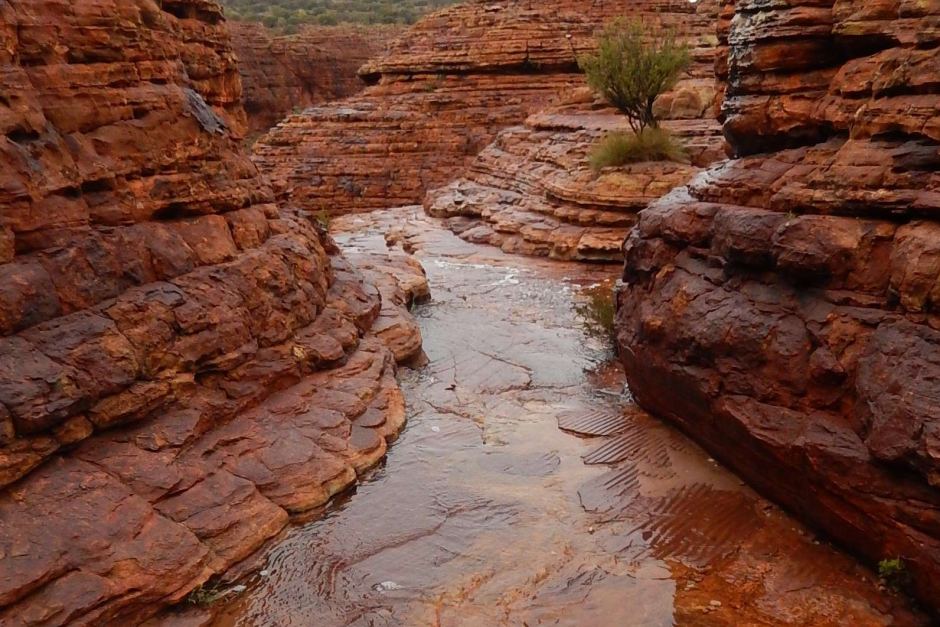 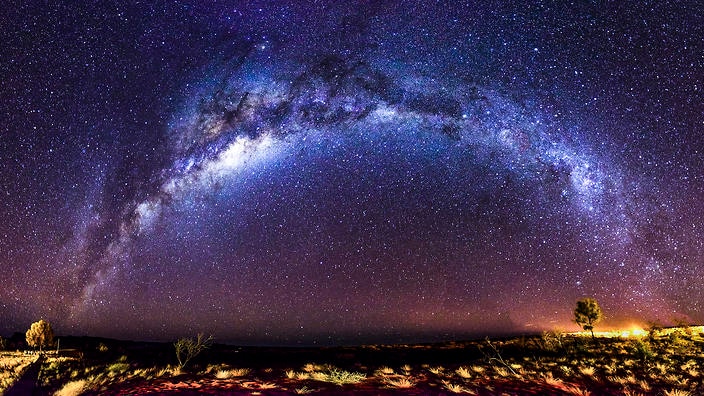 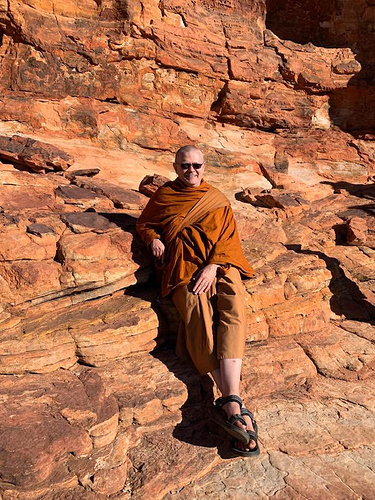 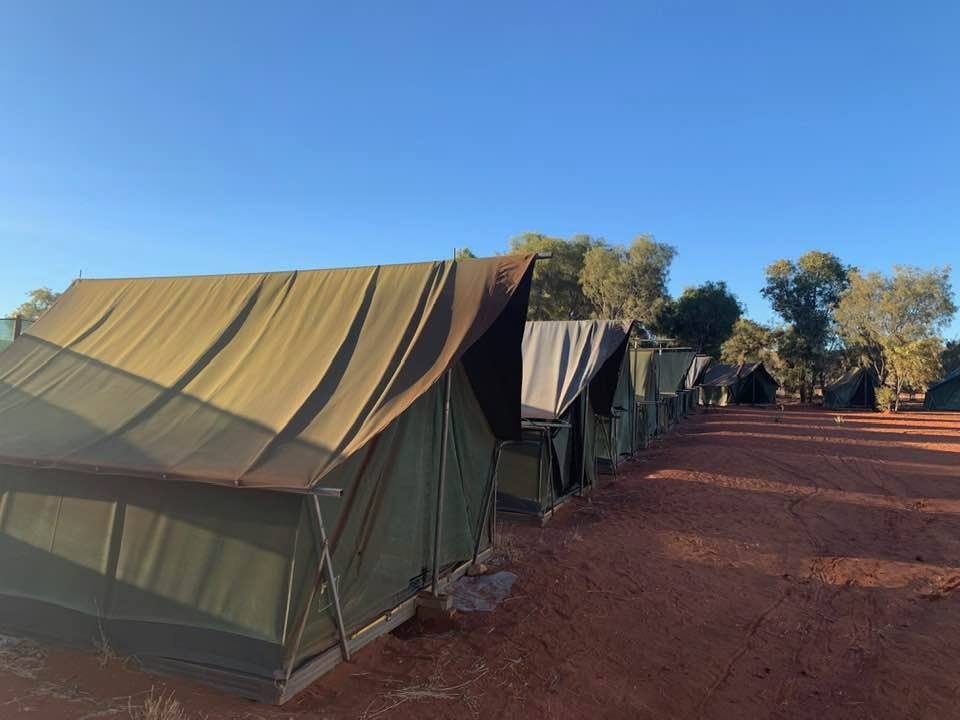 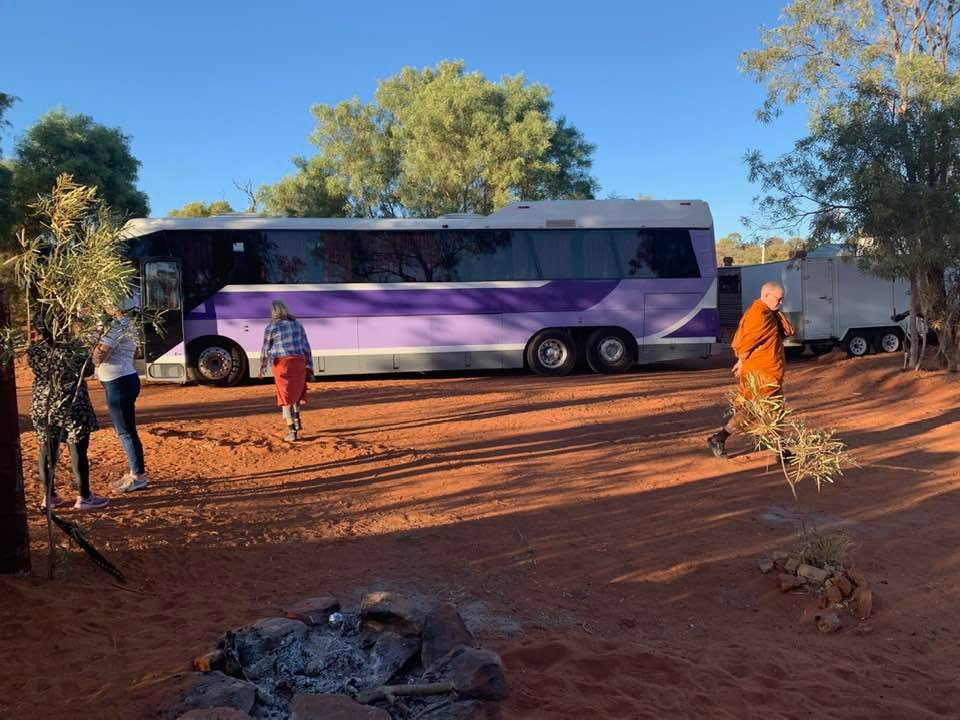 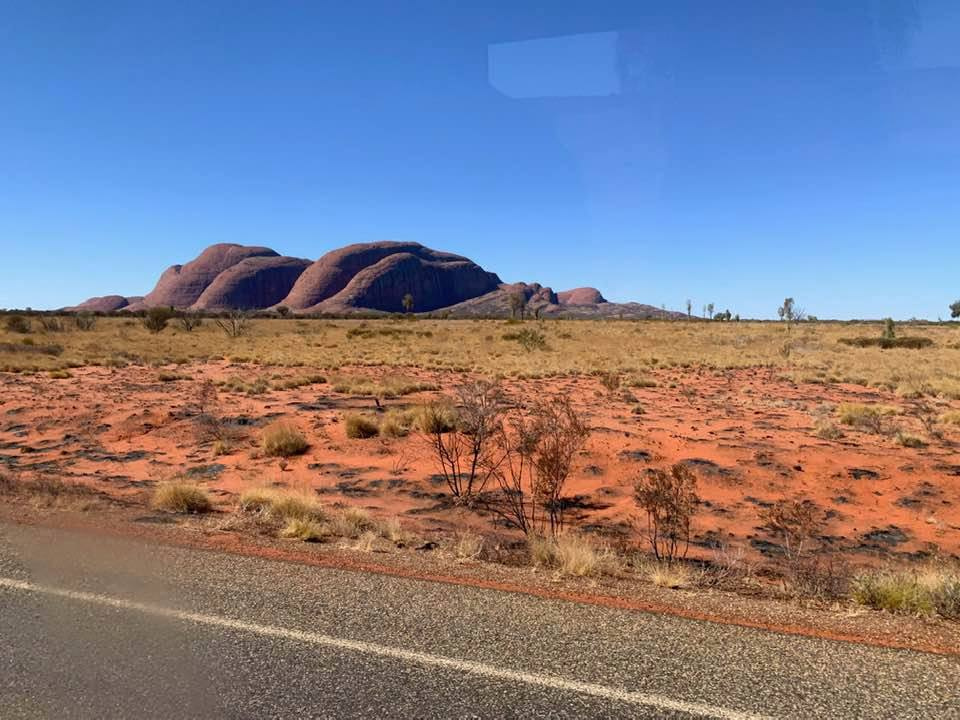 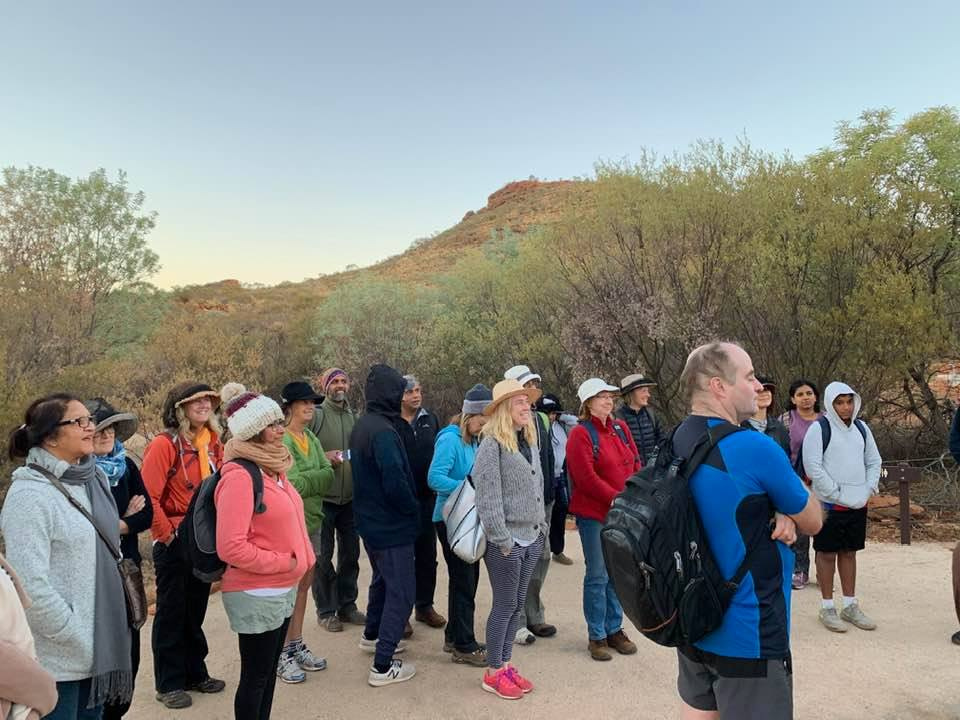 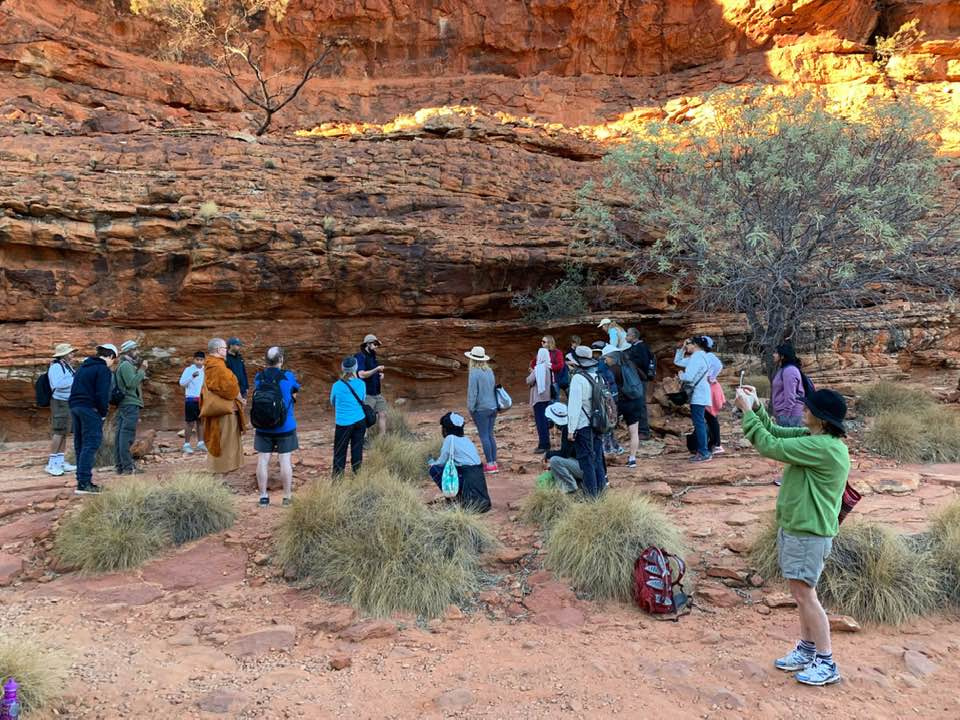 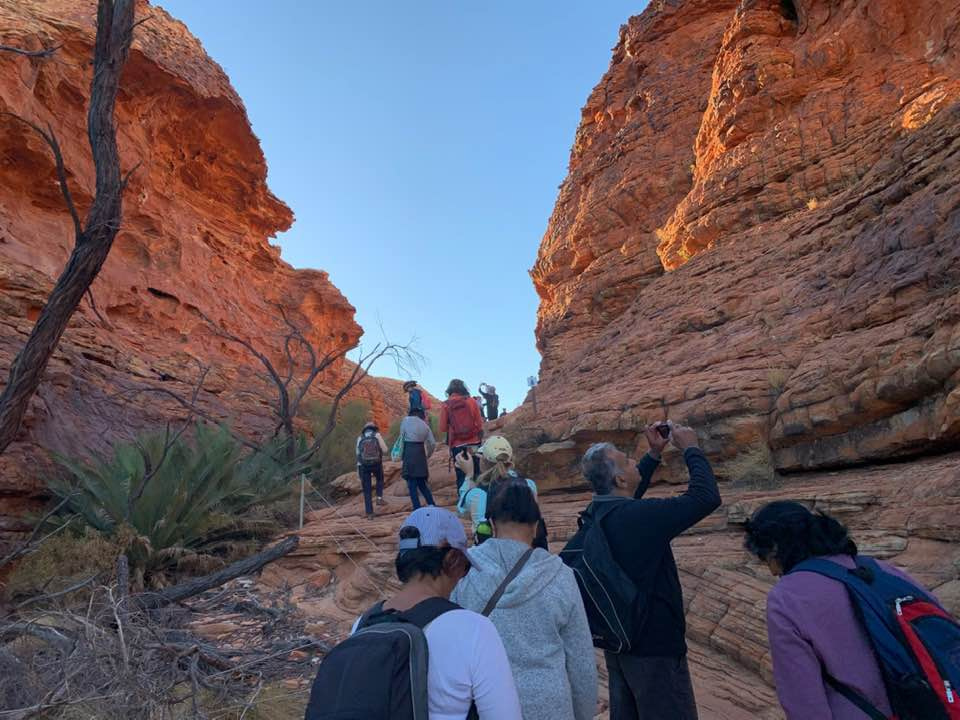 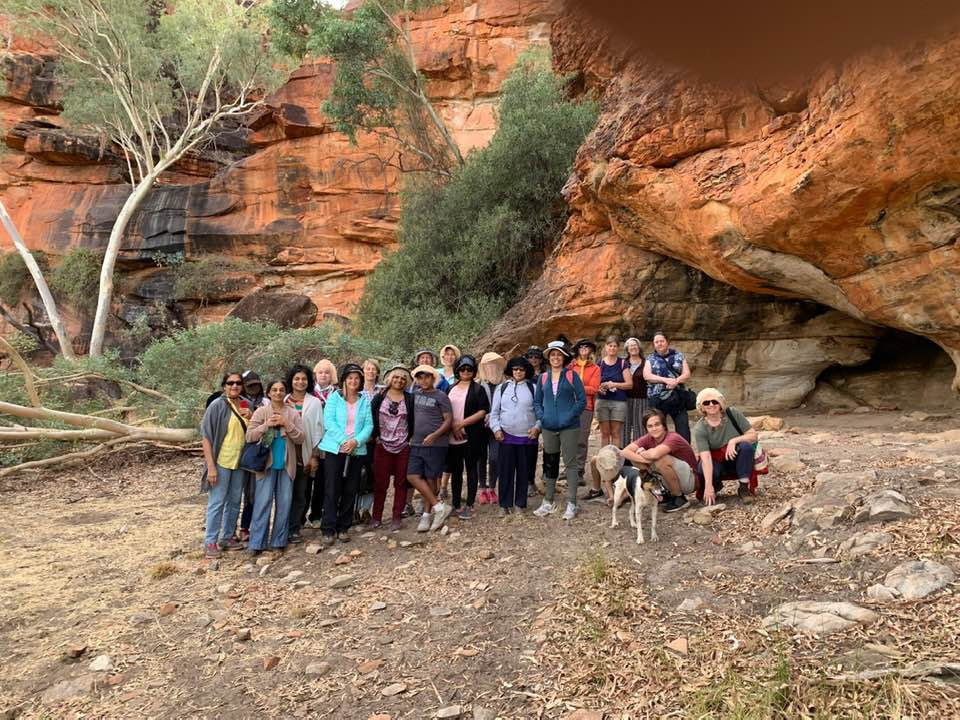 Thank you for the pictures

It looks like it was quite extra-ordinary… just the right place to contemplate the elements.

I am glad now Dingo also has converted to Buddhism and show some interest in meditaion.
I hope this will help it to eliminate Vipaka of it’s past bad deeds. (if any)

Are there any teachings online from this retreat? I find the elements fascinating!

I would be interested in knowing more about Tjukurpa. Does it complement Buddhism?

Separately, did everyone enjoy their views of the stars?

So much gratitude to @Deepika for organising this and making sure we were well looked after and bhante for his wisdom and (as usual) the brilliant way of teaching buddha’s words on the analysis of elements.
I was also very lucky to have shared this experience with other lovely people from all over Australia.
Northern Territory is magical. I think all Australians should visit there as soon as possible. Make sure to get some guidance from the elders or people who are connected to the land while you are there. There is so much to see through their eyes and learn through their stories.

Having lived in Australia for 33 years I was taken aback by how little I knew about Indigenous Australians. They are not about popularising or selling their belief system, they are living for the moment together with the nature, almost leaving no foot prints, working for a wage is not an option, all they need is in the nature, so why work for food and shelter. No sense of accumulation is in their system, with 40 thousand years of conditioning they are extremely challenged to adapt to this 200 year old new system. So it is your call to decide if their life values complement Buddhism.

Stars were unreal… milky way was almost jumping at us… xox