A Useless Shuffling Around of Books About the Buddha

In keeping with Bhante Sujato’s 2021 theme (new year’s resolution?) of reading fewer dhamma books and of giving his posts self-effacing titles, here then is a new reading guide about the Buddha in the Pāli Canon which is so tiresome it will surely put one off reading entirely for a good long while:

A thorough tour of the Pāli texts which report the Buddha’s character, accomplishments, life, and past.

Thanks Bhante, but I’m still recovering from reading this article by Alex Wynne [originally on the reading this but since removed]…which really did put me off reading completely for at least a few months. 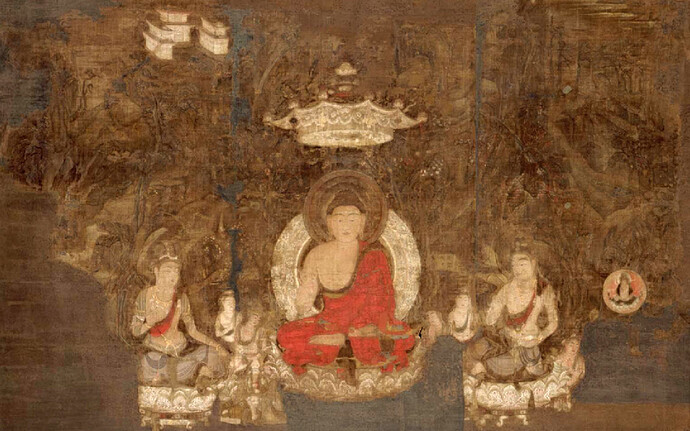 Was the Buddha an awakened prince or a humble itinerant? – Alexander Wynne |...

When we strip away the myths, such as his princely youth in a palace, a surprising picture of this enigmatic sage emerges

There are a lot of strange things going on in the article? e.g.

I quote: “The Pali account of the Buddha’s ‘First Sermon’ claims that its five recipients immediately attained enlightenment.”

I don’t remember this in the Dhammacakkappavattana Sutta?

Oi that is bad.

I was also disturbed by his barely-veiled insults of traditional Asian Buddhists.

"After a lengthy absence from the Buddha, Koṇḍañña acts like a supplicating devotee, not an enlightened Buddhist saint (arahant ): he is said to prostrate himself on the ground, stroking and kissing the Buddha’s feet, all the while announcing: ‘I am Koṇḍañña, I am Koṇḍañña!’"

—> No way! Kissing the Buddha’s feet means you aren’t an arahant?

"Another prominent member of the group of five, called ‘Assaji’, is mentioned in a few more places. But one text records the occasion when he was ill and became upset because he could no longer attain meditative absorption. Just like the text on Koṇḍañña’s emotional reunion with the Buddha, Assaji is not depicted as an enlightened saint."

Just for the record, Buddhists have thought about this before…
http://www.themindingcentre.org/dharmafarer/wp-content/uploads/2013/04/42.8-Assaji-S-s22.88-piya.pdf

"The classic source is the Sāmañña-phala Sutta (‘Discourse on the Fruits of Asceticism’), which lacks anything that could be described as a meditative ‘practice’."

This is from Oxford.

Tell me about it. I’ll never get back the weeks I wasted on Damien Keown’s The Nature of Buddhist Ethics or (God!) Richard Cohen’s Beyond Enlightenment

This is one of the reasons I started my website tbh: I’d much rather just signal-raise the good and hope the bad languishes in obscurity…

This looks like a very helpful resource, thank you!

I think I wasted a couple of years of my life trying to understand this book, finally, somebody who understands.

20 posts were split to a new topic: MetaEthics and Buddhist Ethics