Are there any extant languages descended from pali?

If there are, How similar are they to pali?

Pāli might have always been a formalized text/speech. It’s apparently quite close to Magadhi Prākrit, although I’ve also heard that Magadhi Prākrit is characterized by, among other things, -e for the nominal instead of the Pāli -o, which seems contradictory to Ashokan Edicts, which don’t seem to have this -e feature.

Magadhi Prakrit later evolved into the Eastern Indo-Aryan languages, including Assamese, Bengali, Chakma, Odia, Bhojpuri, Maithili and Magahi among others.

But Pāli is in some ways pretty distinct, maybe owing to only partial Sanskritization alongside much Prākrit. Not many of the languages above are going to necessarily resemble Pāli, despite them coming from a common ancestor.

Thanks for the reply. What i was hoping for, is some names of modern languages descending from or very close to pali. I am just curious about what it sounds like.

Pāli has more of a tendency to blend into the often non-Indo-aryan languages of cultures that practise Theravāda Buddhism than to evolve into descendant languages. Since no society has ever been dominantly Pāli speaking, it has not undergone the linguistic transformation that generations of native speakers would provide. Instead, words from Pāli get incorporated into languages like Sinhala and Thai.

what about any closely related modern languages?

Aren’t there some similar words in Sinhalese? I know several people who speak Sinhalese and they seem to be able to understand a lot of Pali. 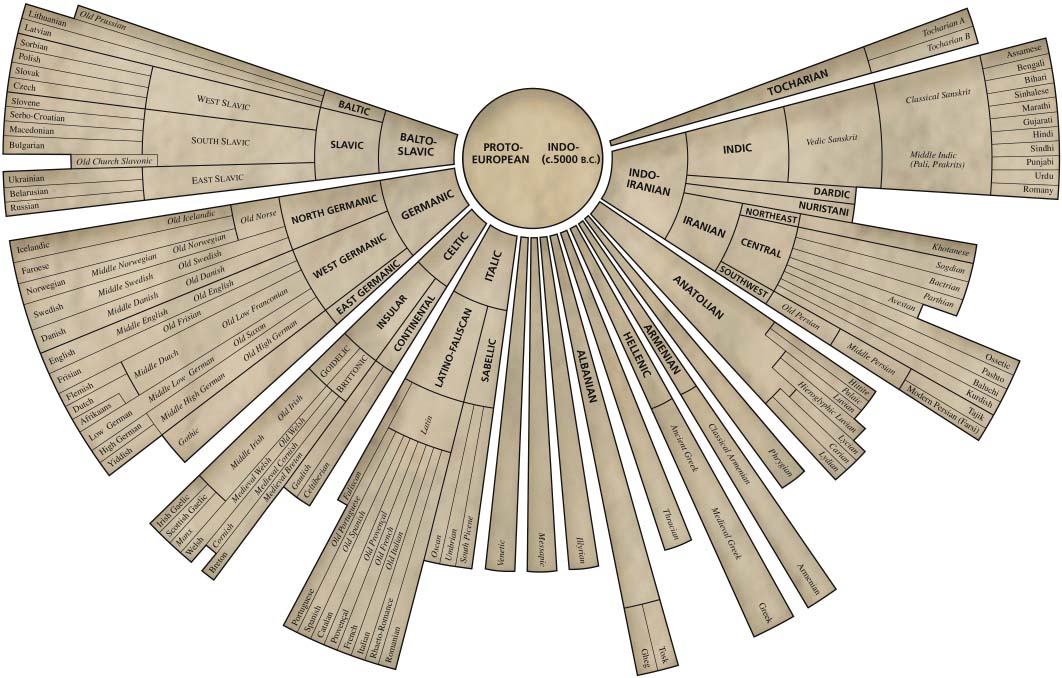 Aren’t there some similar words in Sinhalese?

All of the cultures that have been influenced by Theravāda Buddhism have incorporated some, and sometimes a lot, of Pāli into their language. Burmese also likely has a lot of loanwords.

Succinctly, Pali is one of the two Middle Indic languages along with Prakrits.

The problem with this, is the sheer diversity of languages being represented by the short description: “Pali, Prakrits”!

Hindi takes the Śaurasenī Prākrit form of ātma, namely appā, and forms āp. This doesn’t still have the meaning of “soul” or “self”, though, now it is a formal way of saying “you”!

AFAIK its not necessarily possible that Pāli itself could have evolved into any of these contemporary languages. Likely other, vernacular, Prākrits would have been the ancestors, rather than a liturgical/ceremonial language, as useful as it has been for preserving Buddhavacana.

This paper says that Pāli is also very similar to Mahārāṣṭrī Prākrit, which I didn’t even know existed before reading it.

It is believed to be the language spoken by the important religious figures Gautama Buddha and Mahavira and was also the language of the courts of the Magadha mahajanapada and the Maurya Empire; the edicts of Ashoka were composed in it.[2]

Magadhi Prakrit later evolved into the Eastern Indo-Aryan languages, including Assamese, Bengali, Chakma, Odia, Bhojpuri, Maithili and Magahi among others

Magadhi Prakrit (Māgadhī) was a vernacular Middle Indo-Aryan language, replacing earlier Vedic Sanskrit in parts of the Indian subcontinents. It was spoken in present-day Assam, Odisha, Bengal, Bihar, and eastern Uttar Pradesh, and used in some dramas to represent vernacular dialogue in Prakrit dramas. It is believed to be the language spoken by the important religious figures Gautama Buddha and Mahavira and was also the language of the courts of the Magadha mahajanapada and the Maurya Empire; Ma...

It is believed to be the language spoken by the important religious figures Gautama Buddha and Mahavira and was also the language of the courts of the Magadha mahajanapada and the Maurya Empire; the edicts of Ashoka were composed in it.[2]

Magadhi Prakrit later evolved into the Eastern Indo-Aryan languages, including Assamese, Bengali, Chakma, Odia, Bhojpuri, Maithili and Magahi among others

There was a bit of text form of Magadhi Prākrit that I transcribed here.

The problem is, that this is also allegedly Magadhi Prākrit:

…and it doesn’t look a lot like the Magadhi Prākrit from the Ashokan Edict. Expert opinion would be much help.

Mine would be far from an expert opinion, but I’ve been living in West Bengal for the past two years now and I understand a lot of what I hear simply because it resembles the Pāli. (And I just know I’d understand more if my Pāli was better. Uggh!) And, with my friends, they understand a lot of Pāli in that MANY words I show them from Pāli, if they don’t have close cognates in Bengali in terms of pronunciation (manush for manussā: man) or meaning (sukha: happiness (Pāli); sukhi: to like or love (Bengali)), appear in Bengali in exactly the same form (daṇḍa: stick, club).
One thing I found interesting is that the Pāli word for food, āhāra, also appears in Bengali; but it is a literary word. And this would seem to support the premise that Pāli primarily exports words to other languages, including non-Aryan ones, rather than evolving into them.
On the other hand, however, allowing for some evolution of pronunciation, the Bengali numbers for 1-10 are almost exact replicas of the Pāli. That in itself is nothing because the Japanese numbers, as well as the Thai, are Chinese imports; so there’re precedents for cultures importing foreign number systems. But, both Japanese and Thai have retain some remnants of their original number systems, where the Bengali 1-10 in no way differs from the Pāli (other than 2,000 years of phonetic drift); and, furthermore, the Bengali numbers from 11 to 1,000 and beyond on also share that ellision/“slur” with the Pāli numbers greater than 10. Could all of that be imported, too?
This is all really a layman’s view of things, but a Bengali friend of mine, who happens to also be a Bengali teacher told me, just as was stated earlier in this thread, that modern Bengali is indeed considered to be descended from Magadhi Prākrit/Pāli (and, like Pāli, evolved with limited Sanskritization).
Again, I do not pretend to be an expert; these are simply my observations and what I was told. I, too, have been hoping to find a modern language out here which directly led back to Pāli. I was, and am still, looking for that expert opinion. Unfortunately, I have yet to find it.
I don’t really speak Bengali, but, among other things, these piecemeal words with similar meanings and pronunciations–even the sentence structure and word order, which seems to me to show some similarity to that I see in the Pāli suttas–have helped to make Pāli a “living” language for me, such as it is.

Thanks for the reply. What i was hoping for, is some names of modern languages descending from or very close to pali. I am just curious about what it sounds like.

The monk’s pronunciation is fairly close to the phonetic descriptions given in the ancient Pali grammars, though to be closer still he would need to make the distinction between aspirated and non-aspirated consonants clearer. But it’s far from certain that this is how Pali would have sounded when spoken by its earliest speakers, because…

I think any of the contemporary north Indian languages of the Indo-European family (Hindi, Bengali, Nepali, etc.) would give you a fairly close rendition of the Pali pronunciation. Don’t look to Thai or Burmese, as they belong to very different language families, and even their pronunciation of Pali is influenced by that. Sinhala would be a good candidate, as it is originally an Indo-European north Indian language that has been heavily influenced by Pali and also Sanskrit. However, there is also some strong influence of Tamil upon Sinhala, due to close proximity for so many centuries. This has influenced Sinhala pronunciation.