Is anyone using the Asubhasañña contemplation, as presented in Caturārakkhā. [found here in ancient buddhist texts]. The language is so intense!
Shall I consider it as good strong medicine, as a misogynous corruption of the Dhamma to be ignored, as an authentic sample of the Sri Lankan and Northern Thai tradition.
It’s definitely post canonical, possibly 11th century or possibly pre-Buddhaghosa. There is an article with some bits about the provenance of Caturārakkhā here.

Sadhu ayya.
What part exactly do you find intense?
To me it is not so.
Neverheless, it does strike me as a reflection that may have been composed having in mind a male heterossexual audience.
The point of framing the womb as a rather impure source.
While I cannot speak for all heterossexual men out there, in my male’s mind there is a very weird and very deeply rooted fascination for the entrance of the womb (i.e. women’s parts).
Apparently in modern psychology they have a name for it: womb envy 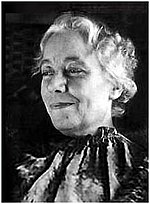 Maybe that is what the verses were trying to address.

But in it its entirety the verses are rather gender neutral.

1. Aviññāṇasubhanibhaṁ ~ saviññāṇasubhaṁ imaṁ,
With consciousness it is unattractive, just as it is without (i.e. dead),

3. Patitamhā pi kuṇapā, ~ jegucchaṁ kāyanissitaṁ,
The (parts) that depend on this body are contemptible, as is what falls from a corpse,

ādhāro hi 'suci tassa, ~ kāye tu kuṇape ṭhitaṁ.
for their recepticle is impure, ~ they are situated in this corpse of a body.

4. Mīlhe kimi va kāyoyaṁ ~ asucimhi samuṭṭhito,
Like a worm in excrement this body ~ arose in what is impure (i.e. the womb),

anto asucisampuṇṇo ~ puṇṇavaccakuṭī viya.
inside it is full of impurities ~ just like a full lavatory.

nānākimikulāvāso, ~ pakkhacandanikā viya.
various kinds of worms dwell in it, ~ the same as in a cesspool.

Is anyone using the Asubhasañña contemplation, … The language is so intense!
Shall I consider it as good strong medicine, as a misogynous corruption of the Dhamma to be ignored, as an authentic sample of the Sri Lankan and Northern Thai tradition.
It’s definitely post canonical, possibly 11th century or possibly pre-Buddhaghosa.

The practice of reflecting on the body as impure “asubha”, as full of impurities, both internally and externally, is mentioned in SN 35.127 (and its Chinese counterpart SA 1165). But the text does not particularly present the practice as good medicine.

I don’t see this text as misogynist. It’s just saying that the womb is impure, so everything that comes from it is going to be impure (be it a male or female body). I’m female, but I’ve always considered childbirth a pretty disgusting process, I must admit. Lots of other women say the same.

Asubha practice isn’t for everyone, of course.

Sometimes I wonder if framing everything through gender is actually part of our delusion.

Often I think we forget that gender is convention, a label. The more we focus on it the more we start to take it as a real part of the self. Personally I have started to be gender-neutral. You can decide what I am, I accept any convention it makes people comfortable since to me being seen as male or female or even an “it” is just that convention. I have also given up the distinction between human and the rest. It is only a form with which to work due to kamma but at this end made of the same usual elements.

I understand the political struggle for equality and I think within the limits of love-kindness, compassion and equanimity and avoid anger, wrong speech and so on, it’s a good thing. Yet personally I think that in this period of our time we should be very carful to read everything as part of a gendered discourse and to let certain political-ideological philosophy affects our perceptions and distract ourself from our aims towards the final point.

I think we can better try to understand that each area had and has its conventions. Conventions that at the end are all empty, non-self and so definitely impermanent.

Hence, I suggest, as in this case, from old tests based on old conventions, takes what it may be useful to your spiritual growth and let what you feel may disturb it.

I have studied, as an anthropologist expert in religion, the concept of “impure” in the Pali texts, and I think we have lots of confusion around it.

The idea of purity in the time of the Buddha and his society as an educated religious concept was very different from what we can understand today, particularly in the western context (affected deeply by the Christian idea of impurity).

In this context, the body parts are “impure” because they affected still by the impact of Kamma, current kamma, delusion and attachment. Indeed “purity” is equivalent to Nibbana, so whatever is not Nibbana is impure, and since the uterus is, among others, an instrument for re-birth and hence Duḥkha, it cannot be “pure” at all.

It has nothing to do with gender. The uterus would have been impure even if it were a male organ. Its impurity has been linked to re-birth.

Everybody is impure to different degrees till you attain liberation, then only your body remains impure as part of the elements.

Impurity is an ontological category: it can be transcended, not transformed.

I hope this may help

Here, the Buddha did teach about bodily impurity’s reflection. But later on, he taught monks instead mindfulness in breathing (ānāpānasati), according to the Ānāpāna Saṃyutta of SN/SA.

I personally find it enlightening (no pun intended) to see what the result of asubha meditation is supposed to be. It isn’t aversion, or any negative emotions, but dispassion, a cooling and calming of the mind. So if someone ends up a misogynist as a result of asubha, something went very wrong.

Replying to several here in this string, I suppose it is my character to be less reactive to physical triggers and more so to social ones. So thinking of a person as a worm in a bag of feces , at the physical level I don’t experience the revulsion, so don’t really experience the point.
However at the social level, it is completely obvious that comparing a person to an animal or a worm is an insult, a hostile act. This was so in ancient times as it is today. It seems to me to ignore the shock value of the insult is to miss the point of the teaching.

imo.
There is strong dislike feeling coming straight from kamma. That is the repulsiveness we try to experience during asuba contemplation. It doesn’t go through intellectual analysis.

So in the end, it doesn’t work well for me, I still see the ugly as repulsive and the pretty as attractive. I found contemplation of death more suitable to my character, but I really do want to hear from other friends who have practiced this method so I can know what is correct and appropriate.

According to SN 35.127, the Buddha teaches if the asubha reflection proves ineffective, then finally one should take up the practice of “guarding the sense-doors”:
Pages 100-1 from The Fundamental Teachings of Early Buddhism Choong Mun-keat 2000.pdf (162.3 KB)

Perhaps it is with many people, and I too tried asubha practice before, but my mind seems to work in reversal, I see an asubha image alright, and I do feel repulsive, but from that perception it starts to build up in reverse to a beautiful image (which again gives rise to a feeling of attraction).

This is an interesting topic and it reminds me of how in Sarvastivada dhyana traditions, contemplation of impurity eventually leads to contemplation of purity. There are also some visualization suites in which you progressively visualize the body as a corpse, then remove its skin, flesh, etc., until only bones are left, then the bones shine with light.

If one’s mind is fixed for a long time, it conforms to the state of meditation. If one attains meditation, there are three signs: (1) The body becomes comfortable, soft, and light; (2) white bones emit rays of light like white jade; (3) the mind becomes tranquil. This is called the meditation on the pure. At that time, one obtains the mind [belonging to] the realm of form (rūpa-dhātu). These are called the first signs of meditation practice.

The description continues with rays of light shining out of the white bones universally, turning everything pure white, etc. The mind becomes stable in one place, etc.

Kumarajiva’s materials on contemplation on impurity were specifically drawing on the interpretations of established Sarvastivadins: Upagupta, Parsva, Vasumitra, Kumaralata, Asvaghosa, Sangharaksa, and Sanghasena. The manual was written by Kumarajiva a mere six days after arriving in the capital of Chang’an, in response to a request from Sengrui.