Barbie is a Buddhist

Last week I posted about heavy metal mindfulness. Today I’m letting you know that Barbie is now a mindfulness vlogger. (People send me this kind of stuff, I don’t seek it out. But it seems I attract it…

It is fascinating to see Buddhist practices where you don’t usually expect to see them.

It’s nice to be surprised by the world. 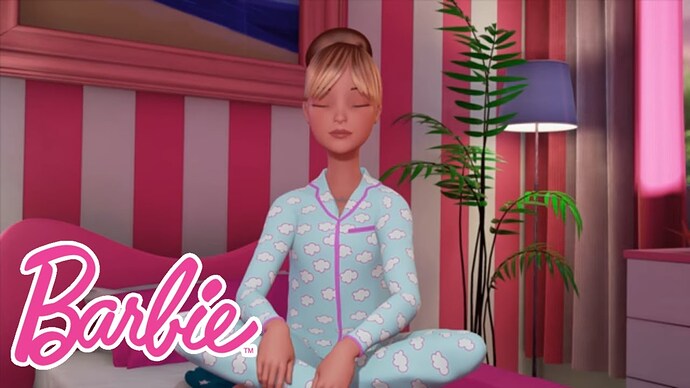 The iconic doll, once notorious for her unattainable body proportions and unabashed materialism, is changing her ways one Buddhist practice at a time.

“I had an experience recently where someone made me upset and I had a really hard time forgiving them. But I heard about this awesome thing called Loving Kindness Meditation and it really helped! I hope it helps you too if you ever find yourself in a similar situation.”
“Imagine your heart filling with love,” Barbie says into her webcam as she begins teaching the meditation. “And then you say, ‘May I be happy.’ And to fill your heart with love, well, that’s like giving yourself a superpower. Next, visualize a friend or a family member, someone’s who’s helped you. And send that love to them. Say silently to yourself, ‘May you be happy’ as you visualize them…” 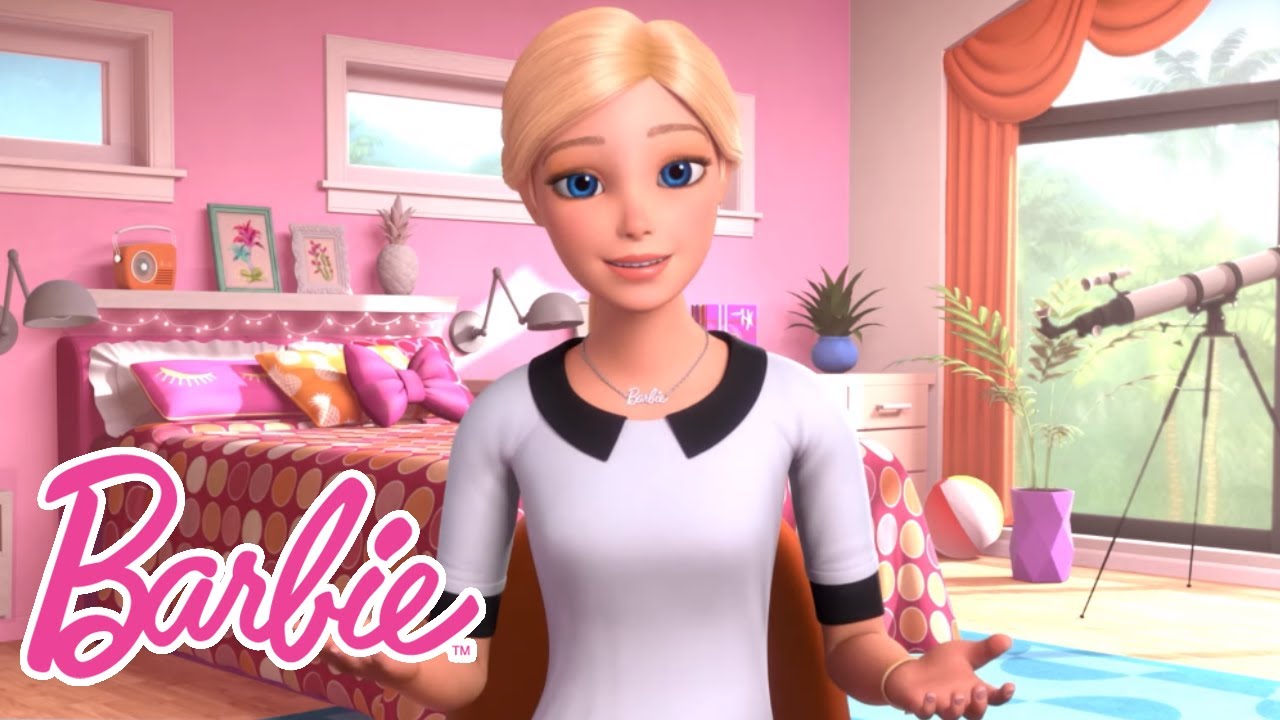 She also has a morning meditation practice: 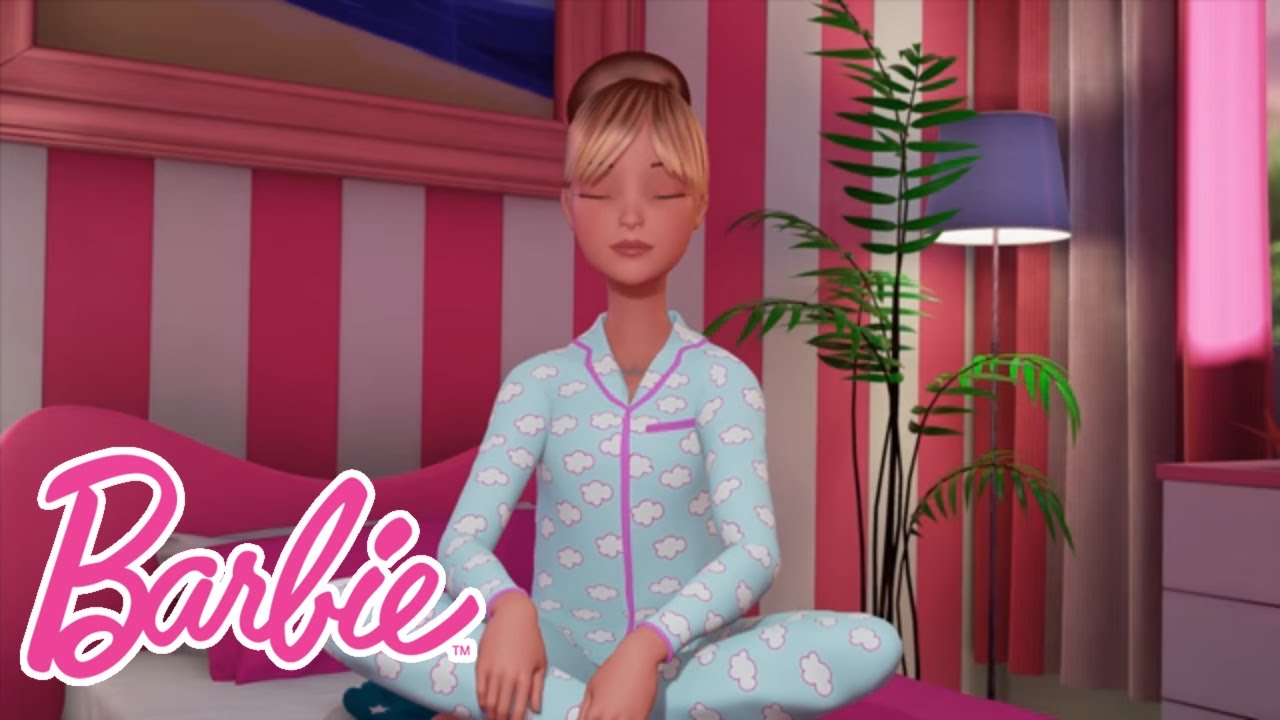 She’s a good teacher and the short videos are packed with good advice.

Wow, that’s amazing, thanks so much. I used to joke about how all the marketing images of meditators looked like “Bhavana Barbie”, now it’s real!

It’s good that she doesn’t just do whatever Ken says. Having said which, “chilli festival”? She should totally go!

She also did a nice video discussing racism with her friend Nikki. 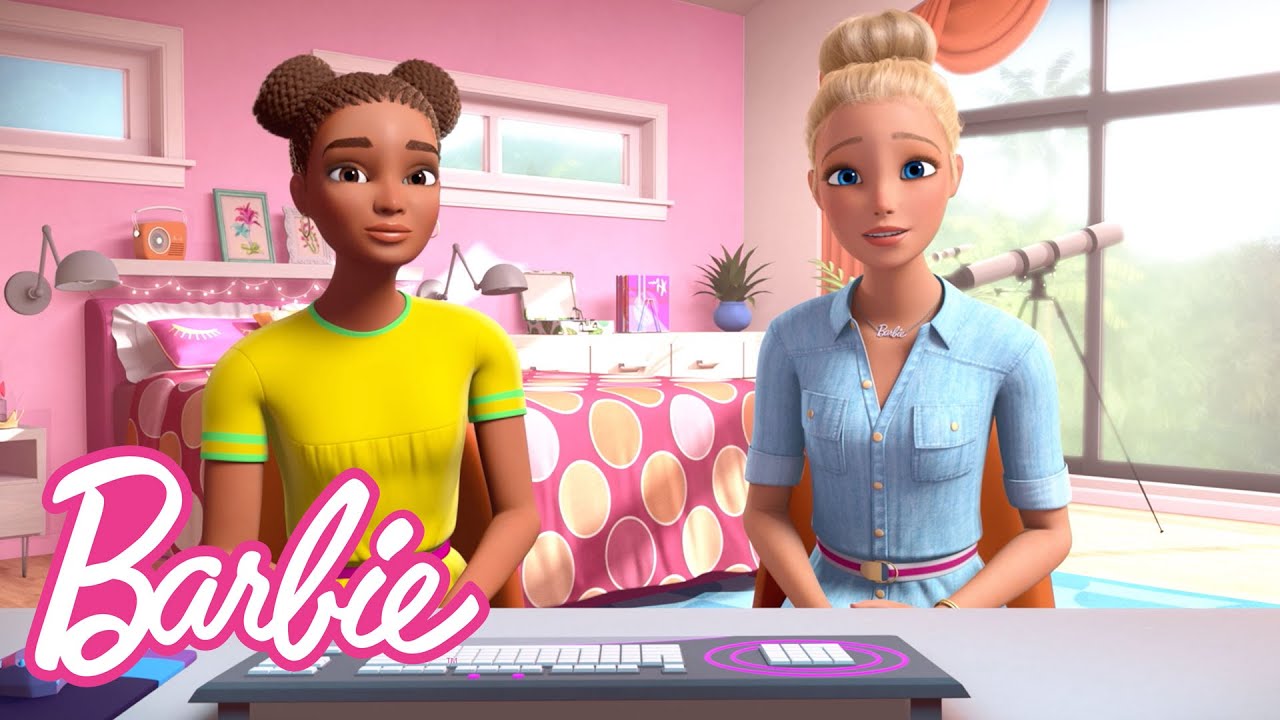 This is her typing here…
Finally, I am happy to hear that there are Barbies in this world who don’t just spend their time being fashionable and brushing their hair!!!

Finally, I am happy to hear that there are Barbies in this world who don’t just spend their time being fashionable and brushing their hair!!!

Right! People think that all girls think about is clothes and fashion, but it’s just not true. There’s so much more to you than that.

Everyone can be kind and wise, even barbies!

I will definitely be pointing my granddaughters to Barbie’s vlog and I hope they agree with Daughter of @Ficus. Well said you!!

But I can’t help wondering about the motivation of Mattel’s advertising agency. … Then again perhaps it is possible to do good and make money at the same time.

motivation of Mattel’s advertising agency. … Then again perhaps it is possible to do good and make money at the same time.

Barbie actually said Metta! I’m impressed! Never in a million years did I expect a billion dollar company to have one of their main products to say a Pali word !

Did you know Lisa Simpson is a Buddhist too? We’re cornering the market in fictional meditators!

In Japan, the broadcasters of the series found they were able to turn the apparent viewer dislike of the series around by focusing marketing attention on Lisa. Lisa’s well-intended but ill-fated struggles to be a voice of reason and a force of good in her family and city struck a chord with the Japanese.

Fantastic! I loved Barbie as a ten-year old, gave her away and now I love her all over again!
I’m going to email her and ask she do a workshop series on Dependent Origination. Perhaps Bhante Sujato and Ajahn Brahmali could assist her with research?

But whatever you do, please don’t mention the fact that plastics are a global catastrophe!

Finally, I am happy to hear that there are Barbies in this world who don’t just spend their time being fashionable and brushing their hair!!!

Right! People think that all girls think about is clothes and fashion, but it’s just not true. There’s so much more to you than that.

I’ll hazard a guess that neither of you grew up with advertisements for doctor barbie and marine biologist barbie in the late 90’s and early 00’s. I think the attempt to reinvent Barbie as a career woman might have actually started in the 80’s though, now that I think of it.

Marine biologist Barbie is a real Barbie doll by the way.

Dream big with Barbie Polar Marine Biologist Doll GDM45 featring themed outfit and accessories to inspire kids to explore. Check out the world of Barbie careers at our Barbie shop!

Barbie® doll is an adventurous spirit, always enthusiastic about exploring the world, and she’s partnered with National Geographic to encourage imagination, expression and discovery through play. Study oceans and marine life with the polar marine biologist – she wears a professional outfit with themed accessories that include a penguin.

Why I bolded that will become clear I hope and won’t come off as a cheapshot at Barbie. This is from another Mattell site:

There is nothing about what Barbie does as a marine biologist. To be fair, it is just a doll, and that level of storyline detail is not required. But the whole point of Dr. Barbie and marine biologist Barbie was to break her out of the Barbie mold to be a modern role model to young girls. But the signals are so mixed. Marine biologist Barbie is only a marine biologist inasmuch as it lets her have a fasionable Hollywood-style pet penguin and wear certain clothes. Like Ven Sujato said, “People think that all girls think about is clothes and fashion,” etc.

That’s why culture is so fascinating, you can see an evolution and growth. All this must be the outcome of a lot of focus groups and research, you’d guess.

But whatever you do, please don’t mention the fact that plastics are a global catastrophe!