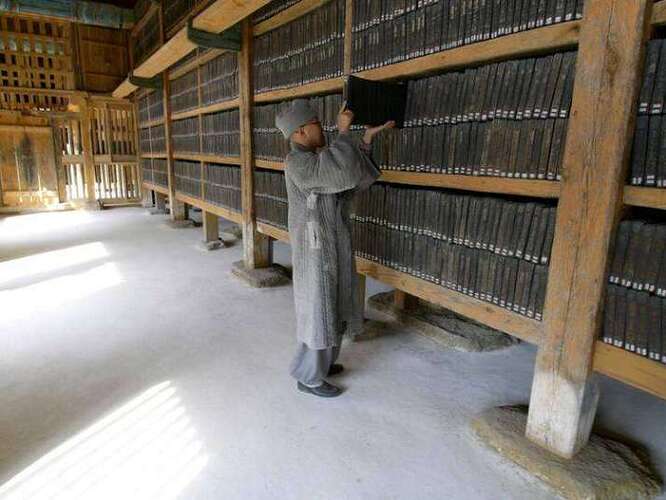 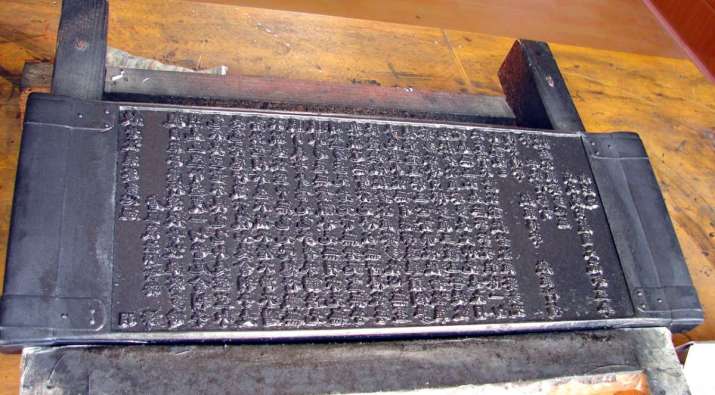 Following the loss of the original Tripitaka to fire during the Mongolian invasion of the kingdom in 1232, Gojong ordered the woodblocks to be remade…

Ven. @sujato is ahead of the game.

Oh wow, this is amazing. Something to look forward to, if travel ever becomes a thing again.

In the Goryeo and Joseon Dynasties, scripts were taken out and dried in the sun to preserve them.
This week, a Buddhist temple is performing the same ritual on its scripts printed directly from the Tripitaka Koreana wooden blocks… over a hundred years ago.
Han Seong-woo files us this report.
For the first time in 123 years, monks at Haeinsa Temple in South Korea’s Gyeongsangnam-do Province took its collection of 1,270 volumes of scripts from the shelves on Thursday to traditionally dry them under the sun.
The scripts were originally printed from the Tripitaka Koreana wooden blocks, a national treasure.

“‘Sun yearning’ is not only about reading the tripitaka itself but engraving its teachings onto our minds.”

Does it include the Pali canon and the majority of the Sanskrit text?

No, it contains the “Chinese” canon, which consists of:

As students of early Buddhism, we are mainly interested in the Agama and Vinaya literature, which are similar to what is found in Pali. They were translated into Chinese, mostly around the 4th-5th century CE.

There are no texts in Pali/Sanskrit, it is all translation.