Can we put this book on SC?

This 1980s translation is much better and complete than the 1880s one.
I bought this book in ebay from US. It took precisely one month to reach me. 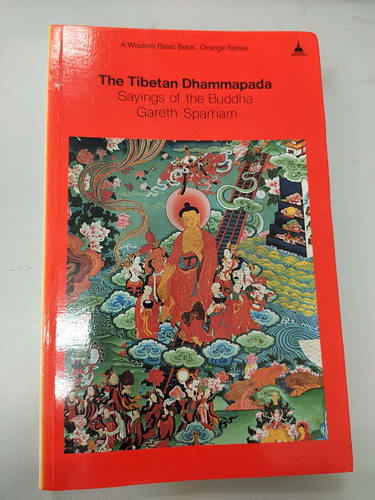 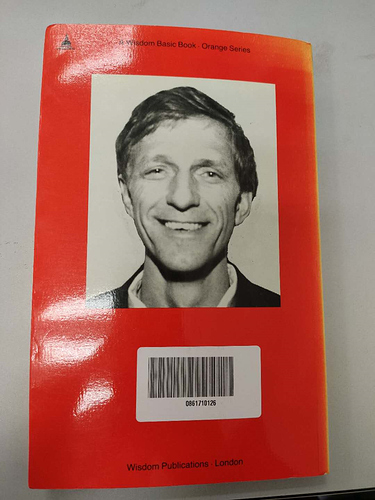 If you can convince Wisdom Publications to grant us permission, then yes! Otherwise, probably not…

Hello, Bhante, thank you for the reply.
Well, if you consider this as a book, then the publisher has the copyright.
But Dhp is actually a work of the buddhism.
We don’t need copyright to put Bible on SC, right?
SC is not making money from it!

The Dhp is indeed public domain.

This particular translation however is “a book” as far as the law is concerned.

If you don’t like it, I suggest lobbying the government or (as I mentioned above) Wisdom Publications.

Firstly, which government and which law? the UK or US?
Secondly, the original Tibetan Dhp is from 14th Dalai Lama’s monastery.
Is it possible that the Rinpoche grant SC the right to use this translation?

Every country1 and no.

Sorry, Bhante, my question is not clear enough.
Let’s say IF SC put this translation on its website, and Wisdom Pub. would sue SC.
In that case, which country’s law would WP adhere to and under which country’s jurisdiction?

WP is an American company and SuttaCentral.net is registered and hosted in the USA, so I’m fairly certain the case would be filed in the US and governed under US law.

Thanks a lot, Bhante. The book is published in Lodon.
But it won’t be a problem.

Let’s say the Buddha his holiness is still alive.
The Dhammapada is a work of Buddha, and the Buddha himself runs Suttacentral.
Someone translated Dhp into Tibetan, and another one translated it again to English and published with Wisdom Publications.
If the Buddha wanna put this English translation on SC for non-commercial reason, would WP have the right to sue him, the actuall author?
Now the Buddha his holiness is gone, so all his copyrights would subsequently go to his monasteries.
So, Bhante, as a Buddhist monk, you and every legitimate Buddhist monk should have the right to use Buddha’s words freely for non-commercial reasons.
I believe that’s your birth right as the successor of Buddha’s teaching.

If the Buddha wanna put this English translation on SC for non-commercial reason, would WP have the right to sue him, the actuall author?

Yes! The translator could sue the author for violating the copyright on her translation, since each “derivative work” has its own copyright.

So, Bhante, as a Buddhist monk, you and every legitimate Buddhist monk should have the right to use Buddha’s words freely for non-commercial reasons.
I believe that’s your birth right as the successor of Buddha’s teaching.

I think the Buddha’s words are humanity’s birthright as The Lord, in His Grace, taught the Dhamma with an “open hand” for everyone “in their own language.”

Sadly, what you and I think is basically irrelevant as far as the law is concerned.

If you want a freely available, modern translation of the Tibetan Dhammapada you’ll have to do what Ven Sujato did: learn the original language and make your own translation.

On the topic of Wisdom Publications and the profit they make on Dhamma, see attached the legal entity’s latest public accounts, dated as of December 2017.

As of December 2017, Wisdom Publications had a total of $1,190,350 stashed in the form of either cash or cash investments.

In 12 months of operation, the entity saw their net asses or funds increase by US$379,520. This increase is net of the payments made to the above individuals.

It always calls my attention the fact that Wisdom Publications apparently makes very little dana itself.

In 2017, the reported total made amount of donation and gifts given/offered was of only about $8,100 (eight thousand and one hundred dollars) .

This is a very small figure when compared to to the $161,000 they spent in travel, accommodation/occupancy, conferences, conventions and meetings in that same year.

For comparison, see the case of Pali Text Society (link) which does not make enough to cover its operating expenditures.