Hi forum , does both being different ? Does cittasaṅkhāro belongs to saṅkhāra aggregate ?

I’m not entirely sure what you are asking, but maybe this excerpt from Ven. Bhikkhu Bodhi’s essay on sankhara is helpful:

“ The third major domain in which the word sankhara occurs is as a designation for all conditioned things. In this context the word has a passive derivation, denoting whatever is formed by a combination of conditions; whatever is conditioned, constructed, or compounded. In this sense it might be rendered simply “formations,” without the qualifying adjective. As bare formations, sankharas include all five aggregates, not just the fourth. The term also includes external objects and situations such as mountains, fields, and forests; towns and cities; food and drink; jewelry, cars, and computers. 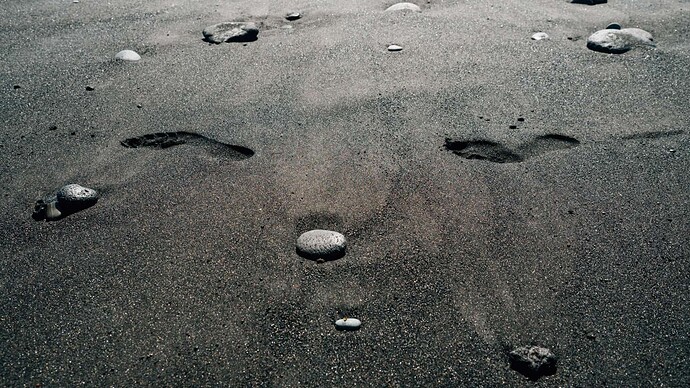 Bhikkhu Bodhi on the sankharas, those conditioned and transient phenomena of existence that are central to Buddhist philosophy.

The word ‘cetasika’ has the literal, (non- specialized Abhidhamma sense) of pertaining to the cetas (the mind) = ‘mental’

Does cittasaṅkhāro belongs to saṅkhāra aggregate ?

It appears not. Cittasaṅkhāro is defined as perception & feeling.

In comparison, kayasaṅkhāro is the in & out breathing; therefore would belong to the rupa aggregate.

the kammic volitions in the fourth aggregate

Hi , sorry i was asking the sankhara 4th domain of 5 aggregates . Whether cittasaṅkhāro can be covered by it . And why the term cetasika instead of mano ?

Cittasaṅkhāro is defined as perception & feeling.

Why isnt manosaṅkhāro ? The sixth of internal sense field is mano .

Cittasaṅkhāro is defined as perception & feeling.

There seems to be some confusion when combining the Pali and the English translation.

Is there something in the English translation quoted that seems unclear?

I get the sense that you are trying to glean something beyond what is stated here.

As long as there’s a mind, the intention that gives rise to mental action causes pleasure and pain to arise in oneself. But these only apply when conditioned by ignorance.

By oneself one instigates the choice that gives rise to mental action, conditioned by which that pleasure and pain arise in oneself.

Volition is generally related to mano

I mean there is no citta in the sixth internal sense field ?!

Without the Pali , one can says , perception feeling and volition are mental processes .

I mean there is no citta in the sixth internal sense field ?!

Citta is a sense object of mano sense organ, such as in MN 10:

And how does a mendicant meditate observing an aspect of the mind?

Yes, this is the English translation of the Pali

Without the Pali , one can says , perception feeling and volition are mental processes .

No. It all depends on how cetasika is translated. Cetasika can simply mean ‘mental factor’, i.e., something the mind depends upon. This does not automatically make cetasika to be sankhara aggregate. In Abhidhamma, perception & feeling are two of 52 cetasika.

Citta is a sense object of mano sense organ, such as in [MN 10]

If that is so , it means feeling perception are mano sense objects but volition (4th sankhara) isnt ?

If that is so , it means feeling perception are mano sense objects but volition (4th sankhara) isnt ?

one can says , perception feeling and volition are mental processes .

I can’t really imagine them being other than mental processes. What else might they be?
Can they be thought of as bodily processes??

Anything mental (feeling, perception, sankhara, consciousness) can be a mano sense object.

This doesnt answer the question , that why cittasaṅkhāro didnt cover volition which is mental processes ? And the term citta instead of mano ?

It seems cittasankhara means what conditions the citta. For example because of feeling & perception, the citta thinks, has greed & proliferates:

When you experience a pleasant feeling, if you approve, welcome, and keep clinging to it. So the underlying tendency to greed underlies that.

When you experience a painful feeling, if you sorrow and wail and lament, beating your breast and falling into confusion, the underlying tendency to repulsion underlies that.

The above is the first thing I ever learned in Buddhism in the first Dhamma talk I ever listened to.

This doesnt answer the question , that why cittasaṅkhāro didnt cover volition

That cittasaṅkhāro is “volition” seems like an interpretation. It is the standard Theravada interpretation. However, based on the EBTs, this interpretation is questionable and subject to debate. For Bhikkhu Bodhi and most of Theravada, cittasankhara means “volition”. This is also the Abhidhamma view and I assume also the Commentary view. The Buddha never taught Dhamma is a dogma. The responsibility falls upon you to study and realise, as the Buddha taught. With metta

It seems cittasankhara means what conditions the citta. For example because of feeling & perception, the citta thinks

You mean feeling perception are not citta itself , where citta is taken as mano ? What different then with citta and thinking (assuming is 4th aggregate)?