The moderators & @Ceisiwr agreed to move a number of posts to a new thread, as it felt very inappropriate to wedge a discussion of the rights and wrongs of climate change into a thread set up to express sympathy for loss and grieving.

And now that the topic has been separated off from the sympathy thread, I wonder how much relevance these questions have to this forum; so I’ve chose the title Climate Change, Climate Denialism and Buddhism for the thread: in the hope that those who contribute further may be able to place matters into a broader context that can make the relationships clearer, especially the implications for Buddhist practice.

It’s a consequence of changing rainfall patterns as well as hotter, dryer weather, yes. Californian forests suffered a large die off during the long running drought that didn’t break until the last year or two. It’s part of a larger pattern of droughts in western North America. In other places, like the Upper Midwest, the climate has become wetter in summer and warmer in winter, upending farming seasons. It’s definitely something that’s happening.

Well that’s a hypothesis. Can you link to any studies or data?

2018 Indicators of Climate Change in California

Thanks. I’ll have a look. I should say I’m not asking for evidence of climate change per se. It’s more rather if these specific fires are due to it. It is entirely possible for climate change to be true and for these fires to not be caused by it.

That’s okay, I don’t mind in the slightest.

I’m not asking for evidence of climate change per se. It’s more rather if these specific fires are due to it.

This is probably not an answerable question. Modelling of these issues (and many other complex issues) is about probabilities not detailed causality.

Well is there anything which gives us the probability?

Skepticism can indeed be ill-motivated and should not be allowed to paralyze action. However, putting much faith in worldly ways to tackle issues is unwarranted.

Compare the environmental impact of having a sustainable “theme”, some cause that people needs to work towards: 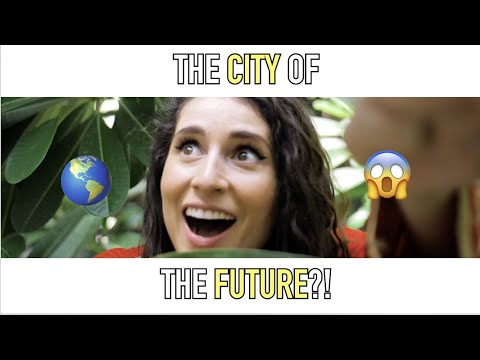 With living a wholesome life, in touch with nature 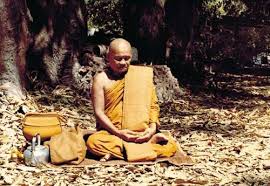 It is entirely possible for climate change to be true and for these fires to not be caused by it.

Here’s a local story that presents data from sources like the U.S. Forestry Service about the situation.

Here’s a video produced by Cal Fire about it from 2017, too.

Also, if you find CalFire updates about ongoing fires and listen to them, they make it clear how much weather conditions play a part in whether a fire spreads uncontrollably or not. The heat waves this year have been contributing to the size of the fires. We were hitting the 110s F across the state when many of the big fires started. Just last weekend, a city in LA hit 120F, the highest recorded temp ever in the area (that’s 49C for everyone outside of the US).

But what are the implications for Buddhist practice?
(See my remarks in the new OP.)

It makes the urgency of practicing almost palpable - only instead of mountains, it’s extreme weather and fire: The Similie of the Mountains. All I can do is become less greedy, aversive and ignorant and act accordingly. Consume less, have greater respect for all living things. Maybe it will influence others too. For those so inclined there is activism. Arguing about it and trying to change people’s minds is the least helpful thing in my experience.

Here at the Monastery at the End of the World we often think about the implications of climate change for Buddhists and how it informs our practice.

Bhante Sujato has done some writing here and some research here actually not just some research but a jolly lot of research which is pretty hefty and somewhat heavy going… It doesn’t reference Buddhist texts but then many of his publically available talks on this issue do.

I’ve written a few essays related to these issues:

*A Buddhist Guide to “Surviving” the Apocalypse

*The End is Nigh

*On a Mountain of Bones

In these essays I use the EBTs as a sort of anchor point to think about climate change and other disasters, (and our own mortality more generally) and ask how we should respond as Buddhists.

The title can lead to wrong conclusions if understood as “false dichotomy”. Falsifying is integral to the scientific method, so not every expression of doubt is necessarily an act of denial, nor every act of believing has to be free from denialism. Denialism, obviously, can go both ways.

Buddhism from beginning to end does not encourage denialism or escapism. Going against the grain involves paying attention to what we habitually over look and a gradual departure from naive realism. As the middle path, Buddhism teaches that believing or non believing are not necessarily the crux of the matter, but the mindset behind our choices is of a great importance.

Should we begin by going against the grain of worldly ways? How can climate activism be deluded, harmful and leading to more suffering?

Venerable Anālayo wrote a book last year on this very subject of how to apply the teachings of the early discourses to the topic of climate change. The book is free for download, as are the guided meditations he offers on the subject. You can find both here: Mindfully Facing Climate Change

Here’s the table of contents for the book:

From the heart perspective climate change is of course very importaint issue, because a lot of animals, insects, humans and generally all beings on earth suffer deeply because of it. And more suffering will come. So out of compassion for ourselves and other beings we should care about it.

On this site there is also a talk between Bhikkhu Analayo and Joseph Goldstein, discussing importance of trying to stop/mitigate climate change from early buddhist as well as modern buddhist perspective:

With Metta for all beings on planet Earth

Seems like we posted same book at the same time.

I’ll leave my post due to link to discussion.

He did indeed. He also has this online free course, Mindfully Facing Climate Change with Bhikkhu Anālayo, which includes a discussion with Joseph Goldstein and some very dense guided meditations.

I don’t debate climate deniers. If you can’t convince someone with Scientific data, let alone personal observations over a lifetime, they pretty much don’t want to be convinced.

Just Take a walk On a busy street as an asthmatic and decide for yourself if fossil fuels are a good thing. Or see the reefs near your favourite beach slowly bleach away. Or large clusters of trees dying back for no obvious reason on your favourite hiking trail. The evidence is overwhelming even in your own backyard.

Regardless of the science ( Most of which is sound in my assessment), my perspective always stems from compassion, to myself and those beings( human and otherwise) around me.