Hi, I have a topic I read about and think about lately, which is very important to me, but not easy to pin down exactly what it is about. I’ll try my best here:

Since I discovered the dhamma, I had very high faith, because in its essence it’s the only thing in the world that makes sense. And when I discovered the teaching about faith-followers it provided much relief. But the problem is lately I have doubts about:

1.: If the buddha is omniscient, and if he really remembered eons of past lives.
2.: If I can trust in some teachings as faith followship for example.
3.: Why there are so many suttas that are in odds with science.
4.: Why there are contradictions in the suttas
5.: Even if nibbana and rebirth is true, after all it could be possible that after death its simply over. ( I still find rebirth and kamma more likely but my faith is not 100%)

What I don’t doubt is:
1.: The Buddha had no more dukkha.
2.: The Dhamma is beneficial and wholesome.
3.: Samsara (or even this one live alone) is dangerous.
4.: Bliss is possible

I hope I find answers to my questions and either dissolve my doubts or the opposite.
Please all be friendly and understanding, I had bad experiences in other forums with people who just wanted to “win” the discussion before, we are all friends in the dhamma here.

All the best to you.

1.: The Buddha had no more dukkha.

The buddha had dukka even after the enlightenment.

There are many occasions found in EBTs about the Buddha being sick.

At one time the Buddha was staying near Rājagaha, in the Bamboo Grove, the squirrels’ feeding ground. Now at that time he was sick, suffering, gravely ill (SN 46.16).

And there are occations that the Buddha being wounded (byādhipi dukkho).

Now at that time the Buddha’s foot had been cut by a splinter. The Buddha was stricken by harrowing pains; physical feelings that were painful, sharp, severe, acute, unpleasant, and disagreeable ((SN1.38).

However, the Buddha has no worrying about what happened. He has already understood the fore noble truths where he has no kāma rāga paṭiga. He do not have an attachment towards the body.

But he endured with mindfulness and situational awareness, without worrying (SN1.38).

This is further explained in SN12.51.

Suppose a person were to remove a hot clay pot from a potter’s kiln and place it down on level ground. Its heat would dissipate right there, and the shards would be left behind.

In that way the buddha has no suffering. Apart from that there is bodily sufferings due to diseases, wounds, aging etc is there.

And he was a human who is getting old same as others (jarāpi dukkhā).

1.: If the buddha is omniscient, and if he really remembered eons of past lives.

Is The Buddha an Omniscient? Discussion

MN 71 says the buddha is not omniscient while walking, standing, sleeping, and waking. Sir, I have heard this: ‘The ascetic Gotama claims to be all-knowing and all-seeing, to know and see everything without exception, thus: “Knowledge and vision are constantly and continually present to me, while walking, standing, sleeping, and waking.”’ I trust that those who say this repeat what the Buddha has said, and do not misrepresent him with an untruth? Is their explanation in line with the teaching?…

Yes, the Buddha had dukkha. It was unfortunately written by me, I should have written, he had no greed, hatred or delusion. (delusion I doubt a bit)

I meant the kind of omniscience where the Buddha can know everything which he puts his mind to.

I meant the kind of omniscience where the Buddha can know everything which he puts his mind to.

It seems kind of possible eventhough some people do not want to believe it. The buddha could see past present and the future according to EBTs.

2.: The Dhamma is beneficial and wholesome.

Probably a bit too general.
Maybe rather: ‘Among those seeking liberation many will find inspiration and guidance in the Dhamma’

Some Dhamma is better suited for future teachers, some for students.

5.: Even if nibbana and rebirth is true, after all it could be possible that after death its simply over. ( I still find rebirth and kamma more likely but my faith is not 100%)

There are number of recorded cases on rebirth. Buddhist idea of rebirth is not reincarnation, it is called punabbhava (rebirth).
You can read about Dr. Ian Stevenson’s Reincarnation Research

The 10 lives of Joey Verwey: What the experts say… 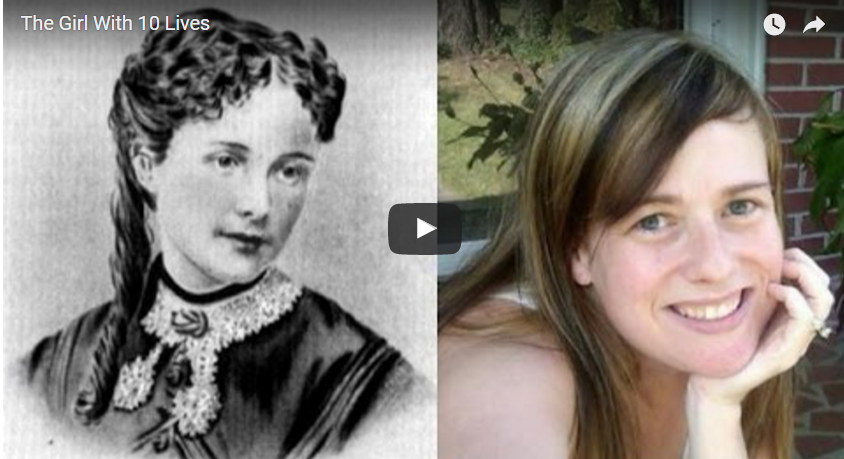 Since Joey Verwey was just three years old, she was telling her family amazing stories that she was able to remember from her previous ten incarnations.

However, knowing about realms other than human and animal realms is not pssible with our bare senses or machines developed so far.
We cannot prove something that is undetectable, it is highly ambiguous. One can say it is there, and one would argue it is not there; those are just theories.

Since we cannot sense those realms we can get a general idea about them using state of mind. All 31 realms on the world (cakkavāla) is divided according to state of mind that beings have.
There are suttas explaining how they are reborn in those realms.
Then there is this knowledge of recollecting past lives.
Some people believe all knowledge is stored deep in our subconscious but because we have not sufficiently developed our brain we are only able to access a very small part of our memory (ref). But according to EBT there is no particular explaination of memory. However, some schools yogacara ans sarvastivada had above belief.

Can you memorize the time when you were in the mothers womb? You cannot. Similarly you cannot remember your past lives. However, if you develop pubbenivasānussati you can see past lives.

Main problem here is that these things are beyond our senses. So there is no other way to go along with the dhamma without having faith.

Hi Andrej!
I wonder if you’ve read ‘The questions of King Milinda’?
In this series of answers by the monk Nagasena to questions posed by the Greek king Menander I, a large number of common dilemmas (such as yours) are analysed and suitably answered.
You can find it in book form here
Worth a read!

1.: If the buddha is omniscient, and if he really remembered eons of past lives.

The Buddha knew more than I do and everything I’ve learned has helped me. This gives me faith to study further. To know if the Buddha is omniscient or not would require me to be omniscient, which feels a bit off.

I have difficulty remembering what day it is sometimes let alone past lives. However, the suttas feel oddly familiar. Reading the EBTs felt like coming home.

2.: If I can trust in some teachings as faith followship for example.

I study the suttas that are verifiable by me personally (I call that science). The others are above my pay grade.

4.: Why there are contradictions in the suttas

The only contradictions I have found during EBT study were in my head. Inevitably, upon reflection, my head changes to accommodate a broader understanding. I suppose we could call that brainwashing.

5.: Even if nibbana and rebirth is true, after all it could be possible that after death its simply over. ( I still find rebirth and kamma more likely but my faith is not 100%)

Practice for non-return. Then you won’t get a headache.

This is a lot to dive into; nonethless, it is important to note that there is a lot of metaphor in the suttas.

A lot of what is discussed in science or whatever, is ignorant of 4NT. Therefore, not really helpful in the development of the Dhamma. Whether it is true or not true (creator “God” real or not for example) is not relevant to our practice.

Thanks, I will read the questions of King MIlinda.

The sutta in your link says:

I don’t see how this would be contradicted by any finding of Ian Stevenson. His research was concerned with humans who believed they could recall a past life as a human. He didn’t get the opportunity to interview any denizens of hell as far as I know.

To be honest much of science is at odds with science. That’s really how science works. There are often refinements in understanding leaving a previous theory fundamentally intact for some time - just knocking off a few rough edges. But eventually over time the original theory is shown to no longer hold as a reasonable explanation. We also get huge areas where science is at odds with itself waiting for a better explanation. You’ve probably heard of the biggest example which is general relativity vs quantum mechanics. Two very different views of reality.

The important thing is to release the views we cling to…whether rooted in the research of some Dr. Genius or something held in common agreement.

@Stu
Yes, but the suttas about mount sineru, about the chakkavati, about touching the sun and the moon with the own hands, about other buddhas in india, where india is like the india in buddhas time but people live 80.000 years, the evolution where the people eat the ghee like structure on the earth and become gross beings, and the sutta about the seven sons destroying earth are so much ad odds with science that it is about 100% sure that they are wrong.
And there are probably many suttas that I don’t even know of.
But where are the suttas in which the buddha talk of such subjects and which are fitting with modern science?I know not even one.

about the seven sons destroying earth

Important once again to understand that much of the teaching is in metaphor.

the sutta about the seven sons destroying earth are so much ad odds with science that it is about 100% sure that they are wrong.

Important once again to understand that much of the teaching is in metaphor.

I made my point about seven suns few times in the forum.
Anyway we do not have any idea about the possibilities in the universe. There is a higher probability of this kind of a situation with Andromida-Milkyway galactic collision.

The Andromeda–Milky Way collision is a galactic collision predicted to occur in about 4.5 billion years between two galaxies in the Local Group —the Milky Way (which contains the Solar System and Earth) and the Andromeda Galaxy. The stars involved are sufficiently far apart that it is improbable that any of them will individually collide. Some stars will be ejected from the resulting galaxy, nicknamed Milkomeda or Milkdromeda (Wikilink).

This is one possibility that the rise of seven suns really would occur. Galactic collision is not something which occur within a short period of time. When the galaxies come closer there is a higher chance of meeting number of stars which can also be considered as suns; galaxies are consists of hudreds of millions of stars. When the collision occurs rise of seven suns would really be possible.

Collision of two stars in the galactic collision is far lesser and therefore above event predicted in the sutta might not just be a unsubstantiated speculation. Infact it may be a forseen event that will really going to occur.

The scientists say that the stars are so far apart that that it doesn’t affect our solar system.

Scientists predict the future, and Buddha predicts the future as uncertain. Who should one listen to?