(May I suggest we stop giving advice as to what constitutes “breaking Vinaya” and helpful suggestions for what they can do? They know what they are doing, and have asked us for their help in doing it. Let us help them!

Object. A caravan of thieves, according to the Vibhanga, is any group that has
committed a theft, is on its way to commit a theft, is planning to evade a tax, or is
planning to “rob the king,” which the Commentary translates as planning to
cheat the government in one way or another. At present this would include any
person or group of people smuggling or trading in contraband goods.

I have taken the liberty to share this thread on an Eastern Orthodox fb page I am currently in. It is a page friendly to other religions and who for the most part are friendly to Ukraine. Maybe someone in there has connections to orthodox monastics or churches in Ukraine who would be receptive to the needs of these monks. It’s a long shot. But it’s an lgbtq orthodox page that is run by a former priest with connections to Ukraine. I know there is a history of inter religious dialogue among monastics across religious traditions. So hopefully someone in there has helpful connections.

Thank you! At this moment anything is worth a shot. I just made a public post on FB about the situation, with those photos I posted here earlier, all with the permission from Ven. Thithidhammo. I think this is a critical moment, so any help is very appreciated! Sadhu!

Just to clarify, it sounds like the current project is to get them out, correct?

And also for clarification, is it the intention of the monks to leave Ukraine? Or is that more a project of your group? I ask because it’s not 100% clear from reading through your posts. The quote you give from one of the monks really only addresses his feelings around leaving illegally (which are wise and well considered).

[…] because our situation is no different from the situation of millions of Ukrainians, and those who are now in shelled cities. Thirdly, because I, as a monk, do not have those negative emotions towards the Russian people that many have now. These are people who demand kindness and compassion in equal measure. The opinions of some commentators on the site (where You posted information about us) that we can take weapons are absolutely unacceptable to me. This is not acceptable for a monk.
I am also grateful to everyone who seeks to help us, including to leave the country, and if such a legal situation presents itself, I will not oppose it. But I do not build illusions from this and do not worry about the result.
If You want You can place whatever you consider useful in FB through buddhist communities

Thank you! It might be good to make some clarifications in your original post so everyone understands the position of the sangha. I was under the impression that their highest priority was to leave the country, however this is clearly not the case.

I appreciate the work that you are doing. It’s a huge merit, caring for the sangha.

Hey, not sure how to rephrase it and where is this misunderstanding. I want to clarify, for sure, and I can edit the original post. If you could point it or quote, so that I could change or rephrase it - would be helpful. I did write that it is “we” - meaning Polish Theravada Buddhists, of course. I also do not want to rephrase it so that it would sound like “we” are the only ones trying to save monks, that would not be helpful, I think. Any suggestions where and how to rephrase original post? Thanks in advance.

I think first and foremost, just ask the Ukraine border guards if Buddhist monks are allowed to go out of the country legally.

I don’t see any place where outsider help would be needed.

Has it be asked? Are you asking for help from us to draft a letter to ask in the nicest possible way? Or else, too many cook spoils the soup. It’s clear from their statement that these are the only 2 options they are willing to consider.

@NgXinZhao - yes, it has been done, most probably border guards would turn them away, as they would not recognize Buddhist monks in them (there are approx. 4 in the whole country) because they wouldn’t know who they are. BTW - monks are not going outside the building right now, cause of their strange robes, but this is a story maybe one day Ven. will tell. There is no 0-1 situations, we want to create an exemption for them, that is why we are turning to Sri Lankan Embassy, so that they would influence military offices/or higher to exempt (by name) those two monks from military service. We have send the passports of these two monks already to the SL embassy. I could sit around and do nothing, but this is not in my nature, especially that these are our neighbors, our brothers, our Venerables. I hope our help is needed.

So I take it that they haven’t asked yet. And your effort is to try to make the asking in such a manner which makes it more likely for them to allow legal crossing.

Since the Sri Lanka embassy is on the case, we have nothing else to do here then. Just maybe you can update us the news as it comes.

Not sure about you, but I tend to do brainstorms about other ways & solutions, and not put all my money on one horse, waiting for luck or universe to solve all the problems. Anyway - I feel like I am doing sth wrong now, trying to help the monks. Not a great feeling, but I’ll manage.

Oh, don’t take this as obstacle. It’s just helping to clarify the situation.

If they don’t go and ask, they would not know. How can 100% be attained? Someone else has to ask. Don’t need to get the monk’s in front of the borders to ask.

So are you hoping for the embassy people to ask on behalf first?

Having many plans is good, but we can only execute one plan at a time right?

Having many plans means seeing if plan A fails, what’s the next step. So in this sense you’re still open to new ideas from here?

Or is it that you’re hoping to get more ideas, then select which ones to be plan A, plan B etc?

I’d say that the most important thing would be trying to find some layer skilled in ukrainian religious law. I think that the biggest problem is that those monks are not recognized there as clergymen, in their law they’re just lay man who have to defend the country… maybe there is some Buddhist community in Ukraine who might help? Or maybe some polish one could help? I’m just speculating, asking lawyers would be best. 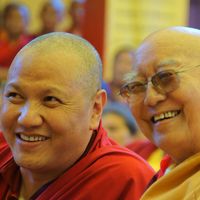 Here is private profile of Lama Rinchen, a Polish lama who I think would like to help if presented the situation:

If you wish I can write to him to ask him to look into the situation and to talk with you.

Or you can just write to him directly, he’s very dedicated to all Buddhism in general.

I remember him saying that for him monks/nuns from all traditions are children of the Buddha or something like that.

I just found this. It might be worth checking if these exemptions are still valid while evaluating alternatives:

Sources state that the Ukrainian military allows for alternative service for conscientious objectors (US 14 Oct. 2015, 5; UN Sept. 2015, para. 36; Equal Rights Trust Aug. 2015, 192) based on religious grounds (ibid.; UN Sept. 2015, para. 36). According to information posted on the website of the Ukrainian Ministry of Foreign Affairs, Article 35 of The Constitution of Ukraine states that

The 2004 summary version of the 1992 Law of Ukraine “‘On Alternative (Non-Military) Service’,” as found on the website of the Institute for Religious Freedom (IRF), a Kyiv-based human rights NGO that assists “in the realization of freedom of conscience, religion, beliefs and other related human rights…and dissemination of information on the status of the law and religious life” in Ukraine (IRF n.d.), states that

[c]itizens shall do alternative service on the enterprises which are in state or communal ownership or dominant part in the state fund of which is in the state or communal ownership. Activity of such enterprises shall be related to social protection of population, health protection, environmental protection, building, housing and communal services, and agriculture. Besides, alternative service may be conducted in medical attendance service in Red Cross organizations of Ukraine. Labour relations between the citizen who does military service and enterprise shall be maintained on the basis of written fixed-date labour agreement. (Ukraine 2004)

Further information on the details of alternative non-military service could not be found among the sources consulted by the Research Directorate within the time constraints of this Response.

Organizations to direct resources to Ukraine: 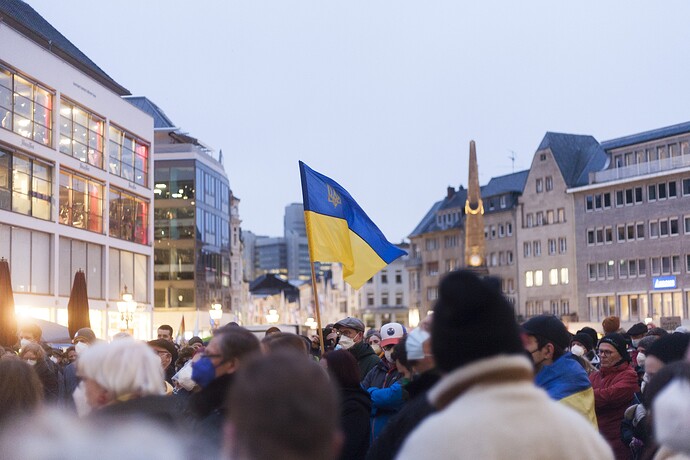 Resources to Help in Ukraine

By BGR Staff Like many of you, we at Buddhist Global Relief are closely following the invasion of Ukraine. Because BGR is not an emergency aid organization and does not have projects on the ground in this area, we are not directly able to...

@Har-Dao You did not contact the Polish transport ferrying evacuees from Kiev to Lviv. The window of opportunity is closing.

Which Vinaya rule specifically would this break? I’m aware of no rule against trespassing and there are in fact a few allowances for “fleeing an army”

This is relevant because it shows preoccupation with monastic ritual rather than focussing on the practical exigencies of escape from danger.

Quick update to anyone interested: Bhante Thithidhammo left Kiyv for a safe place today, Bhante Ratanasila stayed in Kyiv, that was his choice and intention.