How do I ensure I don't destroy my knees during sitting meditation?

Recently watched a video with Ajahn Sujato who talked about how he had both knees operated on because of meditation.

I am not a very flexible person (Can’t do full lotus), I do a variation of the half lotus. I am extremely comfortable in half lotus when I use a pillow as lumbar support against a wall. But I want to move towards sitting meditation without having to rely on a wall for support.

I know people will say just practice sitting on a chair, but I have a wish to ordain and I want to ensure I am capable of having deep meditation while sitting on the floor as practices by most monks and nuns.

Just some YouTube videos for sharing here, hope they are somewhat useful for your case: 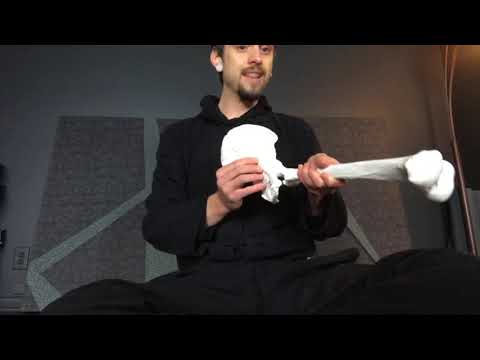 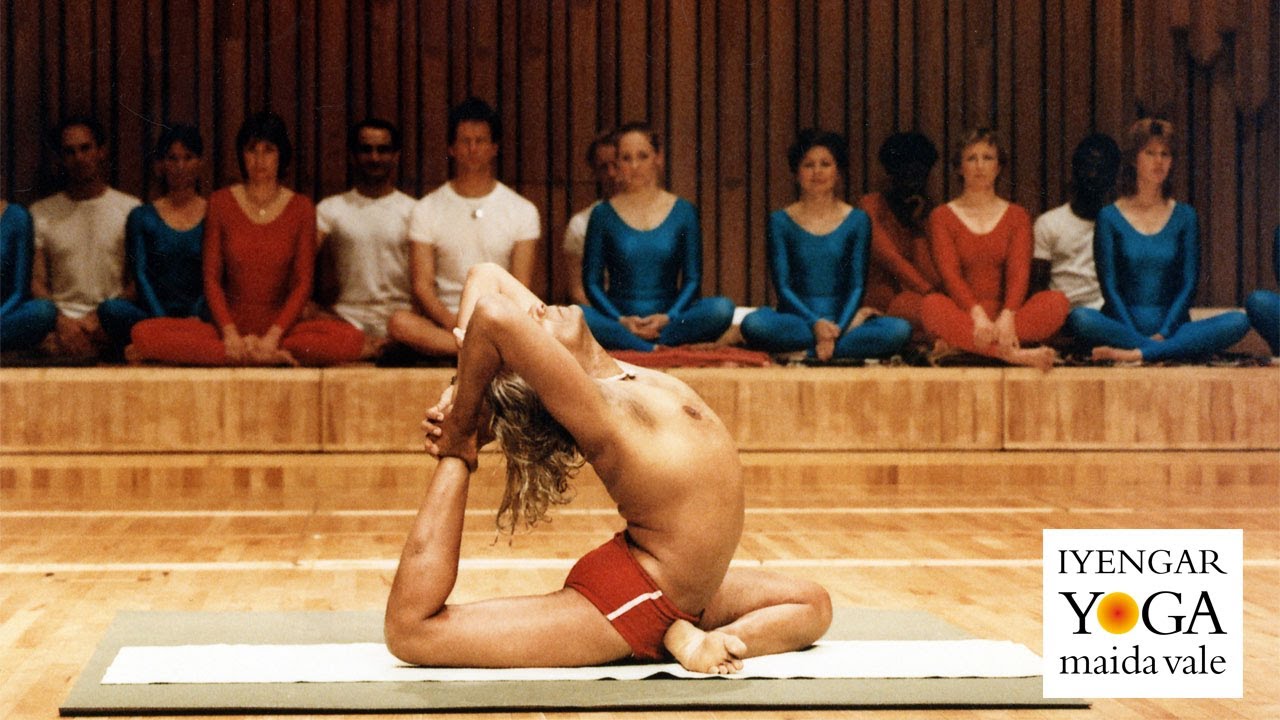 I am not a very flexible person (Can’t do full lotus), I do a variation of the half lotus. I am extremely comfortable in half lotus when I use a pillow as lumbar support against a wall. But I want to move towards sitting meditation without having to rely on a wall for support.

I think the important thing is a comfortable, upright, posture, and not damage anything. This is possible on a chair, but I find the stability of being on the ground helpful.

Personally, I use what is often called “Burmese” (see for example:
8 Best Meditation Positions // Skeptic's Path, Learn How to Meditate - Zen Meditation (Zazen) Instructions - Mountains and Rivers Order). Being not super flexible, I need a cushion to sit on, and from experience I’ve found that to prevent joint stress and be comfortatable I also need a small cushion, or folded blanket, under one of my knees and another cushion on my feet to support my hands., otherwise my shoulders get pulled down (I have one hand on top of the other).

Very good! Especially the fifth to eighth minute of the third video.

Especially the fifth to eighth minute of the third video.

Also there are many very good articles on the internet about the connection between the main breathing muscle, the diaphragm, to the hip flexor muscle, the psoas. There is probably more at risk/stake than merely destroying your knees.

I am extremely comfortable in half lotus when I use a pillow as lumbar support against a wall. But I want to move towards sitting meditation without having to rely on a wall for support.

One of the reasons for needing support for the spine in the lotus position is poor back muscles. Western lifestyles ( comfortable chairs!) have reeked havoc on our posture. But that doesn’t mean we can find a quick fix or push ourselves beyond what our bodies are capable of (would you attempt to deadlift 100kg after a few weeks of practice?)

Bhante G took to learning to sit in full lotus in his late 70s or early 80s I think, so it can be done. He’s 94 now! But please, please never rush these things as you can badly get hurt

. We all have different bodies.
My posture improved in leaps and bounds when I’m practicing yoga regularly. If I’m lazy and give it up because of time etc, I always can’t sit lotus ( full or half) for long.
I’m still trying to perfect my bhadhakonasana and sarvangasana, and I’ve been doing this for so long

. If I don’t prep enough, I inevitably pull something.
As with everything, practice, practice, but in small increments. But know your body and its limits!

Bhante Yogavacara Rahula has some great advice and tips… 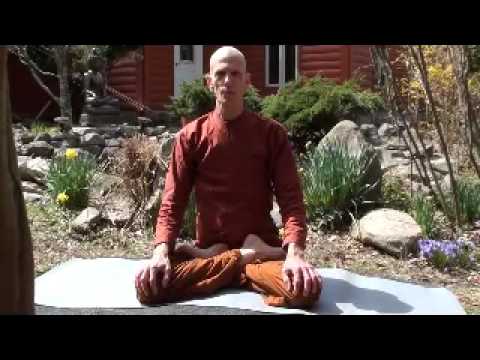 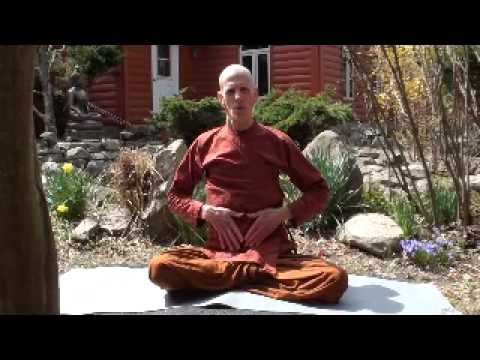 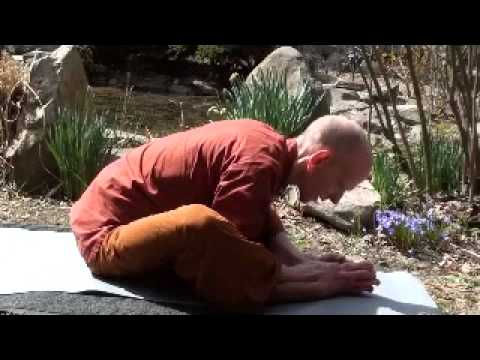 It is correct to not rely on a wall for support.

I’m not sure where this advice comes from originally. We certainly don’t see it in the suttas. And one could easily make the argument that the whole “sit at the root of a tree” thing was so you could lean back against the tree. And depending on the type of tree, there might even be a natural curving at the lumbar. But, yes, not needing a tree is a plus.

Came here to say this. I found that some mild strength training (just using your own body) improved my ability to sit unsupported.

So having said all that, I want to point out that not all monastic communities a) require you to sit on the floor and b) have public group meditation as a major part of the lifestyle. And personally I would seriously have doubts about any community that made sitting on the floor without any back support a requirement for joining. Double that for any community that prioritized one particular posture at the risk of bodily harm.

I’m not sure where this advice comes from originally. We certainly don’t see it in the suttas.

Hi. I counted the following found in at least 64 suttas.

It’s when a mendicant has gone to a wilderness, or to the root of a tree, or to an empty hut. They sit down cross-legged, with their body straight, and establish mindfulness right there.

But there is no reason your back can’t be straight leaning up against something! That’s my point. There is nothing in the suttas that says this can’t be accomplished with your back touching something. Obviously you can slouch against a wall. But you can also be quite uju while pressing against something.

I’m not pro-wall sitting. But I am against adding in requirements that aren’t in the suttas. Especially when it makes people believe that what they are doing is somehow less-than. Just feels like meditation gate keeping to me.

They sit down cross-legged, with their body straight,

You can’t get your back much straighter than sitting against a straight wall. Straight back does not equal no support. Easiest way to maintain a straight posture and not slouch is to use a back support. Ajahan Martin in a recent zoom call was asked this very question and he confirmed that there is nothing wrong with using a back support. In fact, he uses a back support during his dharma talks.

In fact, there are several discourses that describe the Buddha himself sitting against a pillar in a building, either in meditation or addressing the monastics and/or laypeople.

Then King Ajātasattu, having gone by elephant as far as he could, dismounted and approached the door of the pavilion hall on foot. Having approached, he asked Jīvaka: “But where, Jīvaka, is the Exalted One?”

“That is the Exalted One, great king. He is the one sitting against the middle pillar, facing east, in front of the company of bhikkhus.”

King Ajātasattu then approached the Exalted One and stood to one side. As he stood there surveying the company of bhikkhus, which sat in complete silence as serene as a calm lake, he uttered the following joyful exclamation: “May my son, the Prince Udāyibhadda, enjoy such peace as the company of bhikkhus now enjoys!”

This video is my contribution to the thread.

I’ve spent a lifetime never feeling completely relaxed at the base of my spine, no matter how much I stretched. I’ve also never been able to preserve the curve of my lumbar region when sitting on the floor because I couldn’t roll my pelvis forward enough. That is very necessary for avoiding a back ache when sitting cross legged for a long time. Per the other videos the hip rotation necessary for the lotus position is involved.

One day I had a chat with a physical therapist while they were working on me and they told me that my butt muscles were too tight. I never heard of stretching out the glutes and the piriformus. I eventually found this series of stretches. The mobility gains in my hip joints, and relief of tension around my lower back, have been wonderful.

with “nissāya” meaning “using as one’s support” or “leaning against”.

Hi Christopher. Best wishes with the above & not falling asleep. Possibly, the Turkic invasions of India may have destroyed all of those Buddhist temples that must have been build like the Parthenon so to support all of the monks meditating using pillars as supports? Seriously, I cannot imagine the exalted Sangha of the Suttas leaning against walls. Possibly the text is being translated & interpreted too openly. 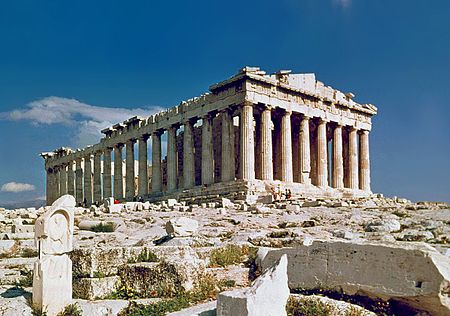 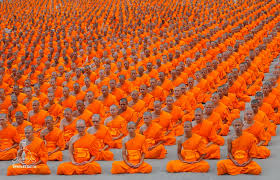 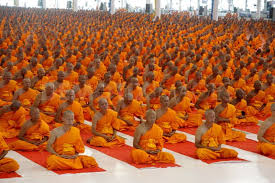 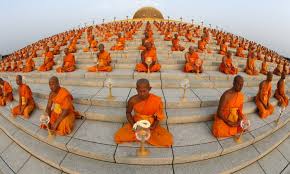 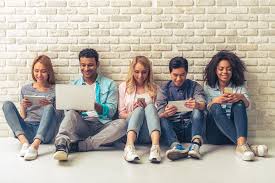 Then the Buddha robed up and, taking his bowl and robe, went to the new town hall together with the Saṅgha of mendicants. Having washed his feet he entered the town hall and sat against the central column facing east.

The Saṅgha of mendicants also washed their feet, entered the town hall, and sat against the west wall facing east, with the Buddha right in front of them.

The Sakyans of Kapilavatthu also washed their feet, entered the town hall, and sat against the east wall facing west, with the Buddha right in front of them.

So we are concluding all the people in the narrative above were leaning against a wall or pillar?

Get a Seiza bench. I use the Pi bench. Very well made and easy to get on and off. I am 60, so that matters. I have not had knee or hip pain since.

So we are concluding all the people in the narrative above were leaning against a wall or pillar?

Why not? That’s exactly what happens in Sri Lanka. 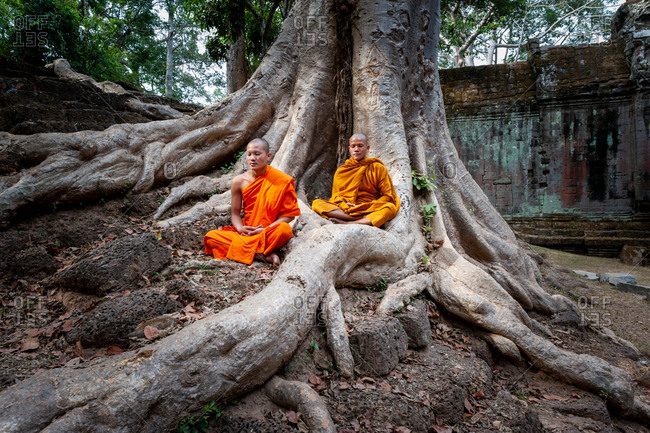 I guess these guys didn’t get the message. Looks like they are using that tree for back support.

I’ve seen “chairs” for meditation that are just a tight cloth wall you can lean back against while sitting on the floor.

Why not? That’s exactly what happens in Sri Lanka.

Hi Christopher. Best wishes with the above & not falling asleep.

Hi CurlyCarl. It seems that if mindfulness and samādhi are well developed, falling asleep isn’t a problem in any of the postures.

Possibly the text is being translated & interpreted too openly.

That is indeed a possibility.

I can see this as a possible interpretation too. The examples listed after that definition are all later – it would be interesting to see how it’s most often used in the four main nikayas, at least in the context of the physical environment (I think it’s most often used to talk about relying on certain spiritual qualities).

Well, I’m not voting against you. I much prefer to consider and explore than to take a definite stand.

Those who have difficulty with the various cross-legged postures may find encouragement in the story of Pīṭhābhaya Thera, as reported in the Visuddhimagga’s description of the sitter’s dhutanga practice.

The sitter can get up in any one of three watches of the night and walk up and down: for lying down is the only posture not allowed. These are the directions. This has three grades too.

As soon as any one of these three lies down, his ascetic practice is broken. This is the breach in this instance.

The benefits are these. The mental shackle described thus, “He dwells indulging in the pleasure of lying prone, the pleasure of lolling, the pleasure of torpor” (M I 102), is severed; his state is suitable for devotion to any meditation subject; his deportment inspires confidence; his state favours the application of energy; he develops the right practice.

The adept that can place crosswise
His feet to rest upon his thighs
And sit with back erect shall make
Foul Māra’s evil heart to quake.

No more in supine joys to plump
And wallow in lethargic dump;
Who sits for rest and finds it good
Shines forth in the Ascetics’ Wood.

The happiness and bliss it brings
Has naught to do with worldly things;
So must the sitter’s vow befit
The manners of a man of wit.

This is the commentary on the undertaking, directions, grades, breach, and benefits, in the case of the sitter’s practice.