How to handle pests

Here in the US there are destructive and dangerous pests such as rats, mice, carpenter ants, wasps, hornets, gophers, moles, voles, pigeons and such that can plague buildings and living areas. I don’t know what kinds of pests are encountered in Asia and Australia.

What to lay people and monastics deal with pests in a way that keeps the precept of non-harming??

Hi! Maybe this can help: 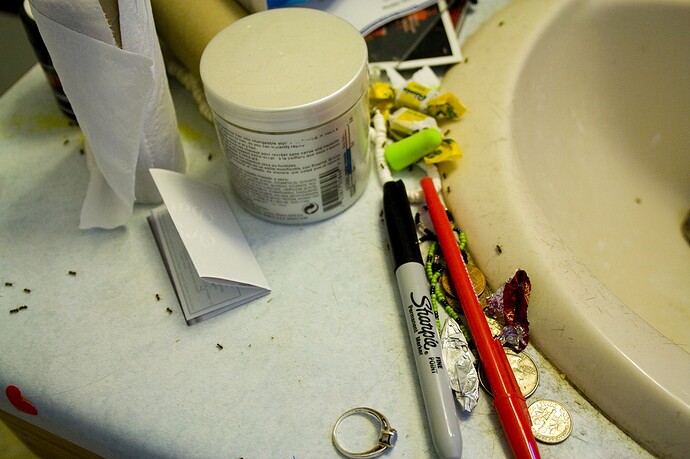 How to Get Rid of Pests and Bugs the Buddhist Way

Kill that impulse! Here are compassionate Buddhist solutions for your favorite pests, without killing them.

In addition to this, I’ve found that peppermint oil also helps with spiders, too. I initially let them hang out, but then they started reproducing and things got uncomfortably crowded. I was seeing new spiders daily, and lots of little ones popping up. It was a matter of time before things became unpractical. Not a single spider in sight after I started spraying the oil around.

Bayleaves in cupboards keep cockroaches away.
Humane traps and relocation for rodents.
Call the handler for snakes.
No gophers in Australia.

There seems to be some disagreement about ultrasonic pest repellents devices. For many years I have had the occasional mouse make its way into my house. After plugging in a half dozen ultrasonic devices a few years ago I haven’t had a single mouse come into the house. This is anecdotal evidence, so take it as you will. As for ants, sprinkling chili powder around baseboards and other access sites can potentially be effective.

In my experience, the first thing is always prevention: keep your living area clean.

Don’t leave crumbs, wipe off food containers daily, take out the trash promptly, clean up your dishes immediately, etc. All these little monastic habits aren’t just for keeping up appearances: they really do help protect the first precept.

Mice/ rats : a cat ( although the 2 mice that entered the house were safely escorted outside after isolating the cat)

Rats: cat was leashed outside and still caught and killed 3/4 rats that for some reason decide to run in front of him. 🤷🏽
Maybe he doesn’t look like a typical cat

So…
Spiders: you are welcome!

I intentionally cannot harm insects or so called ‘ pests’, I killed my fair share as a child as I didn’t know better. Ever since I got my first pet, my mind can’t take it🙏🏽 I just let nature take it’s course or trap and release them outside

Yes, human beings are, by far, the world’s worst pests! Far more heinous because we know what we’re doing and continue! We react in horror when we hear of aquatic animals choking on plastic as we put pounds of it into our shopping carts. I read a report that said that an estimated 3% of the 52 billion masks made for COVID this year will end up polluting the ocean.

For me, a householder with a home, vegetable gardens and landscaping, I have animals that I must live with but try and figure out how to not harm them while not allowing them to harm me. We keep a clean house and still, over the years, rats get into the attic somehow. They chew into the wiring insulation and I lost one electrical system, so I don’t want it to become a bad situation. I have two traps that I have caught over a dozen rats and I release them far enough away from the house so that they can’t return. I wonder if, by depriving them of their territory, I’m harming them. What does a snake handler do with the snake after it’s caught? I know it’s the way nature works, but wouldn’t using a cat as a rat killer be the same as using a mechanical trap as a killer?

I have a gopher problem. They tunnel underground extensively, eating the roots of the plants.W hen I plant new ones, I use wire mesh underneath them to protect the roots. Last summer I shoveled out all of the dirt from each one of the raised beds for vegetables and installed wire mesh. This year I didn’t lose any vegetables to gophers.

I know that by constructing a building, we’re the intruders, displacing the animals and insects. It just got me wondering how Buddhist monasteries and temples deal with these things when prevention doesn’t work.

chew into the wiring insulation

Yes , that is a big problem and Dangerous too. I understand the pickle you are in

clearly the cat is the preventative measure at my house). There are a few mice that stay in the garage In the winter but are gone in the summer when the cat returns.

Skunks and possums are natural predators of rats ( eat the babies

). I have plenty of them who visit at night so might be controlling the population.

Last summer I shoveled out all of the dirt from each one of the raised beds for vegetables and installed wire mesh. This year I didn’t lose any vegetables to gophers

wouldn’t using a cat as a rat killer be the same as using a mechanical trap as a killer?

Apparently the mouse problem goes away when you have a cat because of the cat’s smell (a protein in their saliva)…the mice just say no thank you!

(Fun fact, if a mouse gets a parasite from cat feces called “toxoplasmosis” they lose the ability to fear cats.)

I know some cats really do hunt to kill, but mine just play with the mouse when they find one. I can’t say it’s harmless because those poor little creatures look absolutely terrified and stunned.

That said, cats are obligate carnivores so you have to buy meat for them to eat (pet food)… So yeah, nothing is without some reprecusion…

I know this may sound “romantic” or kind of weird. Still, it works for me in an excellent way (albeit I always had a deep personal connection with nature and creatures since I was a child). Still, developing metta for all creatures even the most “repulsive” in a common-sense speaking, and reciting “the Snake King” Sutta, it does work for me.
I had an ant invasion of black carpenter ants in a toilet, and it was very annoying since they invaded the sink (probably to drink water). The sink was black with these little ants. I could not use it. Otherwise, I would have killed them. I started meditating in the toilet and developing metta towards them and chanting the Sutta.
Three days passed. One morning there were no more ants. I have not seen any since then.
I have other stories.
My point is: it works, and if it does not, you had an excuse to practice metta!

destructive and dangerous pests … that can plague buildings and living areas.

You can try to eliminate it’s root. Like rats, mice, and ants because your building is dirty. Wasps, hornets, grasshopper, etc because there’s food and water near your building. Try to remove it or manage it with nets to avoid them in your garden.

That is so wonderful

I have found that when I have a calm and kind mind state on walks, dogs try to leave their owners and run up to me

Maybe it’s just random at times, but animals are so in-tuned to threats and sense your intentions and dangers very well. My cat too is very picky with people and sometimes I can’t explain why he warms up to some and not others.

So your advice is spot on

it works, and if it does not, you had an excuse to practice metta!

Maybe it’s just random at times, but animals are so in-tuned to threats and sense your intentions and dangers very well.

I get that! It must be that they have adopted your way of meeting and interacting with the world. You’re the example.

Our home is a quiet, calm and peaceful atmosphere. We treat our two dogs with total respect and gentleness and they’ve grown up with manners and boundaries. We don’t need to yell; with just a simple hand signal they will wait, stay, come, etcetera. They are free to roam in their designated areas and don’t violate the physical boundaries. And when they meet other dogs, they check them out and either get along peacefully, move away or just ignore them. Other dogs can be barking and growling, flapping and twirling and our dogs just act like they’re not even there.

Haven’t you mentioned that you were a neuroscientist? I recall LeDoux write that when pregnant mothers are in their third trimester, there are billions of neural cells that need to be culled before birth. The paring depends largely upon the presence of stress hormones and bear out with a brain equipped to interpret the world as hostile or friendly. Perhaps the brain elasticity of our pets follow this same premise!

I remember an anecdote from Ven. Hasapanna when they had a termite (?) infestation in one of their kuties at Dhammasara. She had reached out to Ajahn Brahm for guidance. I’m not 100% sure on his answer… haha.

Anybody happen to recall this?

I always use a duster and container for spiders, centipedes, etc, I have lots of visitors

I always spread good wishes to them after I release them and wish them a successful journey! I also avoid grass areas of I can so I don’t accidentally crush any homes or strays. Just do the best you can and be mindful at all times